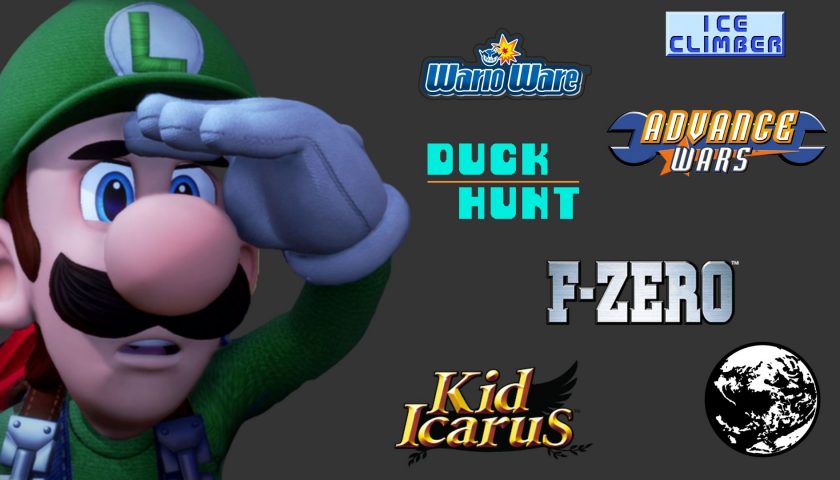 Welcome to Lazy Writing, a place where Player 2’s writers can fill in a quiet day while being as lazy as possible. After all, what is lazier than a “countdown” article? Don’t worry though folks, all of our responses will be on one page, we are too lazy to chase hits by putting them on multiple pages.

Lazy Writing: 5 Nintendo IP in Need of an Adrenaline Hit

Nintendo is hitting some home-runs with some of its biggest IP, from Zelda, to Animal Crossing, Mario, Smash and Mario Kart all-dominating, while others like Luigi’s Mansion, Xenoblade and more have a steady trickle of love coming their way, and the fans are latching onto them. Off to the side however, there are some other Nintendo franchises that are getting lost in the shuffle a bit. These are the five Nintendo IP in need of an adrenaline hit.

I know Metroid Prime 4 is on the way, but it’s a long way out, what with the restarted development and all of that. Metroid is one of the Nintendo elite, but is often treated as though it’s the forgotten child. Fans beg, Nintendo teases, but rarely does anything come of it. Now Samus Returns was a faithful remake, and Prime 4, with Retro behind the wheel is an exciting prospect, but these need to serve as the beginnings of a glorious new era for Samus Aran.

You’re probably sick of me banging on about this one on the various Player 2 platforms, but the Kid Icarus franchise is perhaps the most underutilised of all of Nintendo’s IP. Uprising is a long way in the rear view mirror these days, but the franchise has the potential to become one of Nintendo’s most valuable, in a similar fashion to Zelda. Give it to Retro (when they’re done with Metroid), and give it the Zelda treatment. Not Breath of the Wild levels of open, but more like what we love about Ocarina of Time, Wind Waker and Twilight Princess. You know it makes sense

Not familiar with Mother? Does Earthbound ring more of a bell with you then? A sore spot for old school Nintendo fans, we continue to get teased by the Mother IP but never see anything of it. Nintendo is aware of its popularity with (now retired) NOA boss Reggie Fils-Aime regularly fielding questions during guest spots to the point where he’s had to ask that it stops. This quirky JRPG fan favourite franchise could be treated so much better, and yet it languishes. Come on Nintendo, give us another Earthbound-like classic.

Speaking of JRPG’s that need some love. The Paper Mario franchise hasn’t really left our radars with a new game emerging on every Nintendo home console since it’s debut on the N64 (and the recently announced Paper Mario: The Origami King is only a month away), but since The Thousand Year Door it has been a slippery slope as the franchise gets further and further from what made it great to begin with. Lean back into the turn-based combat, do away with stickers and colour splashes and get back to what made Paper Mario and it’s sequel so incredible.

Golden Sun has been quite clearly overtaken in the Nintendo internal popularity contest by MonolithSoft’s Xenoblade Chronicles franchise, but that doesn’t mean that it needs to languish in the cellar as it has been. With all resources now focussed on the Switch, and new Xenoblade titles still being fairly few and far between, Golden Sun could be the perfect franchise to puncture the large expanses of time between releases. Camelot is underutilised themselves and it would do wonders for the Nintendo portfolio to see them, along with the Golden Sun IP, back in full flight once again.

So those were the 5 Nintendo IP that would most like to see Nintendo reinvest some time, love and some of the mountains of gold into. Have some other suggestions? Hit us up via our social platforms and let us know what you’re hoping for!