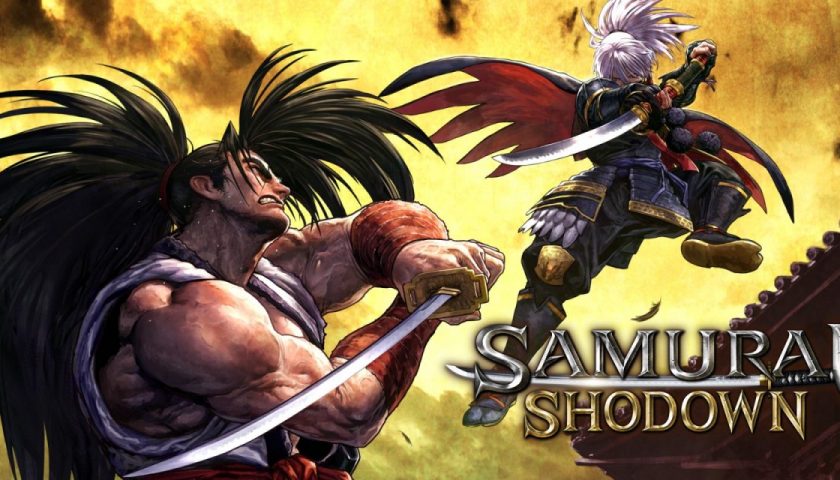 Samurai Showdown – Slicing Up the Competition

I have to get this out of the way straight off the bat. I really liked Samurai Showdown. I liked it so much in fact that, with the exception of Netherealm’s fighters, it is the most fun I have had with a one on one brawler since the peak of Street Fighter 4. At the same time, I can see that my feelings towards the game won’t be universal, why this title won’t win everyone over. You see Samurai Showdown is something of a unique beast in the world of fighting games and that individuality means that it will likely split opinions right down the middle. Let me see if I can explain.

For starters let’s get the background out of the way. Samurai Showdown is a modern reboot of the classic Neo Geo games. There were five main entries in the franchise (with multiple special editions as seems to be the norm with fighters) and while they never achieved the grand heights of fame that Street Fighter and Mortal Kombat did, they had their own dedicated fanbase at every arcade I ever visited. What set Samurai Showdown apart was the pace of the combat. In most fighters, it is about getting in the right position to deliver high damage combos, getting multiple hits in before the opponent can recover. But with Samurai Showdown it was less about combos and more about punishing mistakes. You see even a simple heavy attack could inflict huge damage, one hit could end the fight. Blocking and parrying became essential and the timing of any big attacks was critical.

That has all translated into the modern version and it makes for a wonderfully refreshing fighter in the year 2020. Combos are present of course, but for the most part, they are mainly as a result of a special move and don’t do the same amount of damage that a heavy attack does. This means that specials become a way to manage the battlefield. Sending out fireballs to push an opponent back, using a rising uppercut style move to stop a jump in, teleporting around the enemy’s predictable patterns. Specials are used to set up the big hit, the slice that will not only end the match but split the opponent in two if it is the final round. This requires a big shift in thinking for many players and it is here that I think people may be put off by the game. But for me, this slower, more methodical pace captured me and I had a blast honing my skills, looking for those perfect moments to take the opponent down.

Being a fighting game there are a whole range of specials, super specials and ultra specials to master. From screen-filling attacks to giant combos, these specials can only be done once a super meter has been filled. Pretty standard stuff right? There is one difference though. As Samurai Showdown is a game that focuses on weaponry, there is one special move that can knock the weapon from your opponent’s hand, leaving them with nothing but their fists. This move does good damage, but more importantly restricts the abilities of your enemy, changing the flow of the battle in the process. More than once this move got me out of a sticky situation, turning the tide my way. I think that is the real beauty of this game, the fact that you are never out of the fight. The high damage nature of many of the attacks means that things can change from a seemingly guaranteed victory to utter defeat in the blink of an eye, meaning any lapse, any mistake could cost you the match, no matter how well you are doing.

The character designs are all wonderful too. The classic characters look great with their modern update and the new characters all fit the universe well. There is a huge range of fighters, with only a couple sharing similar movesets, and more being added through DLC all the time, so there should be a fighter for just about everyone. The game uses a cel-shaded/hand-drawn art style that really brings out the personality in the fighters and gives the game a unique feel overall. It isn’t as detailed as something like Mortal Kombat, but then doesn’t have to be. The action is buttery smooth and controls are tight and responsive which is the most important part of any fighting game.

As far as game modes go, this is where Samurai Showdown’s smaller budget can be seen the most. There are no overarching story modes like in MK, no giant rooms full of unlockables. It is pretty bare-bones. The story mode is essentially the traditional Arcade mode for most fighters, a small story for each character ending in a boss battle against the prime evil of the game. The online suite is also a little thin but it works well and there are some pretty standard vs and practice modes to sink your teeth into. There is however an asynchronous multiplayer mode that records how you fight, creating a “ghost” in the process. This then allows you to fight the ghosts of other players in much the same way as the Drivatar system in Forza games work. It is a cool feature and one I can see myself playing quite a bit of as the days go by.

The PC version of the game, which I reviewed, comes out nearly 12 months after the console version was released but it does have the benefit of coming with all the DLC characters that have been released so far. As far as PC ports go, it is basic but functional, lacking a lot of the graphical and audio options that PC gamers have come to expect. It runs well on both my beasty gaming PC and my 3-year-old gaming laptop so it should be pretty smooth sailing for most computers out there. The one thing I did notice however, the load times between matches are a little long on a standard hard drive, not as long as SFV’s were, but long all the same. Install this one on an SSD if you can folks, it makes the world of difference.

Samurai Showdown is a unique fighter in a world where many games in the genre can feel similar. The slower pace/high damage fighting system is a joy to master and provides players of all skill levels the feeling that they are always in the match, no matter how bad things are going. This, along with a huge range of entertaining fighters, smooth as silk gameplay and a solid PC port means this is a game that fighting fans should at the very least check out. There are a few issues insofar as load times can be a bit too much and the game feels a little light on for content when compared to recent Netherealm efforts, but that shouldn’t dissuade you. Samurai Showdown is an excellent fighter that brings the classic franchise into the modern age with style and is hopefully just the beginning of the series’ return to fame.