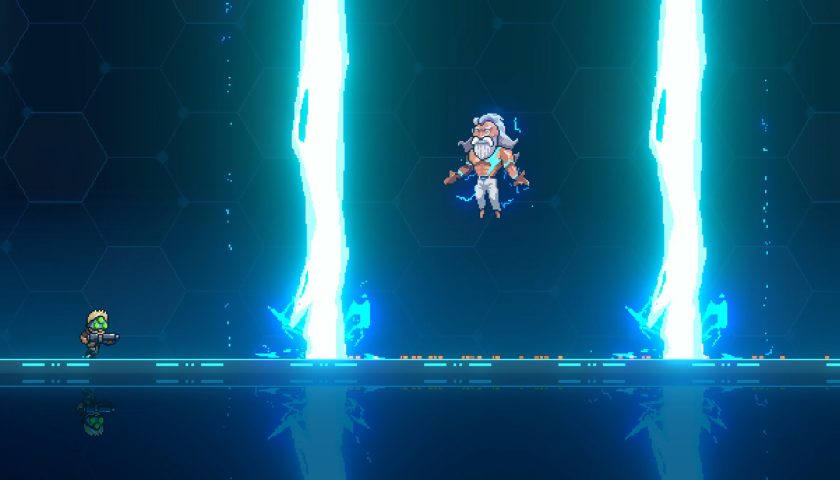 Neon Abyss, a roguelite 2D shooter in the vein of Enter & Exit the Gungeon, is blasting away onto consoles and PC next month, on 14 July.

From developers Veewo Games, who achieved success on mobile with Super Phantom Cat, and published by Team 17, Neon Abyss promises plenty of flashy action and hallmarks of the rogue-lite genre.

For those unfamiliar with roguelikes and rogue-lites, particularly the differences between the two, my understanding is that game progression is the main separator. Roguelikes usually focus on building high scores within a single play session, where failure means starting again from the beginning with little to no progress carried over between sessions. Conversely, rogue-lites involve an ongoing progression, such as currency and upgrades, making you a little more powerful with each play session.

Neon Abyss falls into the latter category, due to a gameplay loop revolving around collecting items and pets to become stronger with each dungeon attempt. However, there appears to be more than just shooting through dungeons, with many collectables, procedural level generation, and mini-games to play along the way. Not to mention a bonkers-sounding plot involving a directive from Hades to take down the New Gods. Standard stuff!

Not sure if Neon Abyss is your thing? There’s a demo available now on Steam with an interesting twist: the demo’s duration is tied to your selected difficulty, with more time granted the higher the difficulty. You’ll get 15 minutes for ‘easy’, 18 minutes on ‘medium’, and 24 minutes to take on the ‘hard’ difficulty.

I was impressed by Neon Abyss’ demo; its sharp visuals, dancey soundtrack and smooth gameplay are promising. None of the progression elements are unlocked for the demo, but some of the menus teased at what one could expect. My only gripe from a short play session was the lack of clarity between helpful items and damaging projectiles; more than once I tried to collect a heart-shaped object, only to be scorned! In a game such as Neon Abyss where you need to rapidly process multiple visual cues, a little more distinction between such objects would be handy.

I’m a big fan of rogue-lites done well, such as Rogue Legacy and the aforementioned Gungeon games. Neon Abyss looks to tick similar boxes, so neon-colour me interested.