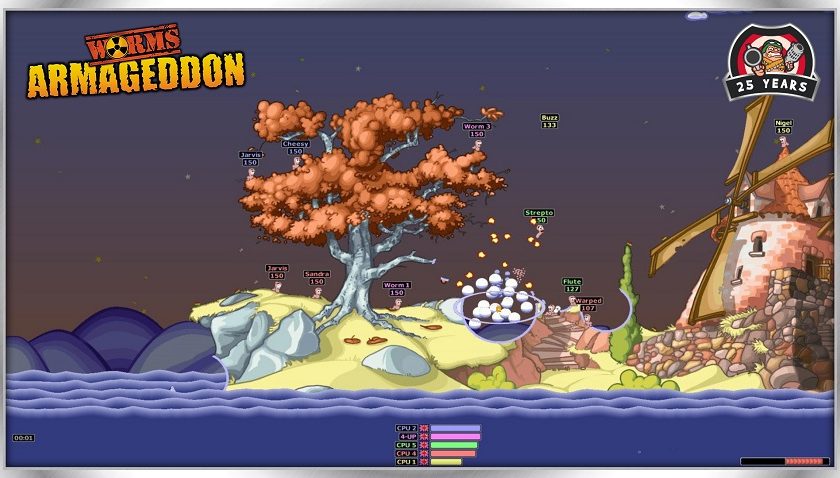 All of the 25th anniversaries that we are having this year just goes to show that 1995 was a pretty awesome year in video games. Now it is time for Team17 to kick off their festivities for the 25th anniversary of the Worms series.

Arguably we already had the announcement of Worms Rumble entering beta testing, with the promise of real-time combat and 32-player Battle Royale modes (you got to go with what the hip young kids want these days!). Today Team17 have announced a fan-driven update for Worms Armaggedon, which has still maintained updates from the developer since its initial release in 1999 and its release on Steam as a standalone game in March 2013. It is arguably on quite a few systems, but it is safe to assume that the majority have put their Dreamcast versions of the game to pasture!

Patch 3.8 includes a metric ton of fixes and changes. Of particular note, this patch includes the ability to affect the game’s physics, the introduction of new CPU-controlled teams to online matches, and the introduction of ‘Mapshot’ (allowing players to start a new game on land decimated during a previous battle). The ability to save your replays and play either solo or in online multiplayer also looks like a barrel of fun.

Team17 obviously have a lot in store for us as they countdown to the 25th anniversary on 17 November 2020, but for now this latest update to Worms Armageddon brings enough interesting new gameplay to tide us over.