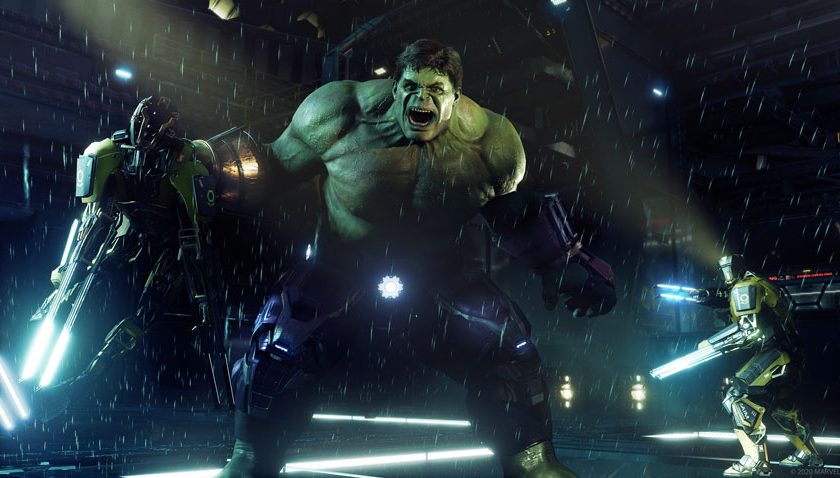 Sit down, because this gets complicated. You know the Avengers game coming out? The one where the characters don’t look like the movie actors who have been imprinted on our retinas for the last 37 years? I guess you might call these the Uncanny Valley Avengers. Well, this new Avengers is getting a beta, but not just any beta – a better beta on PS4, with less better betas on Xbox One and PC. Here’s the rundown on when you may or may not have access to the best beta:

Stick with me here.

PS4 (again), Xbox One and PC and you are a general member of the great unwashed public – August 21 to 23

An upcoming “War Table” (ooh, sounds ominous) digital streaming event thingy will take place July 30 at 3am AEST. This is promising an in-depth look at what the beta (and presumably final game) will offer. It looks like the game will be split between single-player Hero Missions and co-op War Zones, which we’re promised will scale dynamically based on the team size and how levelled the players are. And now, I leave you with roughly 62 paragraphs from the publisher regarding Marvel’s Uncanny Not the Avengers but Really They Are the Avengers: The Hero Game (Working Title).

Marvel’s Avengers offers players a truly rich experience, with a combination of Hero Missions and War Zones. Hero Missions are single-player only and are part of the initial Campaign. They are designed to showcase each hero’s unique abilities as you reassemble your growing roster. War Zones can be played solo or with a group of up to four players* as any Hero in your roster. Each mission dynamically scales based on the team size and player level.

Players in Marvel’s Avengers will also be able to customize Earth’s Mightiest Heroes in a number of ways. While each Super Hero will play true to their unique power sets, each will have the flexibility to play differently based on the gear you equip them with and the skills you enable, so no two player’s heroes will play in exactly the same way. Each hero has dynamic combo systems, Heroic moves, an intrinsic ability, and signature move sets to unlock and customize – many inspired by classic moves from the 80 years of Marvel history in all media, others crafted as originals just for this game.

Players also customize these iconic Super Heroes with classic, fan-favorite, and all-new original outfits inspired by over 80-years of Marvel history, including Iron Man’s suit from the 2014 Original Sin storyline, or Thor’s Donald Blake identity, which is a nod to an alias of Thor’s who first appeared in 1962’s Journey into Mystery issue 83.

Marvel’s Avengers is an ambitious game, starting with a global high-stakes race to rebuild the Avengers. But that’s just the beginning. To ensure a continuing heroic experience for all players, the narrative of Marvel’s Avengers expands, and threats escalate with each new post-release Super Hero, region and story arc delivered to players at no additional cost once they own the core game.

Marvel’s Avengers will release simultaneously for the PlayStation 4, Xbox One, and PC on September 4, 2020. Marvel’s Avengers will be available on PlayStation®5 and Xbox Series X when the consoles launch in Holiday 2020. Players who own the current-gen version of the game will be able to upgrade to the next-gen version at no additional cost, regardless if players are moving from PlayStation® 4 to PlayStation 5 or Xbox One to Xbox Series X. Those moving their saves to next-gen will transfer their player profiles and progression so they can pick up right where they left off. In addition, cross-gen play will be supported so PS5™ players will be able to play with their friends on PS4™ and Xbox Series X players will be connected with their friends on Xbox One.