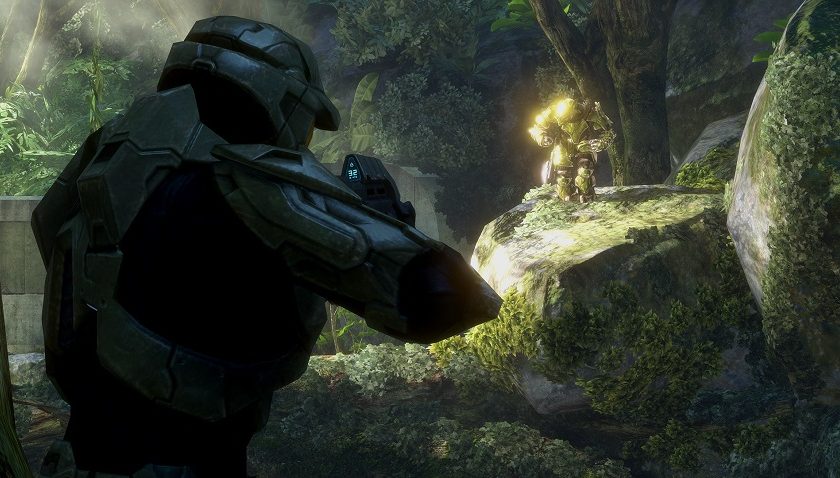 For those not keeping tabs on the Steam release of Halo: The Master Chief Collection (MCC), let us fill you in really quick. A bunch of months ago (when Coronavirus just meant you drank too many beers in one sitting), The MCC was released (finally) on Steam, something many PC gamers had been wanting for a very long time. The release was a staged effort though, initially launching with just Halo Reach, other versions (Halo 1, 2, etc) would come out every couple of months or so. Now fast forward to this month and for the first time in history, Halo 3 can finally be played on your PC! Slightly more than just a port, the marketing crew at Microsoft are boasting some new features, i.e. up to 4K support, running at a smooth 60 fps, customisable FOV as well as (finally) the ability to play with a mouse and keyboard. So, how well did they do? Read on and find out.

Let’s start with the obvious improvements, graphics. For the purpose of this article, this was tested on an i7 with a 5700XT and using a 1440P monitor (which runs at 144hz), so sadly no 4K testing on my rig. The visuals look quite incredible and the game never dropped below its touted 60fps on these specs, the improved resolution and FOV really gave the game a more modern look, but more importantly, the port felt incredibly smooth and not one screen tear was seen.

Some of the disappointing aspects with the MCC’s ports so far (more specifically in Halo 1 and 2) have been a handful of little issues that the developers maybe decided weren’t worth ever resolving or were much too difficult to do so. The ones that bothered us the most were graphical glitches that would make weapons fire from anywhere but the gun in Master Chief’s hands, running the game above 60 frames per second would screw up hitboxes on enemies and of course the horrendous netcode (to this day, we still couldn’t play the final mission on Halo 1 in co-op mode as it would always bug out). Unfortunately, due to the early code, playing Multiplayer online or with friends was impossible but all other issues were nowhere to be seen, the game just seemed extremely polished and any fears of some dodgy port issues were completely gone as we got through the entire campaign.

Even with its improvements, it’s important to note that they’re minimal at best, what you’re really after is the ability to finally experience Halo 3 on your PC, with a mouse and keyboard, without any bad side effects from the port. This latest update to the MCC on steam delivers on all these things. The next question you might be asking is what’s next? Thankfully Microsoft has been fairly forthcoming with this information and Halo 3: ODST will be the next instalment, followed lastly by Halo 4 (both of which will be their debut on the PC). If Halo 3 is any indication of what’s to come, it’s clear skies ahead and we’re quite excited for it!