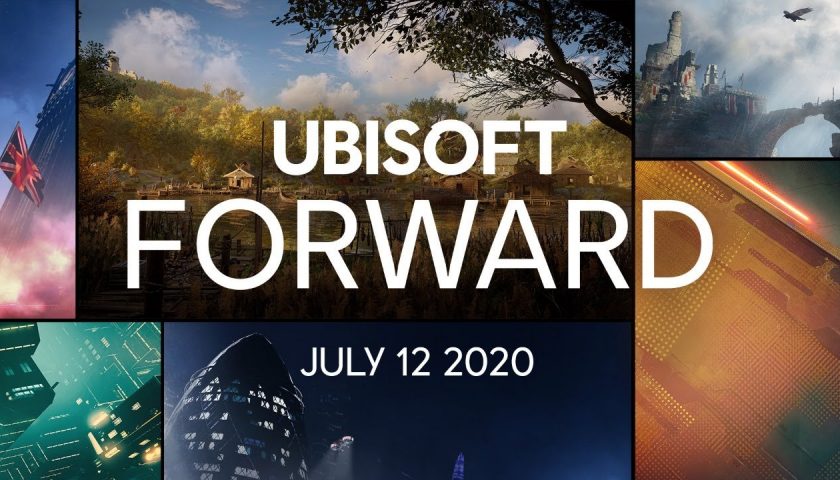 In the year of the lord 2020, conventions and conferences are no more. Wiped from the earth by a plague of biblical proportions, gamers are now forced to watch glorified Zoom meetings to get their fix of hype. Today it was Ubisoft’s chance to fire up Skype and talk to their world about their upcoming slate and as is tradition, Paul and Matt have put their heads together to pick it apart.

Matt: This game, of everything I have seen from Ubisoft in recent times, is looking to break the mould and be a genuine innovation. The concept of “play as anyone in London” is something that is amazing in scope, yet it looks like Ubisoft are going to deliver it. From the stunning cinematic trailer shown, to the clearly improved combat, everything is looking outstanding for the third entry in Ubisoft’s hacking franchise.

We also got an October release date for the game, confirmation that on Xbox it will utilise Smart Delivery (no word on something similar on PS4/5 which is possibly concerning) and the inclusion of sexy RTX lighting and reflections for PC, PS5 and Xbox Series X. The key to this one will be how the gameplay loop, with such different ways to play, comes together to tell a cohesive and interesting story. If they can nail that, this is a game that could be in the discussion for Game of the Year awards.

Paul: From a gameplay standpoint the “play as anyone” idea is quite cool, my worry is that without us being provided a clear protagonist I’ll feel more detached from the narrative experience as a result. I want a protagonist I can get around, who has a deep history, with more to unravel as the experience plays out, but I don’t feel like we’re going to get any of that here, simply because it’s not feasible to create that backstory for the countless thousands of “Joe Citizens” we’re going to have available to us. Again, from a gameplay perspective, I’m in, I love what I’m seeing, but that narrative aspect is a massive drawback for me.

Matt: Another battle royale, though this time it seems there are some significant differences that should set it apart from the pack. The futuristic setting, fast movement and power-ups almost seems like the game is pushing into Overwatch stylings within a battle royal game setup. I especially like the fact that people watching matches can vote on different conditions in the game world, like reducing gravity, to mix things up for the people playing. I am keen to check it out, so much so I have downloaded the open beta and will be diving in shortly after I finish this article.

Paul: Hyperscape is definitely doing some interesting things to separate itself from the Battle Royale herd, it’s that philosophy that has enabled others to climb out from under the giant Fortnite shadow (like Apex Legends for example), while others that have simply aimed to replicate Fortnite, have been squashed. It’s not for me personally, just like most multiplayer shooters, of the Battle Royale variety or not, but I’m glad that Ubisoft is shooting for something different here.

Matt: I am digging the look of this, it seems to be a nice upgrade on what we saw in Odyssey. The village raiding, ship combat and general gameplay all look to be entertaining ways to interact with this Viking world. I especially liked the look of dual-wielding for combat. All that being said I think I am safe in saying that if you didn’t enjoy Odyssey, then you won’t enjoy Valhalla because all indications point to this game heading down the same massive path. For me, that is more than ok, but I know it will put others off.

The other big question mark is the release date because it competes with a certain massive RPG that is likely to take a huge part of AC’s audience. I also thing the launch date indicates that AC Valhalla will be a launch title for both systems and while Cyberpunk will work on the new consoles, there won’t be all the bells and whistles that the next-gen allows (just yet) so perhaps Ubisoft is hoping that will hold them in good stead.

Paul: As Matt mentioned, this is a wonderful expansion to the foundations laid by both Origins and then Odyssey. The setting and Viking nature, does open up a host of new possibilities for this recent overhaul of the franchise that began with Origins, but my worry, one that is becoming a more prevalent opinion throughout the consumer based in recent years, is that it might just become a bit too much. For as much as I adored Odyssey, every single bit of it, it was really bloody long, and if Valhalla is an even bigger game, I just can’t see myself getting through it, what with the likes of Cyberpunk 2077 and Spider-Man: Miles Morales (and undoubtedly more of equal size and score) all landing in the same window of time. I’m keen, but I’m trying to keep my excitement in check as well.

Matt: Cool bad guy? Check. Exotic location? Check. Disturbing Violence? Check. Must be a new Far Cry game. Far Cry 6 is set in a location that is based on Cuba and frankly, that gets me excited straight away. I am fascinated by Central America so the chance to play around in that setting is a big tick from me. What we saw was only an intro trailer but we have all played Far Cry by now so we know what to expect. Let’s hope when it comes out in Feb next year that it brings some new tricks to the table because after New Dawn, I feel there is the need for some fresh mechanics in a franchise that feels a little on the tired side.

Paul: New Dawn brought some really cool elements into the franchise, and I’m hopeful to see some of them carried through to this new entry. The formula, as much as it speaks to me, did start to wear out it’s welcome by the time Far Cry 5 rolled along, and despite it still being present with New Dawn, there was a suite of new additions that made the gameplay loop feel different enough that it didn’t grow stale. I love the setting and Giancarlo Esposito is a genuinely awesome casting choice for the franchise. I only hope he’s given an awesome script to work with, that we might get a villain of the calibre of Vaas or Joseph Seed. It’s also nice to get a confirmed 2021 release. The end of the year is starting to fill out nicely, but it’s great to get a small peek into what’s further down the line.

Matt: I liked this showing from Ubisoft, A very solid 4 game lineup (barring mobile titles) in a short and sharp presentation. Only four games but all four have a real chance at being excellent. There are always detractors because of the way Ubisoft makes games, but they are a company that excels at listening to player feedback and making adjustments accordingly. Hopefully, these games, along with a cleanout of some rather nasty individuals from the company, is the beginning of another golden run for the French software giant.

Paul: Sadly the leaks of recent days really took the wind out the sails for Ubisoft here, and I feel for all those (non-abusive) employees who have been robbed of an awesome moment to see their games unveiled to the world. That said, they work at Ubisoft and they should be used to leaks by now, as sad as it may be. This first entry of Ubisoft Forward gave me everything I needed to know about the more immediate future of the company and the games they’re developing, but the promise of a follow up event later in the year has me salivating as we’re likely to get a far more diverse showcase, Far Cry 6 will obviously be there but beyond that, we’re looking at Beyond Good & Evil 2, Roller Champions and god knows what else (Can the Prince or Sam Fisher please stand up?), maybe even some more Mario and Rabbids action?