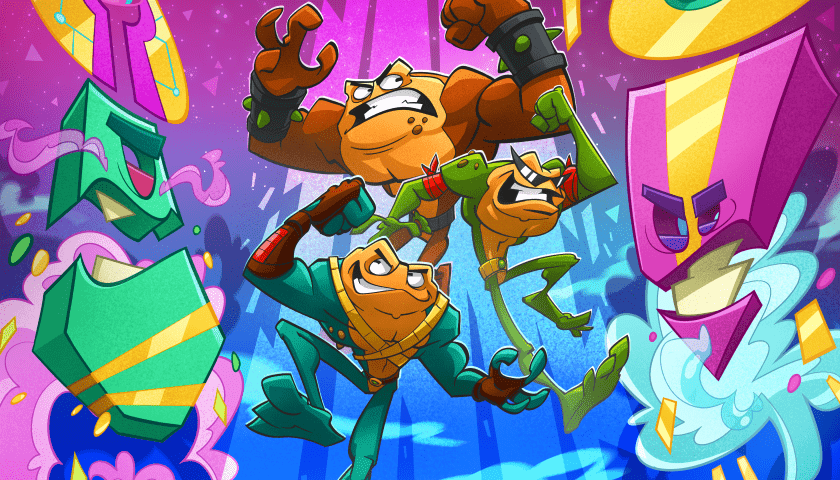 It has been a long 26 years since the Battletoads last graced gamers, and as the years have passed, beat-em-ups have developed, gamers tastes have changed, and the legacy of the toads has faded over the years. A small pocket of the internet had carried the torch for the Battletoads, and when Phil Spencer took the reins of Xbox, a prick of hope emerged for fans. Finally, at E3 2018 it was revealed that the Battletoads were, at long last, on the road to relevance once again. Now, two years later, the clouds have parted, the Battletoads are finally back, but can Zits, Pimple and Rash still win hearts more than two decades on?

Though our lives have been Battletoad free for 26 years, they had no idea. For that time, the toads had found themselves in a bunker, living a life of delusion, believing that nothing had changed, that they were still the unstoppable badasses they always were. Eventually, the bubble is burst on them, thrusting the trio into a life of normalcy. Desperate to reconnect with their cooler, retro selves, the toads make for the Dark Queen and a wild, though dysfunctional and utterly faffling narrative that takes the trio to all corners of the universe unfolds, one that even takes them to a heaven-like Utopia to take out a pair of beings of the same name. There’s no sense to the madness, but it does set up some great laughs and a constant change of pace in the gameplay sense.

Though a beat-em-up at its core, the DNA of the Battletoads franchise has been tampered with significantly in this latest entry. Conventional brawling has taken a back-seat in this entry to a myriad of alternate playstyles, Battletoads 2020 boasts numerous turbo bike segments, platforming levels, Metroidvania style components, hacking mini-games, twin-stick shooting levels and much more. This smorgasbord of different level types, while generally executed quite well, change the pace so often, and command so much of the total gameplay time, that the player doesn’t get nearly enough time with the core brawling experience. The problem is that in a gameplay sense, Battletoads lacks identity, it too often bounces from one gameplay style to another that momentum is often lost, making the games four acts feel disjointed. Many of these segments outstay their welcome, or resurface on multiple occasions and drags players from the things they want to be doing most – punching and kicking people in the face.

Players have the ability to play solo, or in co-op with up to two other friends, while, much to the delight of many who undoubtedly still have nightmares over the difficulty of the older titles, the game also boasts a selection of difficulty levels, making the game just that little bit more accessible for the modern audience. All of them are available from moment one, and also that the hardened fan, looking for the most intense of challenges, can get what they desire right out the gate. The normal difficulty though sits right on the sweet spot of constantly challenging, regularly pushing back against the player, whilst never being soul-destroying.

There’s no questioning the style and personality of the Battletoads in 2020 though, the trio has brought with them their trademark style from the 90s’ and dropped it in a modern setting. It’s a wonderfully refreshing change of pace, with dated humour, horrific references, and clumsy slapstick likely to leave you doubled over laughing, or your jaw agape; either way, the crude attempts at humour more often than not hit a target. That personality extends to the game’s audio/visual presentation. Battletoads is truly stunning to beyond visually, a vibrant colour palette and stunning animation are likely to take your breath away. The nature of the Battletoads universe is such that the artists at Dlala and Rare no doubt enjoyed immense creative freedom, and when paired with the general art style of the game, produces exceptional results. The soundtrack captures an electric 90’s feel that doesn’t take long before it has you in its grasp, getting the foot tapping and head bopping to the beat. The toads and other periphery characters have all been well realised in their voice-acting too, sounding like what a bunch of mutated, anthropomorphic, English-speaking toads would presumably sound like – gross.

Battletoads doesn’t stick around for a long time, clocking at approximately 4-5 hours in length, with that number varying somewhat dependent on difficulty level or proficiency at certain game types. What hurts this 2020 take on a beloved franchise is an inability to stay to course for long enough to whet the appetites of long time fans. The brawling segments are too few and far between, and while the other game modes that pop up are very well designed and executed, you will find yourself longing for fewer of them, so that you can swing your fists for longer. Let’s hope we see more of Zits, Rash and Pimple in their natural habitat next time.