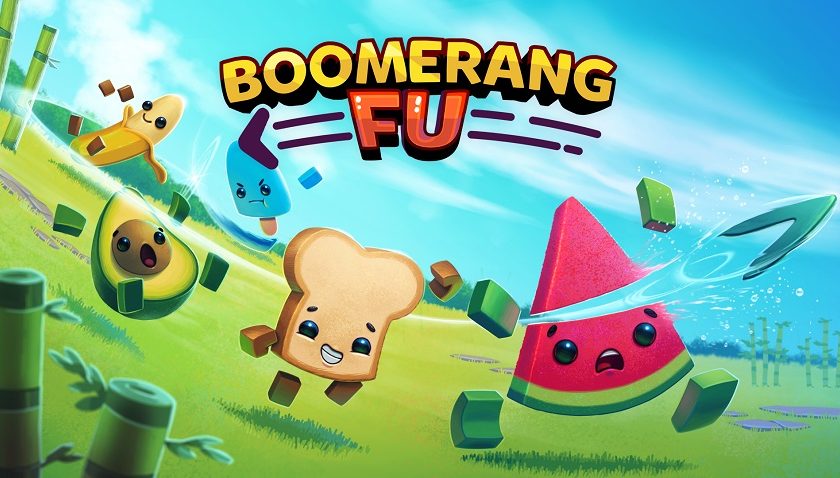 I chose this one out of the several press releases that came through because I figure we all could do with some levity, and the idea of a slice of watermelon thoroughly slaughtering an avocado with a boomerang is just too good to let pass by.

There are twelve food-related characters you can choose in this local multiplayer title. There’s space for up to six players to literally food fight, but if you are friendless there’s the option of Steam Remote Play to battle against people from anywhere in the world. You can also practice against the CPU and use AI to fill teams.

There are three game modes – Team Deathmatch, Free for All and Golden Boomerang (this sounds right up Trump’s alley). You can use powerups in matches and these persist between rounds and include multi-boomerangs, ice boomerangs, disguises, exploding weapons and more.

Here’s a quote from the dev:

“Part food fight, part Hong Kong action cinema, Boomerang Fu takes a cute concept and makes it fun for endless hours,” said Paul Kopetko, founder of Cranky Watermelon. “Your parents probably told you not to play with your food, but now I’m very much encouraging you to do so.”