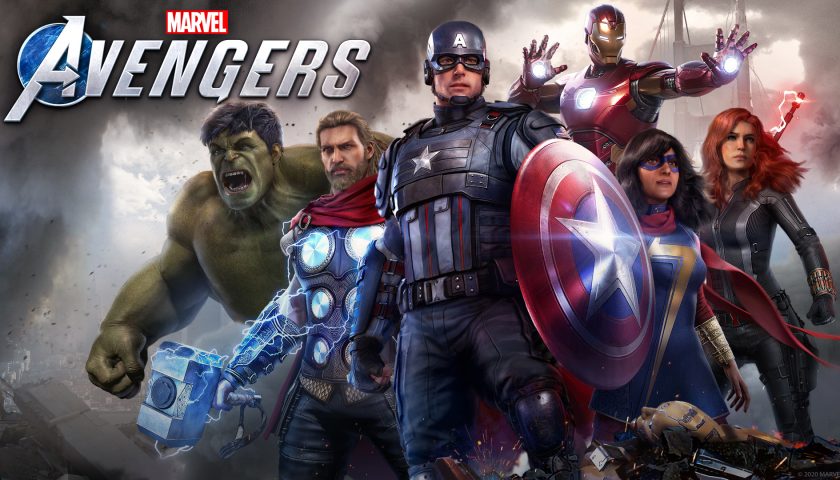 Crystal Dynamics big shot at the superhero genre is about to hit beta for those folks that have pre-ordered. But thanks to some blackmail material and a very kind group of PR folk, both Paul and Matt have gotten a head start on the action and have been playing over the last weekend. They found some interesting things going on and decided to join forces to lay it all out for you, our dear readers.

Matt: So Paul, let’s set up some background shall we? Were you excited, nonplussed or neutral about The Avengers before coming into the beta?

Paul: I was perhaps warmer on the game than most having had a BCD appointment with the game at PAX Aus last year that also gave me the opportunity to speak to Crystal Dynamics Lead, Scot Amos and he managed to explain a lot things the team was attempting with the game in a much clearer way than what was presented at E3 2019. I also quite enjoyed my time playing the game, from the Golden Gate Bridge prologue to a HARM room experience with Kamala Khan. I was happy with the direction that the game was going in, but just needed to see more. Recently that’s been the case with the beta that you and I have both spent the past weekend playing. What did you make of it, and where was your head at going into it?

Matt: I also attended a press preview of the Avengers at PAX last year so I had more of an idea as to what was going on with the final product, which was nice because the opening level shown in the initial trailers isn’t the best way to sell the game. This beta should alleviate a lot of that disappointment among gamers because it is a much truer representation of the final product. I want to start with what I think is going to make or break this game and that is the story. What I have seen in this beta gives me high hopes that there is a rollicking good Marvel tale waiting to be told and using Kamala as the focus seems to have been a stroke of genius. She is acting as the audience surrogate so complicated comic things can be explained to people who don’t know what is happening without speaking down to those who are more versed in Marvel lore. How do you like their approach to storytelling?

Paul: You’ve nailed it there with that, as someone who isn’t overly well versed in Marvel lore, and is a looooong way behind now on MCU films, my knowledge of all things Avengers isn’t as rock solid as many, but by presenting everything through Kamala’s lens, Crystal now breaks down many of those barriers of entry that may have otherwise kept someone such as myself out. That shone through immediately in the time I’ve spent with the Beta, from the two core missions to some of the character centric War Table missions I was impressed by the storytelling, and loved learning about Kamala, Hulk, their backgrounds and how their stories are weaving into the game’s larger narrative. My one concern, relates to how the playing experience might invade the storytelling. Being a live game where partying up is key (though not essential apparently), my worry is that constant background chatter from team-members is going to drown out the dialogue between characters. I certainly found that when you and I took on Hulk’s personal story mission, you and I both spoke over the dialogue and missed out on some plot points. It’s easy enough to overcome if you’re in a party of friends who are all on the same page, but if you’ve got randoms chirping away in your ear and you’re missing out on story I can imagine that’ll grow quite frustrating.

Matt: That brings us to the true nature of the game. The Avengers is, for all intents and purposes, a live game just like Destiny, The Division or Warframe, in that there are constant changes to the world, an endless supply of loot and a rotating list of missions at the War Table. In fact, structurally (and without the confusing F2P stuff) the game feels more like Warframe than anything else. There are various different types of missions, but they all seem to fall into an archetype. There is the destroy a location mission, the kill a certain amount of baddies mission and the protect a data point while it downloads mission. Stuff that every gamer has seen before. This is where I worry things might get stale because while this sort of thing is enjoyable to begin with, it can lose its lustre very quickly. Hopefully, the full release brings more than just these simple mission types to the (war)table. But what about the individual Avengers Paul? Did you find them all sufficiently interesting to play as?

Paul: Like you, I’m hopeful that we see more than just those typical mission types, and you would like to think that with The Avengers backbone, that we’ll see more varied mission types as the full release arrives. As for The Avengers themselves, I was quite taken by all four playable Avengers (Kamala, Hulk, Iron-Man, Black Widow), and how they all differ from one another, yet simultaneously still have a similar skillset. There’s nothing (seemingly) that any Avenger is incapable of doing, it’s just a matter of how you get to that destination. From breaking down shields to traversing large areas, each character can perform the same tasks, but how they do it might differ. I really appreciate that because nobody is necessarily advantaged or disadvantaged, but you’re expected to know the ins and outs of the character you play as, if you wish to be an effective member of your team. This perhaps leads to a recent point of contention amongst the gaming community. There’s a certain web-slinger that was (since we played on the weekend) revealed to be coming to the game exclusively for PS4/PS5. What do you think of that, and does it impact the platform you intend to play the game on?

Matt: I get the idea and the business sense in having these sort of exclusives but frankly I don’t think they are worth the bad press they generate from players and media. I also understand that Sony is in a somewhat unique position with Spider-Man, so for him to appear at all it was always going to be because of something like this. I think if they are going down this path there should have been an exclusive for each system, eg Sony gets Spidey, Xbox gets Scarlet Witch, PC gets Doctor Strange, that way it avoids the feeling that players are missing out based on what system sits under their TV. For me, it won’t affect my plan to purchase this one on PC, but for die-hard webheads, I am sure it will be something they take into consideration. All that being said, there has been confirmation that future characters will come and no cost and there are no loot boxes or pay-to-win scenarios so that is nice to hear. Anyway, we have waffled on long enough, final thoughts Paul?

Paul: My feelings toward Marvel’s Avengers have grown from lukewarm at E3 last year, to somewhat positive following PAX AUS to now quite bullish about the prospects of this game. Each time I see it, and learn more about it, the more confident in Crystal Dynamics and Square-Enix I become. I’m not expecting perfection out the gate, in fact, none of these shared-world experiences have launched without faults yet, but I’m also not expecting this to limp out like Anthem. The cast of characters excites me, the action, while not super polished, is really fun and diverse. The missions and the mission structures that have been provided to us definitely need to be more varied, but I’m hopeful that when we get our hands on the final product, that this will have already been addressed. How about you?

Matt: I am certainly more positive about the entire experience. There is more depth in the combat than I initially gave it credit for and there seems to be a grand story playing out that should keep me invested until the endgame (get it?) rolls around. That being said, these types of games live or die with what happens after the story has finished so I hope that Crystal Dynamics has some surprises in store to keep players invested in the world they have created. Otherwise, we may just find ourselves in another situation like The Division 2, with developers madly scrambling after the fact in an attempt to win back players.