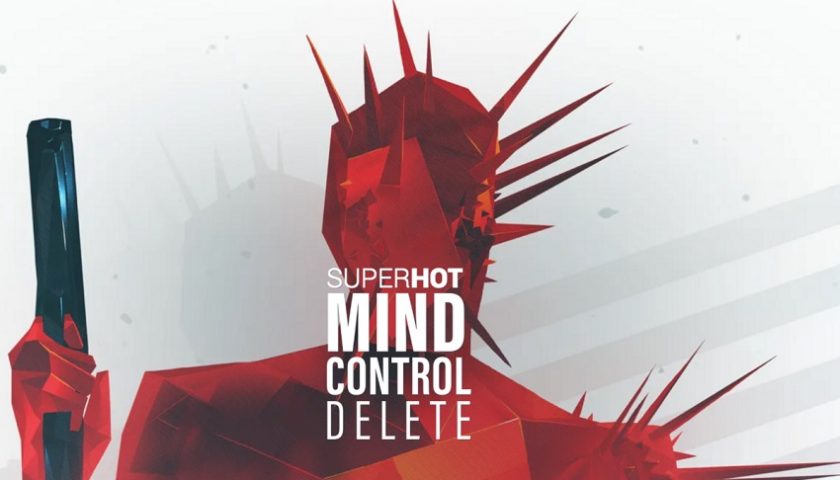 SUPERHOT: Mind Control Delete – Too Much of a Good Thing

Originally planned as free DLC for the first Superhot, Mind Control Delete ballooned out to be a standalone follow-up of the time-warping shooter. Famous for its central concept of time only progressing whenever you move, Superhot – and Mind Control Delete by extension – is as much a reactive puzzle game as it is a first-person shooter. What Mind Control Delete abandons is the original’s linear level progression, adopting a roguelike multi-path structure instead.

While Mind Control Delete retains the meta fourth-wall-breaking narrative approach the Superhot series favours, you have various ways of interacting with its setting. To progress, you choose from multiple branching nodes via an old-school computer terminal, which throws you into groups of levels to beat. Some nodes are mandatory in order to continue the story, but it’s highly recommended to venture out to acquire hacks and cores, adding some seriously cool active and passive abilities to your arsenal. These include awesome abilities allowing you to instantly charge into an enemy, or recall a thrown katana back to your hand, Jedi-style.

Intriguingly, Mind Control Delete’s roguelike approach differs from convention. Whereas many roguelikes traditionally correlate failure to losing progress, Mind Control Delete isn’t quite as harsh. Instead, Mind Control Delete borrows the randomisation element from roguelikes, where each node is a blank slate and completing waves of levels grants passive bonuses. If you die within a node, only these passive upgrades reset; every previously-unlocked hack and core stays in your possession. Before starting a node, you can only choose one core to be your active ability, which acts as a way of strategy and flexibility to play the way you want.

Beyond Mind Control Delete revamping the Superhot gameplay structure, there are plenty of other additions worth noting. From an intangible perspective, the polygonal foes’ AI feels smarter than ever, reacting faster to bullets and working intelligently to overwhelm your flanks. Additionally, there’s greater enemy variety, with some goons exploding into a deadly hailstorm of shrapnel upon death, and others only beaten via small weak spots. Of course, there are also more weapons. One laser-like rifle’s bullets reach its target almost instantly; deadly in your hands, but terrifying in the opposition’s.

However, in Mind Control Delete pursuing a grander scope than its predecessors, it welcomes in monotony, despite introducing many new concepts. What worked so strongly in the original Superhot’s favour was a concise experience. Before you had the chance to tire of the novel premise, it was over, arguably leaving a stronger lasting impression because of this. Mind Control Delete’s roguelike structure is a major part of why it begins to wear thin before the end. Each node consists of levels drawn from a pool, all of which you’ll see in a matter of hours before they cycle through again. Even though more enemies and twists present the more you play, it all starts to blend in after a while.

In addition to Mind Control Delete’s premature onset of tedium, its cryptic presentation boggles more than endears. Credit is due with how strongly Mind Control Delete commits to the computer hacking aesthetic and the conspiratorial plot. However, this relentless commitment causes moments of frustration, especially during the opening couple of hours. Due to how scarcely Mind Control Delete clearly communicates information, it’s confusing to try and understand the best way to proceed, or what the point of it all actually is. While there are plenty of people who won’t mind digging to get the most out of the experience, I found Mind Control Delete’s obscurity annoyingly on-the-nose.

If all you’re looking for is for more Superhot action, Mind Control Delete has absolutely everything you want and need. Many of Mind Control Delete’s iterations – including new abilities, weapons and enemy variants – are fantastic. However, I was left longing for Superhot’s brevity; a perfect length for a brilliant concept, where Mind Control Delete stretches it out a little too thinly.

SUPERHOT: Mind Control Delete was reviewed on the PC with code kindly supplied by the publisher.