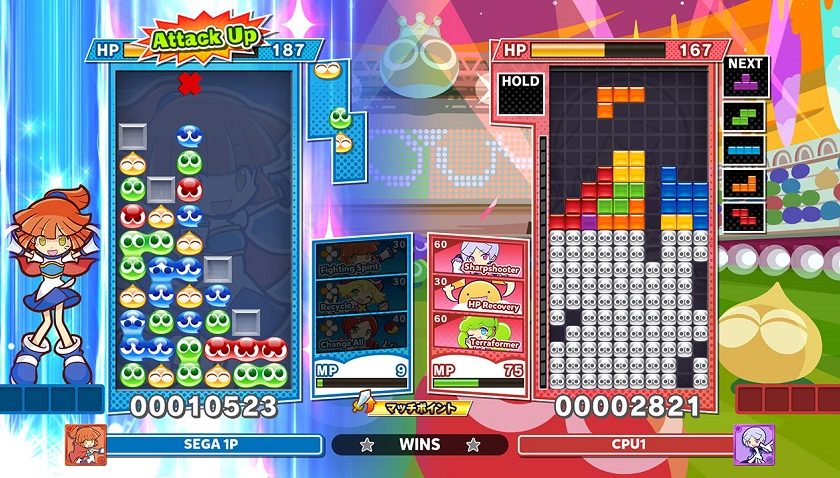 The Blocks and Bubbles Crossover is Back for Round 2

It’s Tetris-slash-Puyo-Puyo Time again! It was today announced that a sequel to the popular puzzle mash-up game Puyo Puyo Tetris, appropriately named Puyo Puyo Tetris 2, will be on its way to current and next-gen consoles later this year. The series takes Japan’s popular Puyo Puyo franchise and pairs it up with the timeless puzzle game, Tetris, to give players the chance to puzzle-battle their way to success. That’s my kind of battle.

Puyo Puyo Tetris 2 features a whole bunch of play modes, including some new challenges alongside fan favourites, and offers options for both solo play and multiplayer mayhem. For those looking for something a little more story-focused, a cast of new and returning characters will be present in a new story in adventure mode, which will span the Puyo Puyo and Tetris universes. A newly introduced ‘Skill Battle’ mode will also allow for some more strategic play, with each character boasting their own unique skills and equippable item cards that can be used to develop your own unique playstyle.

It was announced that the game will, of course, come with a slew of multiplayer options for up to four players, including Free Play, along with Versus, Swap, Party, Fusion and Big Bang modes, details about which are to be released in future announcements, along with details about further online modes. Improvements have also been made to the online features of the game to allow in-game specific leagues and online rankings, so finding a tangible way to show that you are a superior puzzle-battler has never been easier.

The game will be released on December 8th on Nintendo Switch, Xbox One devices (including Xbox Series X), and Playstation 4, with a Playstation 5 release coming ‘later in 2020’ (presumably after the release of the console). Those who buy it on the current generation of consoles will automatically gain access to the Xbox Series X or PS5 versions upon availability at no extra cost. If you’re extra keen on the game, you can pre-order the Puyo Puyo Tetris 2 Limited Edition from Australian retailers and receive a set of eight rare Item Cards for use in the new skill battle mode, including three special cards featuring items from the Sonic the Hedgehog series. I presume they make you go fast.