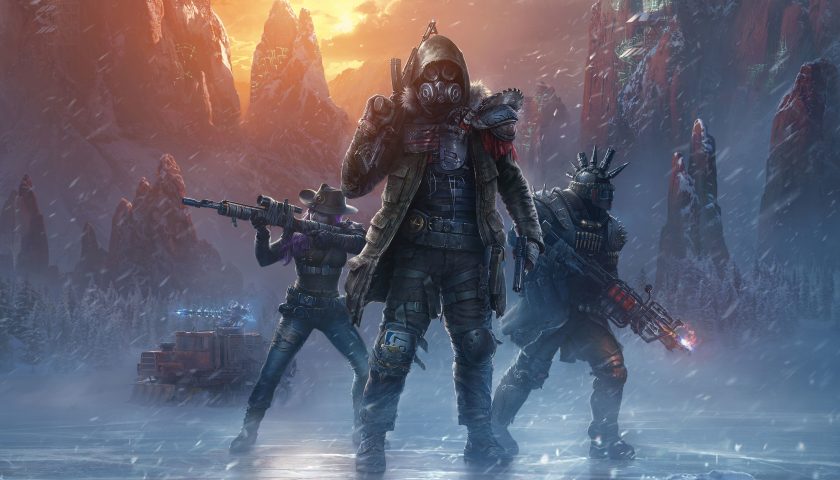 Often we hear the PR rhetoric about choice. “Our game makes choices count,” says the back of the box. “Everything you do has ramifications,” says the developer in an interview. Sadly, as with most PR lines, that promise is rarely the reality we are presented. Sure a few things in the game are guided by decisions the player makes, but on a whole, freedom of choice is something that has been poorly represented in games. So when I say Wasteland 3 “makes choices count” and “everything I did had ramifications” I am not using the PR terms. I am standing before you, hand on my heart, telling you that this is perhaps the best example of “freedom of choice” I have ever seen in a game.

For those that don’t know, Wasteland 3 has had something of an interesting development journey. Following in the footsteps of Wasteland 2, it was originally kickstarted and Bryan Fargo along with the rest of the team at inXile studios went about creating the best game they could with the money they had. But then, fairly close to the initial planned release, Microsoft came waltzing in with large suitcases full of non-sequential 100 dollar bills and brought inXile into the Microsoft family. Now flush with fat stacks, the choice was made to hold off the release of Wasteland 3 and make it the best game that they could now they had the coin to do so. Fast forward quite some time and we are on the eve of the game’s release. Let me tell you the money has been well spent because Wasteland 3 is a watershed moment in RPGs. The promise of freedom of choice has been delivered in a stunning way.

At first glance, Wasteland 3 is much like many CRPG titles. Played from an isometric viewpoint, Players take control of two custom characters and a team of four others and traverse a post-apocalypse Colorado. Their goal is to support the Desert Rangers in Arizona by making a deal with a dictator who promised supplies and assistance. This dictator, the Patriarch, has a problem with his three children, all of whom want to bump him off and be the next one in charge. The catch here is that basically there are no good guys in this world. This is a world full of morally grey characters, all the main players are basically, bad people in one way or another but often those bad traits and deeds come about by the desire to make the post-apocalypse world a better place. The helping of one faction will almost always upset another, taking out a gang of thugs will allow another gang to rise to power, even something as simple as helping a farmer can have repercussions that can’t be seen until much later in the game.

What truly astounded me was the fact that all choices have an impact, not just major story beats. There is no good or evil bar, there is no moral guide. Choices are made in the heat of the moment and can’t be undone. Your simple choice of arresting a baddie over killing him is the potential butterfly effect that changes the outcome of the whole game. This is the first time I have ever played a game where I didn’t know if I was making the right calls. I had no idea at all if I was on a path that would lead to a better world, I just had to make my decision and have faith it would work out, rolling with whatever punches were thrown my way. I was in a constant state of uncertainty,  the smallest things can have the biggest effect and I can’t do anything but applaud how well the whole narrative is put together. Looking back I can quite easily see playing this game’s 30ish hour story 5 or 6 times, getting a completely different story experience each time.

All that choice would fall apart if the writing wasn’t up to snuff, but thankfully that is something this group of devs are excellent at. inXile is made up of a lot of ex-Black Isle staff, the same team that brought us Fallout 2 and that can be seen clearly here. Black humour, gripping conversations and some of the best satire seen in gaming is littered throughout the game. There are pop-culture nods, pokes at politics, commentary on capitalism, all wrapped up in a script that keeps things serious but doesn’t forget to wink at the audience every now and then. Special mention has to go to the wonderful character names, from marketplace director Flab the Inhaler to my quartermaster Joey Bagodoughnuts, it is clear that the writers were having a lot of fun and that rubs off on the players.

Gameplay-wise things are a bit more familiar, but that is in no way a bad thing. Combat is handled through a turn-based system that will have Xcom veterans feeling right at home (though it isn’t quite as difficult as that). All that good RPG stuff is there too. Skill trees, perks stats, weapons and armour can all be improved and adjusted as you would expect. As this is a squad-based RPG it is essential to get a wide range of skills in your party. No character will be a master of everything so filling out your squad with as many skills as possible is essential. The game does a lot of little things that help ease micromanagement in this area, automatically using the character that is best suited to any given task saving you the need to individually select the appropriate party member. There is also a nice element of base building in the game too, with side quests used to improve your home base and flesh out the services it provides.

Graphically the game isn’t going to amaze anyone. There is a wonderful art style throughout but let’s just say it isn’t going to push any video cards. Sound design is also in the “good-but-not-great” category. The voice acting is a highlight, but some of the sound effects and background music feels a little out of place.  Finally, on the tech side of things, I did notice a few slowdowns and framerate dips when there was a particularly spectacular fight going on. It was nothing to get too concerned about though and I can see it getting fixed in an early patch quite easily.

Wasteland 3 has impressed me no end. Some very minor problems with framerates are about the only real criticism I can level at the game. To experience a world that is so morally grey is something that I have never done in gaming before and I absolutely adored it. For those that have been disappointed with Fallout since Bethesda took the reigns, I can guarantee that this is going to bring a smile to your face. If Wasteland 2 was proof that a certain type of game still had a place in the modern world, Wasteland 3 is the perfection of that genre and I strongly suggest you all dive in, even if CRPGs aren’t your thing.

Wasteland 3 was reviewed on PC with code kindly supplied by Koch Media Australia.