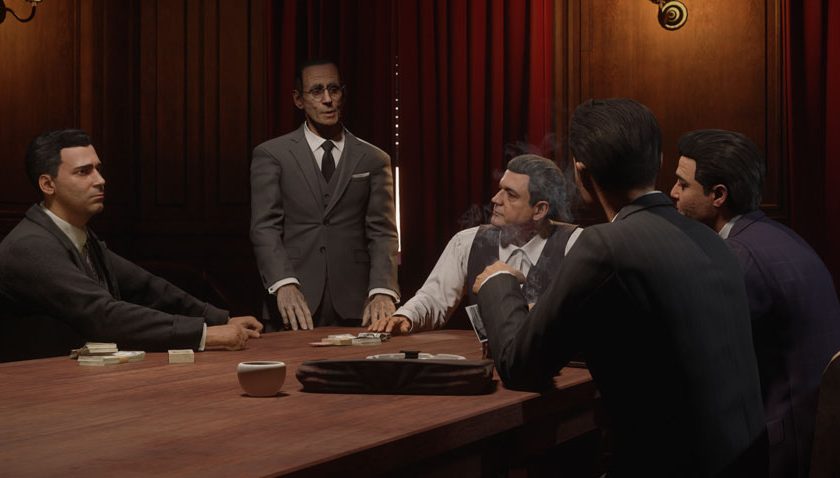 Mafia Definitive Edition – Look How They Remade My Boy

There’s something endearing to me about classic ‘gangster’ stories; whether it be the often larger-than-life mafioso personas that populate these tales or the attempted adherence to a code of honour, popular culture has been fascinated by the seedy underbelly of organized crime since the earliest days of Hollywood. Released in 2002, Illusion Softworks’ Mafia took great inspiration from gangster films of the early 1930’s to immerse players in the city of Lost Heaven, chronicling protagonist Tommy Angelo’s rise from taxi driver to the upper echelons of the Salieri crime family. Almost two decades after its debut, developer Hanger 13 has made it possible to experience the entire Mafia saga on one system, thanks to their ground-up remake – but does Mafia Definitive Edition still deliver the goods?

Mafia DE has a sharp contrast between its look and feel – visually, it’s stunning and Hanger 13 have done a fantastic job overhauling the city of Lost Heaven for a current audience. Not just a simple up-res, the entirety of Lost Heaven has been redesigned and developed to provide a more satisfying gameplay experience with less backtracking, as well as adhere more closely to the look and feel of a 1930’s Chicago. However, this isn’t without drawbacks, as the map will feel tight for those coming to this from more recent open-world entries and is presumably a relic from the original release which was designed at a time when open worlds weren’t expected to be so, well…open. While Mafia DE looks the part of a 2020 release, it foregoes a lot of the conveniences of modern open-world games and offers up gameplay variety at the altar of storytelling; the tale of Tommy Angelo is front and centre with no time for side quests or optional content. By virtue of the time period in which it’s set, this smaller-scale feels appropriate, whether it be the smaller range of cars or the choice of two different radio stations – quaint doesn’t feel like the right word, but there is definitely something comforting about the familiarity that developed over the course of my time in this world, akin to my love of the Yakuza series and its beloved Kamurocho setting. While the saying goes that familiarity breed contempt, Mafia DE doesn’t overstay its welcome and manages to avoid this problem – if anything, I would have liked a few more missions to pace out some of the bigger story beats that take place, with a ‘rush to the end’ that author Brandon Sanderson would be proud of.

Even on lower difficulty settings, Mafia DE can feel unforgiving as health packs are scarce and weapons do quite a bit of damage to the player character. To offset this, shootouts are often heavily signposted and a generous checkpoint system ensures that very little progress is lost on death or mission failure. Driving missions are probably some of the most difficult in the game, with even a single crash slowing players down enough to lose their target or fail to escape from police. Over the course of many, many lost targets I was forced to really learn how to drive effectively, especially in less-than-ideal vehicles the game often thrusts upon the player during missions. What made me feel favorably towards these elements was how thematically appropriate they felt given the setting, upping the stakes at critical narrative junctions.  The story itself is enjoyable if somewhat cliched and underdeveloped in some areas, a concern which could have been addressed with more missions fleshing out some of the later story events especially. The few set-piece missions provide a welcome shift in atmosphere, most notably the abandoned prison which stands out in this regard.

Making a return from the original game is the ‘Freeride’ mode, which allows players to explore the city outside of the mission constraints after completing the first story mission rather than the entire story, as was the case with the original. Here is where players will find content more fit for a GTA open including creepy collectable fox statues and other secrets hidden around the city of Lost Heaven. It would have been easy for Hanger 13 to cut this mode and focus solely on the story, so I appreciate that they pay homage to the original by leaving it in in some form.

In my mind, both Mafia and Mafia II suffered the same fate the Yakuza series did for a long time; comparisons to Grand Theft Auto, particularly in its use of an open-world setting. For those expecting anything akin to the work of Rockstar, Mafia DE isn’t going to offer the same level of open-world or gameplay variety one might find in Red Dead Redemption or GTA. What it will offer is a tight 10-12 hour experience, immersing players in a pulpy mafia story amongst a gorgeously realized 1930’s era Chicago-esque backdrop. More and more I’ve come to appreciate tighter designs in games and a lack of ‘content’ which tips the scales towards quantity over quality, a choice which makes for a great box quote but a less than thrilling experience doled out over dozens of hours. Rather than burn me out, Hanger 13 has done a fantastic job overhauling the original Mafia while staying true to its spirit in this remake which has left me itching to fire up Mafia II Definitive Edition – so do yourself a favour and pick up the trilogy set if you haven’t already.

Mafia Definitive Edition was reviewed on PS4 Pro with code kindly supplied by the publisher.