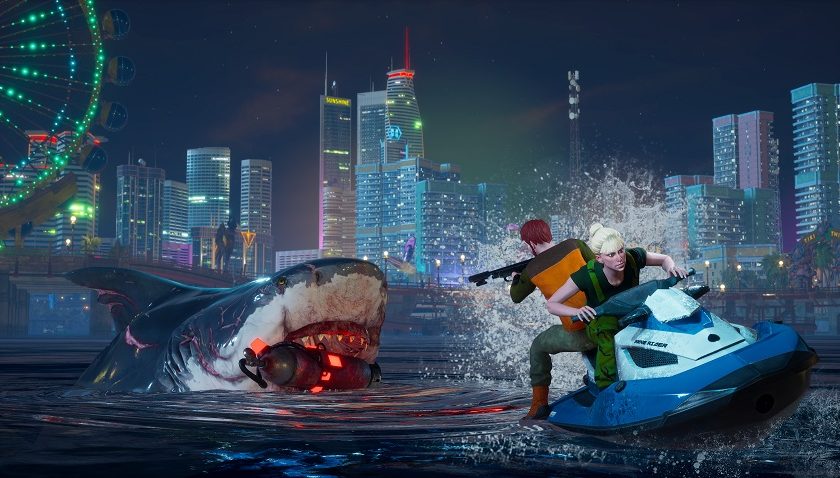 Maneater Evolves Into Next Gen

Tripwire Interactive and Deep Silver Inc. are celebrating a milestone today, with everyone’s favourite “ShARkPG” Maneater having officially sold over a million units worldwide. To mark the occasion, they’ve released some new information about the open-water, action-RPG and its upcoming upgrade for next-gen consoles PlayStation®5 and Xbox Series X/S when they become available in November. Those who already own the game will get the next-gen version for free, so even if you’ve already played this unique underwater adventure, you can jump back in to experience the enhancements.

For those that are unfamiliar with Maneater, it’s basically an RPG about surviving as a shark in an underwater world. You need to collect resources, eat humans, and whatever else it is that sharks do in order to become the apex predator you’ve always dreamed of – and perhaps more. You can read Player2’s review here if you want more information, and Stephen had some pretty nice things to say – so if you’re keen, now might be the time to bite the bullet (or whatever the appropriate shark metaphor might be. Attack it from below like it’s Quint and you’re Jaws? I don’t know).

The upgrade promises to take full advantage of what the next-gen consoles have to offer, including ray-tracing, native 4K HDR support at 60fps, new lighting effects to really light up your underwater realm as you conquer it, immersive feedback via the PlayStation®5 DualSense controllers haptic motors, and more. John Gibson, CEO of Tripwire Interactive, says that the company “has been overwhelmed by the great reception Maneater received since it launched earlier this year, and we can’t wait for players to experience the thrill of playing as a deadly shark in all of her powerful glory on next-gen consoles.”

Gibson also adds that “fans can expect even more exciting news about the future of Maneater soon”, so it looks like we should stay tuned for more information.