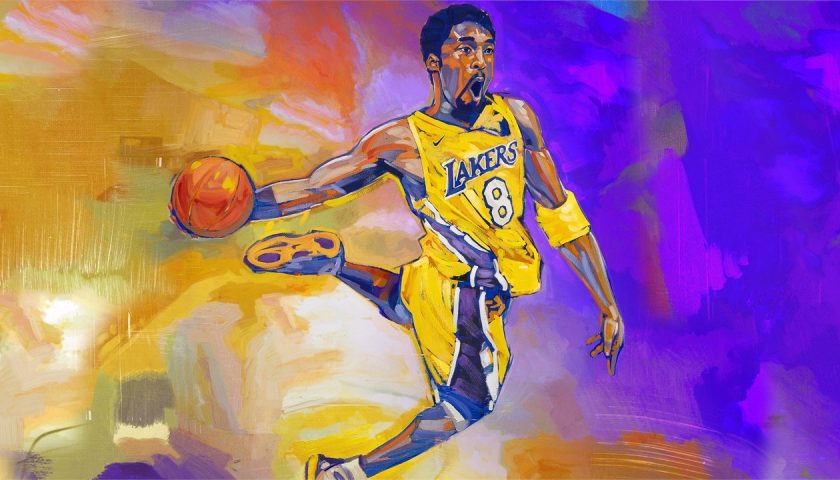 NBA 2K21 – When The Cost of Greatness Gets Too Great

For a couple of years now the impenetrable defence of the NBA 2K franchise has been just that, and minor complaints aside, the games were undeniably fantastic, but a blight had taken hold behind the scenes. Microtransactions were becoming rife in the last few entries, and both critics and fans alike were tiring of the nickel and dining attempts from 2K – again though, the games were still stellar and so much was forgiven. The assumption many had was that this money-grubbing approach would continue well into the future, but while the core of the game was sensational, we (the royal we) would ultimately forgive and forget, but then came NBA 2K21.

With each passing entry the upgrades to the formula have become fewer, and the microtransactions increasingly egregious, and this 2020 entry continues that trend. The on-court action, from the basic Play Now to My League, and the variants under both of those umbrellas, are both are largely untainted and can be played till your heart’s content with friends or solo, but it is the two premiere modes, My Team and My Career which, despite being incredibly impressive offerings, encourage the player to offer up their own hard-earned at seemingly every turn. In My Career players are having the VC carrot dangled in front of them. In most games, you’ll not earn enough currency (even if you dominate) to make a meaningful contribution to the improvement of your player, while the option to buy your way to success is regularly pushed upon you. If you want to be more than a bit-part player, want to play with the team you love, want to win a ring at the end of the season, then prepare to commit hundreds of hours grinding, or pay your way to success. The same applies in My Team where VC and MT currencies underpin so much of the experience. At least in the case of MT, the cash flow is relatively strong, so the wait between unlocks won’t be unbearable for those not willing to break out their wallet.

The core moment to moment action of NBA 2K21, however, is the best it has ever been. Players glide across the court, the mechanics of play have been refined further, with new additions like the shot-stick (your right analogue stick) serving as a fascinating shooting alternative for players who are seeking more nuance in the shooting systems. The implementation of the shot stick has also unlocked other possibilities with expanded dribbling options, signature moves and more. Experienced players are set to be the biggest winners with this new option, with the mastery of the stick giving players a greater depth of movement, a higher mastery ceiling, whilst also removing the risk that comes with using a button input that might sometimes lead to undesired results. Players from the NBA such as James Harden who have very noticeable, easily distinguishable movements will stick out even further thanks to this inclusion while your depth players will still look and feel a bit generic.

The problem that the NBA 2K franchise has suffered from (outside of those involving finances) over the years is a byproduct of the high bar it has set for itself over the journey. When players are in full flight, the game looks sensational, but when you need to post-up or the sudden drive and dunk opportunity emerges, the game is often quite sluggish in response to your inputs an issue even further exacerbated in online play. CPUs still don’t know how to appropriately manage the clock and will sometimes inexplicably fold off defensively and the game makes unreasonable expectations of the player, often leading to a loss of hard-earned fan support and VC as a result. CPU AI issues still persist and can be easily exploited in double-teaming scenarios, this will work for and against you at times but is no less frustrating as a result, while a few other inexplicable AI decisions will undoubtedly bother players from time to time.

The My Career mode is, as always, the main attraction here, and 2020’s take, titled “The Long Shadow”  has been among those that I’ve enjoyed the most so far. You (Junior) live in the shadow of your deceased football-playing father, but by transitioning to basketball Junior looks to forge a new path and escape the constant comparisons with his father. What was super pleasing was a return to college hoops, with Junior’s journey beginning at square one, players needing to earn their stripes before being drafted. Unfortunately, outside of Junior and a small handful of other exceptions, the writing, nor the acting is fantastic, but the top-level plot does enough to carry you through. The Neighbourhood, set on Venice Beach is a nice spot to visit between matches to get new gear, partner up with others in casual matches at the beach and generally detach yourself from the rhythm of elite-level basketball. It is however the same as what we’ve seen before with simply a prettier skin on it.

The shot-stick transforms gameplay for the top level, while it’s more of the same in almost every other respect. Microtransactions are forever pushed upon players, and with horrendously slow progression systems in place, you’ll likely feel the hand of 2K on your shoulder encouraging you to splash out some of your hard-earned, while modes that aren’t at all infected by VC, such as My League, have been given essentially no love whatsoever. Not even the WNBA has been added to the mode despite the ability being in the Play Now mode to play an entire season. The NBA 2K franchise, despite rapid growth over the last decade still has a lot of potential in it, but corporate greed will need to be pushed aside in order for any new entry to ever be as beloved as those from the good old days.