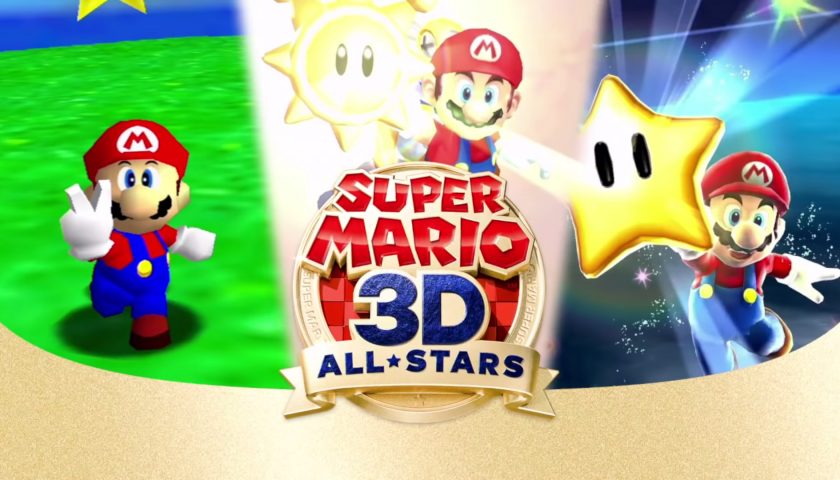 When three all-time great games come together, you’re no doubt going to have a good time. When those three games are Super Mario 64, Super Mario Sunshine, and Super Mario Galaxy, then it’s a collection to pay especially close attention to. Each game, to varying degrees, served as an enormous step forward for both the Super Mario franchise and the industry, as each was released. Of course, age wearies even the greatest among us, and each game looks a little rougher in 2020 than they were in their initial year of release, and even compared to what you probably remember them looking like. Consequently, to revitalise the titles somewhat, Nintendo has brought the trio together and given them a little polish to freshen them up somewhat. In 2020 though, is a little polish enough?

Gamers looking for a nostalgic hit from their favourite classic games have been blessed in recent years with the likes of Tony Hawk, Crash Bandicoot, Spyro, Final Fantasy VII, and Resident Evil 2/3 all paving the way for developers and publishers worldwide, highlighting what remakes can and should be. Nintendo has clearly looked at that path and scoffed, opting to throw each game through an emulator, add a coat of varnish and push it out the door, Super Mario 64 is the game that highlights this best. Unlike its peers, it hasn’t received the widescreen treatment, and while it does look better than the original game, it’s only a minimal touch-up, a touch-up than most fans won’t acknowledge unless they’re looking at the two versions side-by-side.

Super Mario Sunshine is a game that needed love more than the other two because if there was one criticism that everyone was able to level at the game, it was that the camera implementation wasn’t fantastic. Sometimes you’d completely lose sight of Mario behind environmental obstacles, the camera would resist you, and inevitably, all hell would break loose. While some wise gameplay decisions have been made (FLUDD control is now normal, not inverted for one), other things have been missed, and the same camera issues that plagued very small portions of the experience in 2002, are still hampering the game now. On the plus side, the game has received some visual upgrades, lifting the resolution from 480i to 1080p, which immediately leads to greater environmental contrast, making the festive Isle Delfino pop off the screen that much more. Like Super Mario 64 the game still runs at 30FPS, but Sunshine is the beneficiary of widescreen support, which is a wonderful addition that really adds to the scope of the game. The UI would consume a bit too much real estate in the original release, but the issue is completely alleviated thanks to this re-release.

The biggest winner of the bunch is also the most recent title of the trio, Super Mario Galaxy. Though the very small number of cutscenes still look like they were copied and pasted from the Wii version, an issue a lot of remasters have, the moment to moment gameplay looks as phenomenal as it feels to play. Galaxy’s resolution has also been bumped up to 1080p while the environments and their inhabitants also look to have had some rough edges knocked off of them. One of the biggest obstacles for any port of the game was also going to be the remapping or elimination of motion control that the Wii version supported. Thanks to the gyro in the control, collecting star bits is easy, and players can opt for a swift shake of their controller (all three methods of play through the Switch are available) or a press of the Y button to spin Mario and propel him through the skies. The Wii looked to support one-to-one motion, and that’s not the case here (so look out for your cursor to go wandering sometimes), but it’s been done well enough that you shouldn’t find yourself bothered by the implementation. Two-player support from the original version of the game is also still supported in this port with the second player collecting star bits for you and even pinning enemies in place.

The music of the Mario franchise, especially the 3D entries is always a highlight of the respective experiences, and each of the three games soundtracks have been made available from the main menu. Once you’re into a game, you forfeit control once again though, and without some digital art books being available, or anything else to keep you engaged, it’s a bit awkward simply sitting, controller in hand, playing back the music from the games. When players have the means to conduct a quick YouTube search on their phone and access the same music, free of charge, it’s hard to imagine many people pouring through the albums because every other option for you allows you to listen to the music and do something constructive at the same time.

These three games are icons for the Nintendo brand, and while it’s a shame that each didn’t get more love, or that Super Mario Galaxy 2 wasn’t added in there as well, it’s hard to argue against the value of the product. Each game has received a nice tidy-up, and while more could have been done, Nintendo has done just enough for the millions of existing fans to justify picking this collection up. The dreams that many of us have of seeing Super Mario 64 being truly remade will continue to be just that for now, but this collection is still a nice love letter to the fans and these historic titles.