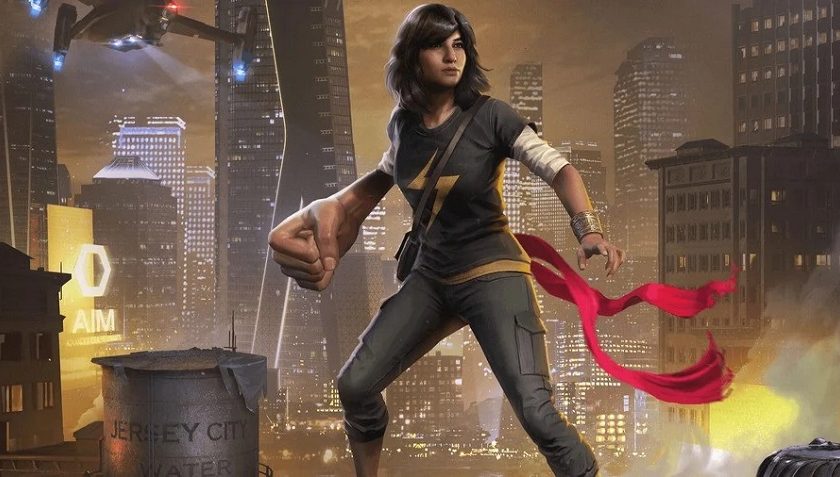 The Joy That Is Kamala Khan

Marvel’s Avengers is now out in the wilderness, with players from all over living the fantasy of being the Hulk, Iron Man or Black Widow while they save the world from MODOK and his AIM minions. It all very grand, very dramatic, very biblical in proportions. MODOK is looking to commit mass genocide and the Avengers must halt his plans. This story, while certainly in keeping with the Marvel Universe we know and love, could have easily dipped into Micheal Bay territory, all show and no substance. But thankfully that is not the case. This is a story that has heart and that heart is Kamala Khan.

For those, like me, who are perhaps not deeply invested in the comics and only had a vague awareness of Kamala before Marvel’s Avengers was announced, Kamala is an Inhuman. A person given superpowers by the fictional extraterrestrial element Terrigen. This is a story element that has been touched on in various marvel properties outside of the comics, but here it is the centre of the tale. After an accident on A Day (the events that played out in the often lamented E3 Demo of the game) Kamala gained the powers of a polymorph, or in layman’s terms, she is super stretchy.

Much of the game’s story is focused on Kamala. It starts with her need to come to grips with her powers and a desire to find others like her that are in hiding from a regime that is looking to experiment on Inhumans. As the story progresses, it shifts to her need to help others and how she is accepted as a member of the Avengers. But most of all it is about her belief in herself as a hero. She is the emotional centre of the game, the grounded person that only wants to help others like herself and without her, Marvel’s Avengers may well have been dead on arrival.

I could easily see this role in the game being played by Spider-Man. Both Kamala and Spidey share a whole range of similarities. Both are young, somewhat naive superheroes that are unsure of their powers and what they can do to help. They are both high schoolers who struggle to fit in and they both have a nice heroic catch cry provided by their respective father figures (though I feel Kamala’s “Good is not what you are, good is what you do” hits a little better in this day and age as opposed to Spidey’s “With great power” schtick). With all this in mind, it would have been very easy for the developers to go down the safe route and have the well known and loved Spider-Man in the lead. Thankfully though, because Spidey is so wrapped up with Sony or through a stroke of genius from the writers, we got Kamala instead and she is brilliant.

The writers have brought this young Muslim girl to life wonderfully. She is a joy to get to know and her interactions with both her father and the other Avengers are both sweet and funny without ever becoming cheesy or hamfisted. Her enthusiasm, her determination and her ability to find joy among the chaos is infectious and watching her become more sure and more confident as the game progresses is a treat. It is no exaggeration to say that Kamala is the prime reason to play through the 8 – 10-hour story mode and that is not a slight on the rest of the cast, she is just that good.

I am sure there will be many articles about how Kamala breaks through as a playable Muslim character by people in a better position to do so than myself, people that can articulate exactly what her presence means in regards to representing a culture that is more often than not unfairly maligned. There is no doubt she is important as a step towards diversity and representation in mainstream media. For me, however, she is simply wonderful. A bright light, a fresh approach, a touch of fun in a world that has the potential to be all too serious. Kamala Kahn is a joy to both watch and play as and I hope to see much more of her in action across Marvel properties for years to come.