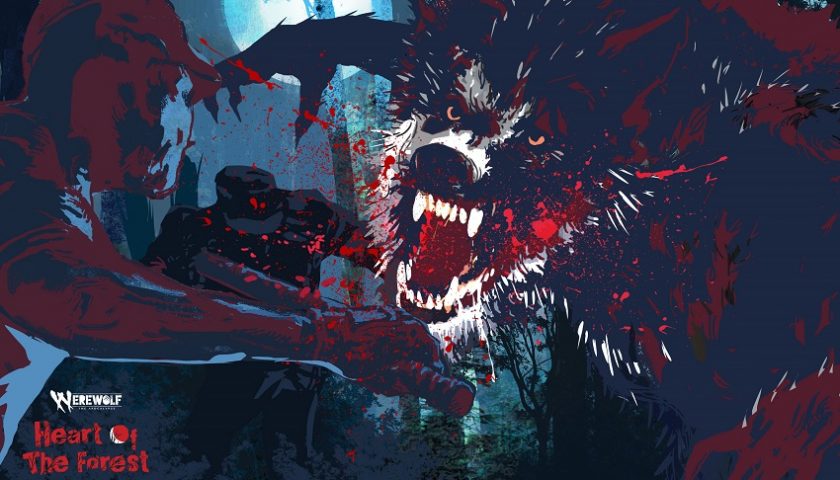 Awaken the Wolf Within On October 13

Making the transition from a tabletop RPG onto a digital platform is always challenging. How does one convey the imagination, storytelling and the wealth of player-made decisions that come from a group of fried sitting around a table, into a game that is far more structured and contained?

Heart of the Forest has picked one of the most optimal ways, by taking advantage of the visual novel format and mixing in elements from the original tabletop game. The developers claim that this allows for over 200,000 paths leading to 5 main endings. The game will be narratively focused, presenting a horror story set in the real world location of the Białowieża Forest, which straddles the border of Poland and Belarus and is one of the largest remaining parts of the old-growth forest that used to span northeastern Europe. Such a setting is perfect for any Werewolf game.

This game also reminds of me another game in a similar vein and set in the same World of Darkness universe (Vampire: The Masquerade – Coteries of New York) which compounds my interests even further. Look for more information about this game in the full press release below.

Werewolf: Heart of the Forest is a savage, story-focused, horror game that features extensive narrative branching, with more than 200,000 paths leading to 5 main endings. The player becomes Maia, a young woman who comes to Poland looking for her roots only to end up being drafted into an ancient war.

This game elevates the visual novel genre by adapting the Rage and Willpower mechanics from the legendary tabletop RPG. Maia’s personality is determined by the player’s choices and the world around her adapts accordingly. By controlling Rage, the game’s primary resource, the player can change Maia’s perspective and see aspects that will be invisible in other playthroughs.

Heart of the Forest is set in a real-world location: the Bialowieza Forest a.k.a. the Puszcza, the last primal wilderness in Europe. Maia’s story was inspired by 2016-2017 protests against commercial logging of the forest, which resulted in the European Union judiciary ordering a stop to deforestation.

“We’ve been Werewolf and World of Darkness nerds for 20+ years, and working on this game has felt like coming home after a long trip,” said Piotr Gnyp, Head of Biz Dev at Walkabout Games. “We want players to experience what made us fall in love with this brand when we were young: the ability to create your own stories in a world that is familiar, yet strange. When you finish the game, tell us your version of Maia’s story, using the hashtag #WerewolfHOTF”

“As a dark fantasy layer over our real world, the World of Darkness is perfect for telling compelling supernatural stories in familiar environments,” said Sean Greaney, Brand Manager for World of Darkness. “We love Different Tales’ and Walkabout Games’ passion for Werewolf: The Apocalypse and the care they’ve taken in crafting a story around a place and event they know so well.”