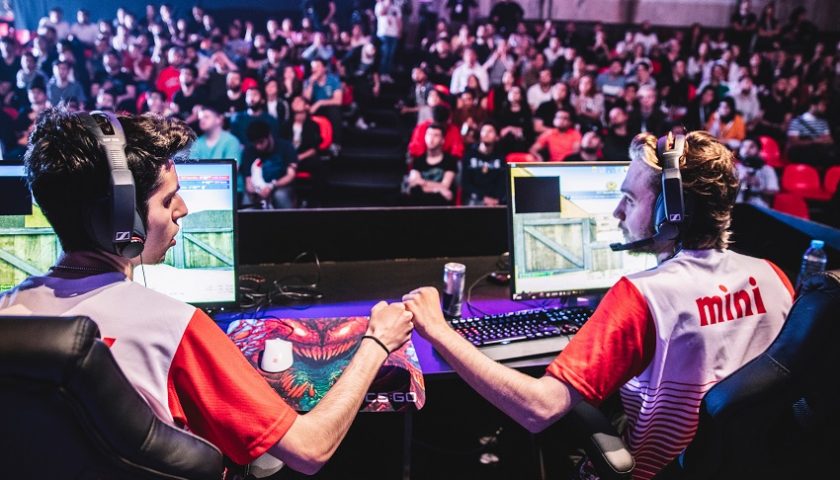 Despite all the Valorant’s, Overwatch’s and Fortnite’s, Counter-Strike Global Offensive remains a force to be reckoned with and their community, player base and esports scene are as relevant now as it ever was!

Red Bull have decided to drop into this and create 5 new custom maps and host a tournament around it. Titled, ‘Hold the flag’, it’s essentially a 2 v 2 competition where each pair needs to gain control, then hold an area for 45 seconds to win. It’s simple, easy to understand, and likely to be as exciting as hell!

The tournament will be held entirely online, and the winning duo will each receive a custom-built PC valued at $3000! Would you like to know more? (rhetorical question, of course you do), then you can go check out more information and also register your team here:

or if you don’t want to register but you’d love to just check it out, then you’ll be able to watch it all here on the Red Bull twitch channel:

The qualifiers kick off November 16th so get on it! It’s always great when Australia gets these sorts of events and its bound to be a good one.

Sydney, Oct 21: International Counter Strike: Global Offensive (CS:GO) tournament Red Bull Flick brings a brand new game mode to fans as the competition launches in Australia. The exclusive game mode titled ‘Hold The Flag’ will be available to players along with brand new maps and a suite of unique settings, with registrations for the tournament opening today.

Red Bull Flick introduces a unique game mode to CS:GO with Hold The Flag, where dynamic duos face off in a King-of-the-hill style match up. In the grassroots tournament setting, Red Bull offers the chance for amateur and pro players to level up with the aim to reach the live finals. To win each match, pairs will need to secure and defend the flag point for 45 seconds on maps especially designed for the new game mode. Hold the Flag comes with five new custom maps with unique settings and game mechanics to keep the competition varied; Castle, Garden, Speedway, Matrix and Himalaya are all available to play now on Steam.

Registered players will frag it out in a series of 8 online qualifiers supported by ESL Australia, across November 16-19 and 23-26, where they’ll score the opportunity to play alongside professionals and amateurs alike. The Grand Final will take place on November 29, and will be live streamed for viewers from Red Bull’s Twitch Channel. The Red Bull Flick Grand Final Winning Duo will score a custom built PC each, valued at $3,000AUD.

In the lead up to the qualifiers, Red Bull will be showcasing the exclusive game mode and brand new maps live on the official Red Bull Twitch channel. Renowned gaming personalities and CS:GO pros alike, including TV alumni and gamer Stephanie ‘Hex’ Bendixsen, gaming streamers Paladin Amber, Iamfallfromgrace, Tom ‘Apocdud’ Henry and AFL Legend Mitch Robinson, will face off under the Hold the Flag conditions.

Players and fans can tune in at twitch.com/RedBullChannelTwo on Tuesday, November 10 at 7pm AEDT to learn the best ways to tackle the new maps and pick up some fresh strategies from potential competition.

“The introduction of a brand new game mode to CS:GO is an exciting challenge for the community. With new rules, new objectives and importantly new maps, it creates an even playing field for amateurs and pros. Definitely looking forward to seeing new and familiar strategies brought to the game.” said Apocdud, one of Australia’s most prolific CS:GO players for Chiefs Esports Club.

“We’re excited to be working with Red Bull on presenting a new and innovative game mode to our Australian esports fans. Hold the Flag offers a whole new experience for CS:GO veterans and amateurs looking to level up their game and get involved.” Said Josh Inman, Operations Manager at ESL Australia.

Players who think they have what it takes can register with their Dynamic Duo partner from today at redbull.com/flickau.

Use the hashtag #RedBullFlick and tag @redbullau on Twitter and other social media channels and visit redbull.com/flick for more information, including format, rules and eligibility, and additional