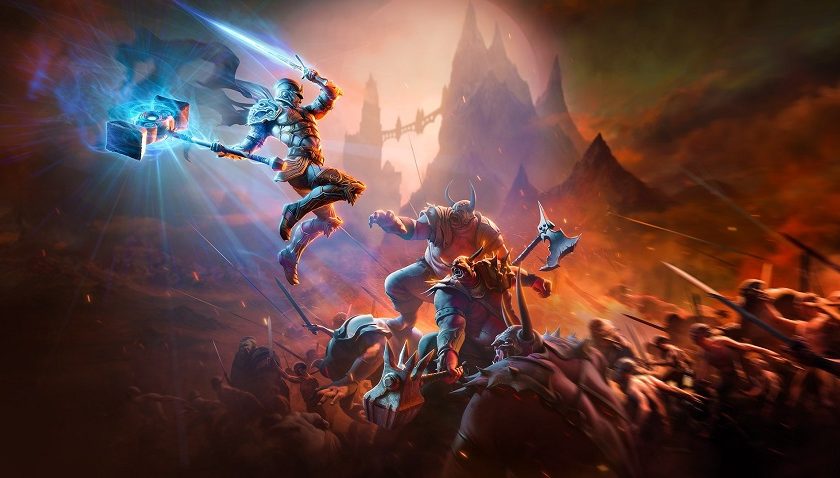 I have a rocky relationship with RPGs, particularly those that take place in a fantasy setting. Not because I don’t love deep character customisation, or because I get tired of mindless side quests. I love spending hours choosing a hairstyle that I’ll barely get to see outside of cutscenes. I love traversing massive open worlds in search of magical items that will barely make a difference to the overarching plot but will make one NPC happy. And, of course, I love crafting the perfect character for my playstyle, utilising the genre-staple skill tree to put points into the traits I actually care about. When a game can do these well – which blockbuster RPG titles often can – it can create a sense of magic rarely replicated in other genres. Kingdoms of Amalur: Re-Reckoning does a lot of these genre-defining things right, just as the original did in 2012. But here’s the thing. Sure, fantasy RPGs allow you to get lost in a world of mystical beasts and wonder. But do you know what else they usually have?

Spiders. Giant. Goddamn. Spiders. And do you know what I really, really don’t need to see more of in games? I feel like you can guess.

I’m going to be brutally honest here because it’s necessary to paint a full picture of my Kingdoms of Amalur: Re-Reckoning experience. I’ve been playing the game for about a month now, and I completely understand why, despite its initially lukewarm reception, it gained something of a cult following. It’s a classic fantasy tale, in which you play ‘The Fateless One’, a warrior who dies on the battlefield and is, against all odds, resurrected by a gnomish scientist. Everyone is, understandably, astonished by this resurrection, and it soon becomes clear that you, unlike the rest of the Faelands that you live in, now essentially exist outside of fate. Not only can The Fateweavers, who can usually see the fates of living creatures, not see yours, but it isn’t long before one NPC witnesses you changing the fate of someone else – an act which shouldn’t be possible. For years, they’ve been seeing everyone’s lives ending at the hands of the Tuatha Deohn, a race of ‘Winter Fae” who have been waging war on mortal beings, and then suddenly you come along, and everything is no longer doomed. It’s a classic fantasy tale, and you’re at the centre of it. But so are the spiders.

If you played the original Kingdoms of Amalur: Reckoning in 2012, you won’t find anything particularly new in the remake. Despite minor improvements, the graphics still look a little outdated, and it’s clear that this was a game made for a past generation of consoles. Both DLCs are now included with the original game. The levelling system, which was the most widely criticised part of the original, has thankfully been fixed, and enemies will now scale to your level when you enter a new area, rather than dooming you to immediate death by being locked at an impossibly high level. This gives you more freedom to experience the world at your own pace and in the order you choose – and in a game that could easily give you over 100 hours of content, that freedom is important. But, as I quickly learned, there are some areas that you just really shouldn’t go into if you don’t want to be surprised by demon spawn arising from the innocent-looking ground in front of you. And by demon spawn, I don’t mean the actual demons that might attack you, because really, those are fine. I obviously mean the spiders.

The combat system in this game was widely praised when it was first released, and it remains satisfying. I had a great time skilling up my character, choosing my weapons, deciding on the kind of approach I’d take to combat. You have three areas that are available to specialise in – Sorcery, Might, and Finesse, and you can combine aspects of all three to build either a balanced warrior or a highly-specialised mage or ranged fighter, depending on your style. As in any good RPG, you’ll also train in the arts of Lockpicking, Persuasion, Detect Hidden, and other classic skills and these can often pay off when it comes to completing quests. If you’re like me, and you love stacking your points into Persuasion so that you can talk your way out of every bad situation and leave yourself otherwise entirely useless, that is absolutely an option here. But you know what you can’t talk your way out of? Fights with spiders.

And I have to address that problem. This game’s been out for a month, I’ve been putting quite a bit of time into it, it has a great combat system and a well-built world – what’s the problem? The problem is that I find no joy in fighting spiders over and over again because when they aren’t terrifying, they’re just annoying. The ones in this game are definitely too big for my liking, and they have a tendency to pop up and surprise me when I’m just trying to live my life as an adventurer. I had to stop playing at night because I was startling my partner every time one appeared and I jumped. In a fantasy world where anything is possible, can we start including more interesting enemies? I know this game is eight years old now, but we haven’t come far in that time. I know this is a me problem. Not everyone is scared of spiders. But I’m over it. I’m over not being able to enjoy huge sprawling RPGs because spiders are just always everywhere.

It’s not the game’s only flaw. It’s a little too rich with lore, and the game has a tendency to info dump through dialogue that’s easy to tune out of. None of the NPCs were particularly memorable, and I think I can name about three characters, let alone care about them. Sometimes the camera is glitchy as hell, and suddenly gets stuck an entire plane below where the character is standing, so I can no longer see the fight as it happens. There’s a whole lot of menu switching just to try and clear out the ever-full inventory, or to see where a particular quest falls on the map. But it’s fine. The NPCs are diverse, and I get that as an adventurer, it probably makes sense that I’m not forging lasting relationships with everyone I do a menial task for. The quests, while repetitive, are interesting enough to keep me engaged. The map thing… is really just annoying, I really wish they’d just made all the quests visible on the map.

I’m not sure what my point is anymore. It’s a polished game, but it’s polished for 2012. It’s a solid RPG, and if you want a very well fleshed-out fantasy world, you’ll find joy here. But I’m not sure that it’ll be a particularly memorable experience for me – beyond the spiders, of course. I’ll continue to hear their ugly screeches as they emerge from the dirt in my dreams for many moons to come.

Kingdoms of Amalur: Re-Reckoning was reviewed on PC with code kindly supplied by the publisher.