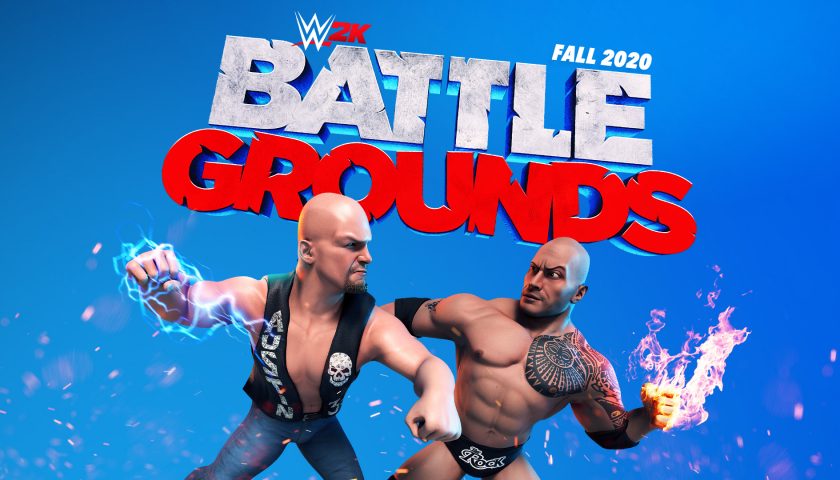 Things have not been very good for the annualised WWE wrestling games of late.  With the yearly turnaround, there has been a downward trend in quality, with poorly modelled wrestlers, technical glitches and just a general lack of quality reducing a series I once enjoyed into something I would not even play if it was offered for free.  In what was the best decision WWE and 2K have made for the franchise in a long time, 2K21 was cancelled, leaving WWE 2K Battlegrounds the sole piece of new wrestling fix for fans of the genre.  Is it the perfect replacement for the 2K series? No.  Does provide a better gaming experience when compared against the recent entries in the WWE 2K series? Absolutely.

First off let me be clear.  WWE 2K Battlegrounds is not meant to be a replacement to the main series of wrestling games.  Had 2K21 not been cancelled, Battlegrounds would have been a side venture for fans that may not have preferred the more ‘realistic’ experience of the long-running wrestling sim, a game that amps up the absurdity of professional wrestling.  Battlegrounds presents the Superstars as caricatures of themselves, their moves defying the laws of physics and the limits of human abilities.  And I had fun with it, something I have not done with a wrestling game for a long time.

The good news is that while Battlegrounds was intended to be a side project it still has all the usual features you would expect from a WWE game, including a story-driven campaign and an exhibition mode with all the regular match types included.  Battlegrounds also includes a Royal Rumble match but with the caveat that it has a limit of twenty entrants and a maximum of four superstars in the ring at any one time.  If taking on A.I. opponents isn’t your thing you, you can partake in the online matches, including the new King of the Battleground mode, where you will be pitted against other players for as long as you can avoid being eliminated.  With the 4 people in-ring limit, this can sometimes mean waiting in line to get into the match, but rather than looking at a loading screen your Superstar is placed outside of the ring and free to attack other players waiting to get into the match.

While there is a campaign mode for players to undertake, I would be lying if I said it wasn’t full of grind.  Following brand new Superstars as they defend their turf as part of the new Battlegrounds brand, you will take on a good chunk of the roster as you fight your way through the story, unlocking power-ups and Superstars as you go.  These unlocks though are generally situated off the main storyline path, at times making you play through multiple matches to access your prize.  You cannot even judge if the time investment is worth it, with your prize hidden until you reach the unlock.  If you want to unlock everything you will need to be prepared to win a lot of matches.

The grind would not be so bad if the matches felt like there was some variation.  Because of the arcade-style nature of Battlegrounds, the controls of the Superstars need to be simple enough that people can pick up and play without the need for long tutorials, thus every Superstar has a limited move set, with all grapple moves initiated by the right thumbstick or a combination of L2 and the right thumbstick.  With the limits on the types of grapples a Superstar can do, after playing through ten matches with the same move set it all feels a little bit too repetitive.

What baffles me though is the lack of information given to the player in situations where they need it.  You can access the tutorial through the menus at any time, and you will have the basics explained to you in the campaign as you experience new situations, but the information it gives you is not always the information you need.  For example when you start a Royal Rumble match for the first time an information screen pops up outlining the basics of the game mode, including that Superstars are eliminated by being sent over the top ropes and outside of the ring.  What the game does not tell you is how to instigate the mini-game that results in eliminating Superstars, leaving you fumbling around trying to figure it out while avoiding being eliminated.

While the arenas are bold and colourful and the cartoonish looks of the Superstars look a lot better than some of the downright ugly character models we saw in 2K20, there is still the odd graphical glitch.  Nothing major that will break the game, just minor ones where a character will vanish for a second during a reversal of certain moves.  It does not affect how the game plays and if you can look past some minor issues then there can be a lot of fun to be had with this game.

With its arcade visual aesthetic and controls, players can have a lot of fun as they use their favourite Superstar to defeat all who stand before them.  While WWE 2K Battlegrounds may not be a game for the hardcore wrestling fan, players will be able to pick up the game and have fun, easily pulling off spectacularly over the top moves after just a few minutes of game time, however, there may not be enough variation to keep those other than the hardcore wrestling fans engaged for a significant amount of time.