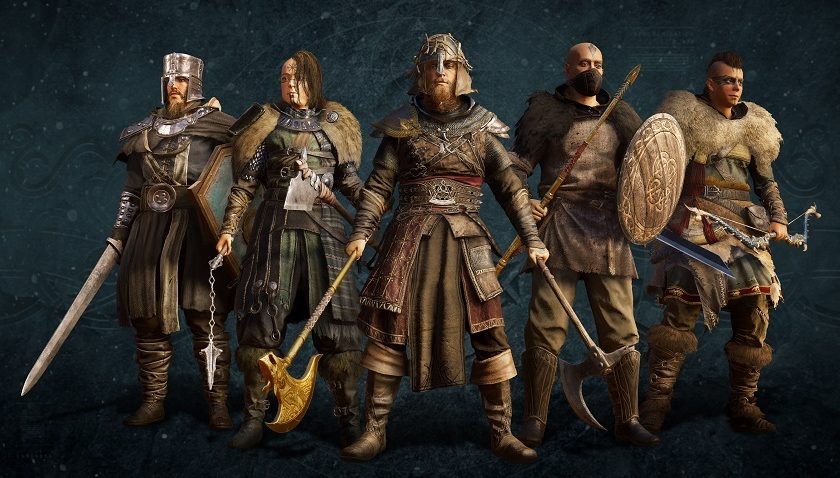 Assassin’s Creed Valhalla is an absolutely massive game, and at the time of launch, we’ve barely scratched the surface of everything it has to offer. Player2 has a full review on the way, but for those intrigued about the journey to Valhalla, we were lucky enough to get our hands on the Xbox One version of the game a little early, and there are some highlights you need to know about ASAP.

Vikings get it done

It might not come as a surprise that a game based around dramatic assassinations is violent, but you need to understand – this game is not just violent. It’s next level. The Vikings have gone down in history as a vicious group, unafraid to pillage and behead to get what they want, so it’s fitting that the game themed around the Norse might be a little more graphic. Heads are being sliced off all over the place. People are reaching in and pulling out hearts with their bare hands. Emmy award-winning show ‘House’, used to include dramatisations in which they’d zoom in on a patient’s internal organs, and show how a blood clot or an affected bone was poisoning their body. This is that except instead of a blood clot it’s a 9th century Viking axe, and it’s ripping their body in half. For something more current, think about Prime Video show ‘The Boys’, that shows someone new being dismembered, blown up, or disembowelled, at (as a very very conservative estimate) at least 5 times an episode. They don’t hold back.

Or I guess you could compare it to Game of Thrones, but who’s thinking about that anymore?

Getting the band back together

The overarching plot of the Assassin’s Creed series can quickly become overwhelming, even for someone who has followed every entry. For someone just jumping into the series, there are parts of the game that won’t make much sense at first. The role of Layla, who is arguably the game’s real protagonist, and her team, isn’t really explained. For the past few games, Layla Hassan has taken on the job of our resident present-day hero, who is jumping back into the timelines of her ancestors to attempt to understand past and present mysteries. Abstergo, who developed the technology to make this possible, has infiltrated the world with various other kinds of tech (like an especially evil Google), and clearly aren’t planning on using that power responsibly. It seems to be up to Layla and her new team (now made up of old series favourites Rebecca and Shaun) to find evidence around what the corporation is actually planning and to stop them. I’m imagining their goal will become clearer as more information about their present-day plight is uncovered, but as it stands, they are living in a house in the middle of nowhere (perfect for these COVID times, which Layla points out and which makes the whole thing feel jarringly real) and sending Layla back into the past to embody Eivor and uncover their role in it all.

Choosing the gender of your protagonist has been a possibility since the series’ last instalment, Assassin’s Creed Odyssey, but Valhalla takes it one step further. You can choose to play the whole game as a male or female Eivor, or allow the game to alternate between the two based on which “memory stream is stronger” for a particular moment. No matter who you choose, you can customise your character with a variety of hair colours and styles and tattoos, so that you can really make your Eivor your own. These tattoos can be applied all over their body, and new patterns can be purchased or collected throughout the gigantic game world. The stoic Eivor will look fierce no matter how you choose to represent their aesthetic, but it brings a welcome level of customisation to the series.

Glory, for king and country (and for kicks)

What starts out as a revenge story for Eivor ultimately turns into much more, as the game’s plot revolves around their Viking family and their journey into Anglo-Saxon England in the early 9th century. The game, like its predecessor, seems to be weaving together several different plots, some based around Eivor’s family and their attempts to conquer new lands, some about forming alliances, and one about bringing down a secret organisation. Sadly, they seem like less of a cult than they were in the last game, but I imagine finding out who sits at the top of this collection of shady individuals will be a mystery I will become increasingly interested in solving.

To make it to Valhalla is an honour reserved for truly noble souls chosen by all-father Odin himself, but many throughout this world are chasing that dream. While some NPCs throughout the world will still ask you to perform menial tasks for them, like collecting lost items or defeating a wild animal terrorising their home, they are also just as likely to ask you to help burn down their family’s house because they’ve lost their honour, or to request that you assist in sending them to the afterlife. While many of Odyssey’s quests seemed to be based on flirtations or more minor troubles, Valhalla’s residents tend towards the macabre. It’s early days, however, so I’m not yet sure whether that’s due to a difference in culture or the fact that Kassandra and Eivor clearly have different preferences when it comes to their methods of physical stress relief. So far, Eivor has had few options for even the smallest hint of romance, with the furthest she’s gone with someone being a nice picnic that involved a woman playing with her hair. It did fade to black though, so maybe there was a euphemism I missed. It’s hard to know.

There have been many kinds of battles in Assassin’s Creed games over the years, but until now none of them had implemented my favourite – the battle of wits. ‘Flyting’ is an ancient type of verbal contest, in which people throw insults at each other, but they make it rhyme so it’s impressive instead of straight-up insulting. It can get pretty savage, which makes sense considering it was apparently popular with the Norse and many others across medieval Anglo-Saxon England, and it’s immensely satisfying to match rhyming patterns and throw linguistic mud at anyone who issues you with the challenge. Plus, it’s the first time I’ve seen this mechanic implemented since the days of the Monkey Island games, and it makes both my inner point-and-click nerd and my inner word nerd sing.

Another feature not seen in the Assassin’s Creed series for a while now is the ability to develop and contribute to a home base using resources collected from the world. As your Vikings journey across England, you can perform raids which allow you to smash apart entire villages and then take their materials to make your own village better. You’ll build facilities for the residents of your town, all of whom can perform specific tasks and are in need of space to do them. You’ll kit out stables, a shop for your local ink master, space for the fishermen, a place for your assassin friends to hang out, and many other useful buildings. It feels nice to build something that’s your own – especially if you can forget all the people you beheaded to get what you needed to do it.

You can pet the dog (and cat)

The most important residents of your settlement are, of course, the dogs (and cats) that hang out there, living their otherwise useless lives. If you walk up to a dog, Eivor will kneel down and embrace it like a brother, giving it the big bear hug it deserves. If you approach a cat, pressing the prompt to ‘pet’ will make it jump into your arms, as if you are long lost friends, meeting again after centuries of war have kept you apart. Yes, these moments feel this uplifting and dramatic every time, even if you do them over and over again. No, I’m not exaggerating. The only disappointment is that you can’t pet the horses too.

So far, Assassin’s Creed Valhalla is violent, ambitious and saturated with quests and collectables that vary wildly in how fun (and functional) they are to complete. The Xbox One version comes with some long load times, but that isn’t surprising considering the game is likely optimised for next-gen consoles. We’ll see whether or not that issue is fixed on next-gen, along with offering our full impressions and comments in our upcoming review – so stay tuned.