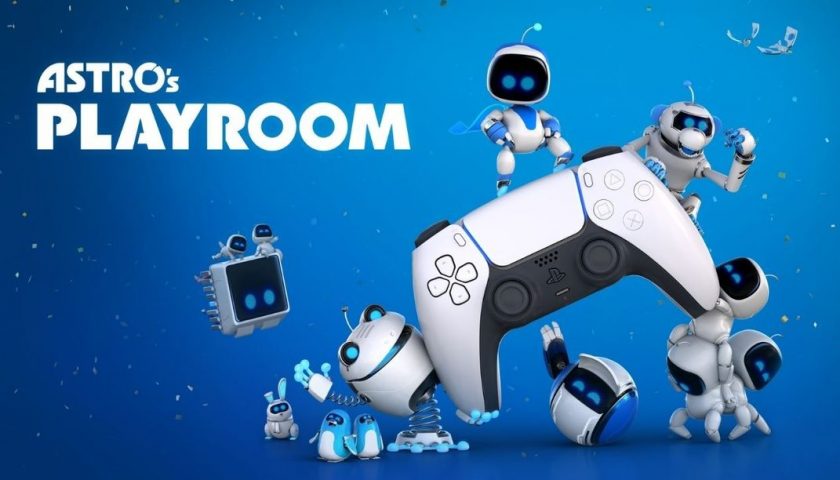 It’s rare that a game demo is capable of making a splash on the level of a full release. Obviously P.T. is one such outlier, but titles such as that come along all too infrequently. On top of a launch slate that is bursting at the seams with top tier first and third party titles, Astro’s Playroom slides in to remind all of us that the success that Japan Studio’s ASOBI Division didn’t simply fluke the success they had with the 2018 VR smash, Astro Bot Rescue Mission. Though a demo, Astro’s Playroom is simultaneously the tech-demo that perfectly shows the potential of the PlayStation 5 and is perhaps the spark for one of Sony’s next big franchises.

With no story to tell, it’s the gameplay experience of Astro’s Playroom that takes centre stage. Players can interact with any of four stages, each with about 20-30 minutes of playtime within them (plus more for completionists), and they will do so in a host of inventive ways that utilise every feature of the newly launched DualSense controller. From the built-in microphone to the new and improved touch-pad, gyroscopic controls, and most importantly the haptic feedback functionality in the controller, Astro Bot will navigate the worlds of Cooling Springs, GPU Jungle, SSD Speedway, and Memory Meadow (with a few smaller, and secret regions to wade through as well) and harness the feature set of the controller to perform a whole matter of fantastic feats. Though there are also traditional platforming elements present, it’s the joys of rolling Astro Bot, in a spherical ball through tight passages using only the touchpad or using a combination of the gyro, as well as the haptics to make Astro Bot, now encased in a spring-like suit navigate environmental hazards.

Though the platforming itself is relatively straight forward, it’s the implementation of these DualSense capabilities that make the game so enticing to explore. The tension you feel through the triggers as you shoot an arrow or line up a jump, the impact you feel on different parts of the controller as you pass over different terrain and get dragged by the wind, or as while it hails down upon you is phenomenal to behold. Blowing into the microphone to get a propeller spinning while not a foreign concept, and one that would often feel tacked on when implemented on other platforms (such as Sony’s own PlayStation Vita) feels more natural given everything else you’re already doing with the controller. Of course, the whole experience isn’t just about getting from start to end either, there are fifty PlayStation artefacts to collect and ~100 puzzle pieces to snap up as well.

Beyond the gameplay, Astro’s Playroom is such a defined love-letter to all things PlayStation. The artefacts that you find within each world relate to each of the four previous consoles, and give younger members of the PlayStation community an opportunity to explore historical aspects of PlayStation’s history that many of us have just taken for granted so far. As you walk the world, you’ll also be witness to dozens of little scenes with bots providing their impersonations of iconic PlayStation characters and franchises. There is so much PlayStation history steeped in this game, and it oozes out of every corner of the each environment.

As well as being an excellent demonstration of the future ahead for owners of the PS5, Astro’s Playroom serves as an excellent, albeit brief platformer. You’ll find that just as the game really begins to come into its own, it ends, and that’s an almighty shame, but will likely you leaving salivating at the prospect of what is to come for Astro Bot and friends. Hopefully we won’t be waiting too long for more.