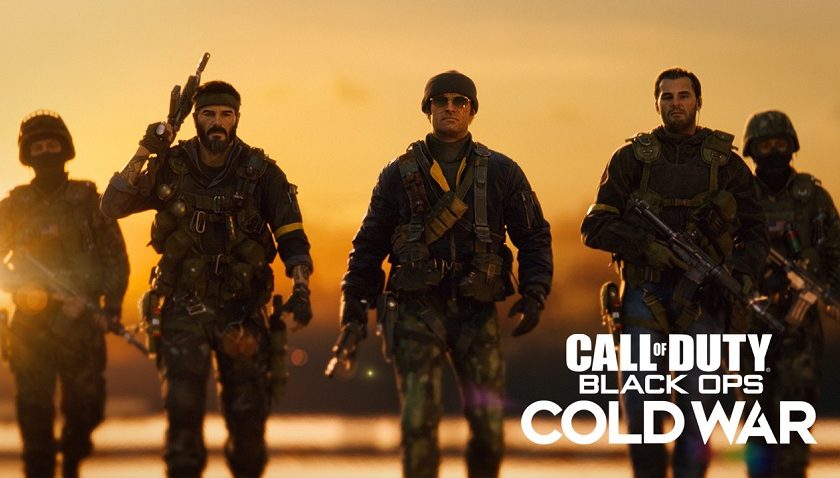 I want you to cast your mind back, back to a time when Raven Software was known for making interesting and engaging First Person Shooters. Heretic, Hexen, Singularity, all from the once esteemed development studio. But then something happened. Activision decided their collective talents were better of plugging gaps in the yearly Call of Duty development cycle. Instead of headlining their own projects, they were now something of a Mr Fix It studio, brought in to smooth out issues that occur when a game with the productions values of Call of Duty gets released every 12 months. But, through some stroke of luck Raven managed to grab the lead on the single-player component of this year’s entry and it is no surprise to anyone who remembers Raven’s back catalogue, that it is the most interesting and enjoyable COD campaign in years.

As you may have guessed from the title, this year’s campaign is set during the early 80s’ at the peak of the Cold War. This fertile ground has been well plucked by thriller author’s over the years but has been strangely absent from the world of video games so the whole campaign feels like it is in new territory. That feeling isn’t just from the setting either. The actual gameplay is quite varied when compared to previous COD games. Spying is the name of the game and it plays an important part in proceedings. Sure there are plenty of bullets-flying-everywhere sections but they are like the cherry on top of the engaging spy shenanigans, where collecting evidence and information is often more important than wiping out a whole platoon of enemy soldiers. There is even one level that plays like it is straight out of a psychological horror game, where you can’t trust your eyes and can only follow your instincts.

The story is absolute nonsense, but it is that enjoyable, Robert Ludlum style nonsense that allows you to suspend disbelief and just go with the flow. Old Black Ops stalwart Alex Mason is back again (not voiced by Sam Worthington this time though) but for the majority of the game, players take control of an agent called Bell. The story follows Bell, Mason and a few other espionage types as they try to stop the big bad from getting a hold of the USA’s secret stockpile of nuclear weapons. Like I said, pure nonsense but there is no denying the fun that the writers have had with the setting and it is almost impossible to stop from being caught up in the action. There are also side missions and multiple endings so there is real, desirable reason to play through the campaign multiple times and that is without even mentioning the discoverable (and playable) Atari 2600 games littered throughout the levels.

I reviewed Cold War on an Xbox Series X and I have to say it is stunning. Easily the best looking Call of Duty ever made. It runs at a silky smooth 4K 60fps without a single noticeable drop in frames, even when the action is at its most hectic. The detail in the characters is especially impressive and some of the lighting and shadow work is best-in-class. The sound design is wonderful too, with a great soundtrack of iconic hits, deep booming bass, an appropriately epic score and wonderful effects work that all sounded great on my very simple soundbar setup. It is no surprise that production values in a COD game are high, but that shouldn’t stop anyone from appreciating them. This detail and high production values come at a cost though. Fully installed, Cold War takes up nearly 140gig of HDD space which is a huge chunk of the limited space available on next-gen systems.

Multiplayer is a little bit of a mixed bag, however. The standard multiplayer from COD is back and it is pretty much the same as it always has been. Treyarch handled the multiplayer for the game and it seems they were content with just rehashing past hits and not trying anything new. The maps are also a little dull and forgettable so while fans of the COD MP gameplay loop will have a blast, it won’t bring anyone new into the fold and will not be remembered as one of the better years in the future. The new Zombie mode, however, is a blast. It is brash, bold and a wonderful take on the concept. There are multiple objectives during each map and great ways to upgrade and improve your zombie slaying arsenal. I had an absolute blast in this mode, even with randoms on the internet, so with a group of buddies on board, it should be a riot. Time will tell if the novelty wears off but at the moment I am thoroughly enjoying this year’s Zombie mode.

With Call of Duty Black Ops: Cold War we are getting two primary things. The first is the most inventive and original campaign in the franchise’s history and the second is a reminder that Raven Software are a wonderfully talented studio and Activision would do well to let them lead their own projects once again. Sadly though the traditional multiplayer experience is a little less shiny this year and even though the Zombie mode is a good bit of fun, it is more than likely that the novelty will wear off soon. But don’t let the multiplayer missteps put you off this one, it is wonderful to once again say that the real reason to buy a Call of Duty game is for the campaign. Well done Raven, I never thought I would say that again.