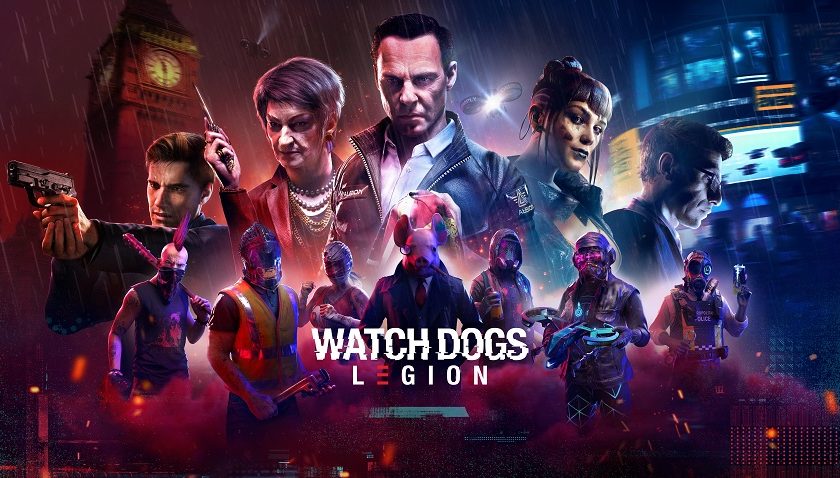 London is in a right mess. A security contractor called Albion has wormed its way into a position of extreme power thanks to a terrorist bombing and some shady dealings. It has essentially placed the city under a military lockdown, securing its own might in the process. The people of London are oppressed, racial profiling has led to people becoming refugees in their own city, violent reactions from military enforcers is the norm. London now resembles a high-tech Nazi Germany with power-hungry fascists running things. So who is going to set this right? Who is going to give power back to the people? Perhaps it will be a builder from across the street, a paramedic sick of treating injuries obtained from police beatings, or it could even be the old pisshead from down the pub. Welcome to Watch Dogs: Legion, where the people of London are your primary weapon against oppression and fascism.

Ubisoft came out with a huge promise regarding Watch Dogs: Legion and that promise is that every single person in London is playable. True to their word this is completely accurate (barring the necessary “baddies” of course) with every NPC kicking around old London town a potential new recruit for DedSec. This is achieved by completing recruitment missions, simple tasks that help you to convince the recruit that DedSec is the underground activist organisation for them. Erase some debt with the local mob, free their Gran from a holding cell, steal plans to a tank, you know, the usual sort of “making friends” activities. What happed to ducking down to the local for a pint? In all seriousness, the system works well, but it does start to wear out its welcome about halfway through the game, becoming a little repetitive and uninspired. That said, it is an exciting addition to the open-world genre, offering a true point of difference from the other games out there.

The characters themselves are quite varied and there are a range of personalities and archetypes on display. Each character has a speciality that can be put to use for the good of DedSec. A builder can call a cargo drone, which makes a convenient flying platform. A Lawyer can reduce incarceration time for operatives. An Assassin can use an instant-headshot skill. You get the picture. The key is to have a well-rounded team of high-quality operatives on hand to suit any situation. While it is certainly possible to recruit everyone, you don’t want characters that are just going to sit around HQ drinking all of your beer. You want the best of the best so to speak, so it is important you choose your recruitment targets carefully.

The interactions these characters have are a little hit and miss. Most of the time the characters use the type of generic dialogue that can be spliced and used in appropriate situations, though there are exceptions. In one instance, for example, my rather well-to-do aristocrat spy was infiltrating a human trafficking ring when he launched into a rather humorous piece of dialogue. “Hello darling, what shall we do this evening?” “Why not head out for a drink, maybe some canapes love.” “That sounds wonderful and while we are out, let’s pick up a slave or two.” After this little diatribe, he finished it with an emphatic “what utter c*#ts!” I also did like how the game creates a sense of teamwork by including various recruits in mission briefings and objective updates. The focus on teamwork overcomes many of the problems with not having a central protagonist, giving the story focus.

Speaking of story, there is a rollicking b-grade story of tech-conspiracy going on here that should keep all but the most jaded thriller fans happy. Twists and turns, red herrings and misdirection is the order of the day, all wrapped up in a British gangster coat of paint. It is like they crossed a Guy Ritchie movie with Tom Clancey, technobabble with all the charm of cockney swearing. There are even some key moments where choice comes into the tale and they can have significant repercussions for how events play out. In all, it is a story worth seeing to the end and it should satisfy most people.

Gameplay-wise, things are much as you would expect from a Watch Dogs game, however, there are a few key differences. As the range of playable characters is so varied there is quite an open design to most encounters. Missions all have a range of ways to be completed, depending on who your current recruit is. Direct actions, stealth, hacking drones to do your fighting, using cameras to steal secrets, all are viable options. The biggest downside here though is the fact the AI is absolutely brainless. There are simply too many ways to trick the stupid AI, so getting the most out of missions requires players to challenges themselves because the AI certainly won’t push them. I strongly suggest upping the difficulty and even turning permadeath on before you start, because otherwise, the game will be an absolute walk in the park for you.

Watch Dogs Legion’s biggest problem is a problem that many games with radical ideas have. The cool concept that makes such a great selling point isn’t fully fleshed out. I think in this case, that was almost impossible to avoid, because I am not sure that Ubisoft could have properly tested these systems in a development environment. I think it really needed a real-world release so they could see what worked, what needs improving and what can be binned. I hope that Ubisoft takes these lessons and revisits the idea because there is no doubt it is a fantastic one. That said, Watch Dogs: Legion is still certainly worth your time, there is a good amount of fun to be had, it just never quite reaches its full potential, which is forgivable, but a shame none-the-less.

Watch Dogs Legion was reviewed on the Xbox One X with code kindly supplied by Ubisoft Australia.