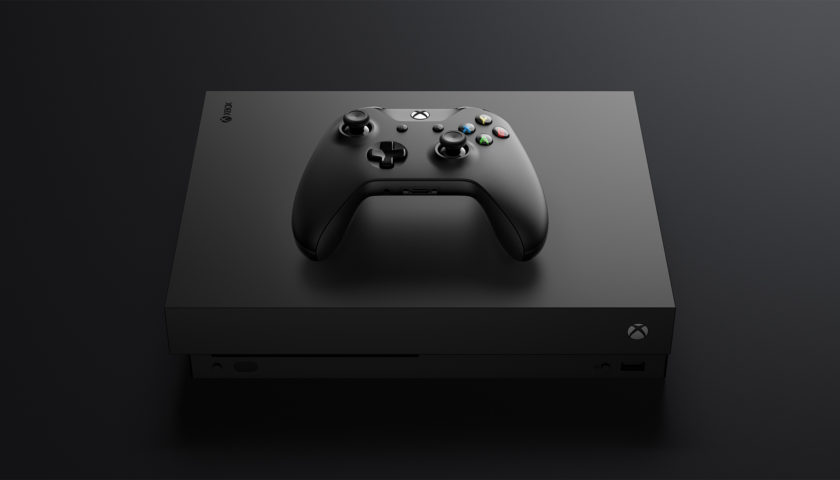 The Player 2 100% Accurate List of Definitive Xbox One Titles

To say that the Xbox One was a bit of a non-event is at once true and kind of unfair. A man who, many years ago, was responsible for one of Hewso’s favourite games of all time walked onto a stage and did an absolute bang-up job of showing how much damage poor messaging can do to a console’s entire life-cycle.

In other words, PS4 got momentum early and never really slowed down, but Microsoft did start to get its act together, although much of this has been building to repair the brand and create a kind of unified future. That all said, by the end of the generation MS had managed a few top-tier exclusives, and eventually delivered a machine in the One X that all but guaranteed the best experience from third-party releases.

Below are ten games – presented in alphabetical order – that we think feel most at home on Xbox hardware. Considering the nature of the Series X/S vision, you could even see it as a kind of guide to games to play on your new system. You can have a listen as to how we came up with this list here:

Oh, how the developers of Cuphead must have suffered. Cuphead was immediately loved upon its unveiling, which is easy to understand because that their 2D animation really is very, very impressive. Just look at it! Imagine the sheer amount of work that went into that! Of course, it then turned out that Cuphead was intended as something of a boss rush experience, everybody got upset, and the poor devs basically had to build an entire second game to fill out the bits in-between. People loved the end result, though. They really loved the end result. You should maybe check it out if you haven’t already.

Yeah, a lot of games on this list focus around being a big tough dude who is good with guns. That’s kind of been an Xbox thing since day one. Doom predates the Xbox, however, but boy did this reinvention/return-to-form ever feel destined to shine on Microsoft gaming hardware. We were all worried about Doom’s 2016 reboot, but, boy, we shouldn’t have been. This may well have been the best surprise that the year had in store (granted, this was the year that gave us Brexit and a Trump presidency). An absolute gauntlet of hellspawn to kill, plenty of guns (and a chainsaw) to do it with, and a silky-smooth framerate to help you pull it off. Oh, and Microsoft effectively owns the developer now.

Bless Forza’s heart. Honestly, we’re struggling to think of a big-money game franchise that works quite as hard as, or is as remotely consistent as Forza. What started out as a stab at the Gran Turismo market has not only grown into a more than worthy rival but also spawned a side series that is arguably more alluring than the main event. The Horizon games have taken Forza’s automobile fetishism and then proceeded to loosen the tie and provide gorgeous worlds to drive around in. While we do have a soft spot for Horizon 3’s idealistic representation of Australia, its British big brother really is the one to beat. Forza Horizon 4 is a fantastic safe bet if you want to satisfy a large number of people and a truly great game by its own right.

There is a sad dearth of truly excellent exclusives on the Xbox One. Even the most stubborn of Xbox fanboys had to admit at some point that Sony was winning that particular war, and doing so quite handily. That said, there were a few true killers in there, and Gears 5 may just be the showiest of them all. It’s worth noting that Gears 4 was actually pretty good, better than many people give it credit for. Gears 5 is better, though. It’s an absolute showpiece, too, no matter what you run it on – it runs happily on a launch XBO, and has been polished to a blinding shine for the Series X. Plus, burly space marines shooting big guns? That’s about as on-brand as an Xbox game can get.

The last few years of Microsoft’s gaming vision in the one tidy package, The Master Chief Collection has led a pretty wild life. Of course, it should have been simple. Much like the XBO was when first revealed. Naturally, it turned into an online-related garbage-fire. Again, comparable to its original host platform. Since then (again, much like the XBO itself), it’s been tuned and tweaked into something akin to what it should always have been and, in the absence of a truly great new Halo game over the course of the generation, it still something of a backbone for Games Pass. Also, it turns out that some of these games are still legitimately good fun.

Ori and the Blind Forest

Yeah, you can play Ori on the Switch now, but there’s little doubt that it still feels most at home on the Xbox. First revealed when Microsoft was being bludgeoned to death by a string of indie gets for PlayStation, Ori had a huge weight placed upon its shoulders. Did it carry the console? Heck, not. That’s a totally unreasonable demand. It did, however, prove to be a damn fine platformer that mixed satisfying exploration with some tight (and, err, challenging) combat mechanics. Never mind that it was (and still is) absolutely gorgeous.

In some ways, this almost feels like a coup, although it perhaps shouldn’t considering that the previous game ran better on the 360 than it did the PS3. The stinger this time around, however, was that Sony not only had more developer-friendly hardware than it did in the previous generation, but it also had a much larger install-base and an advertising partnership with Rockstar games to boot. There’s just no way that this should have happened. It did, though.

Don’t get us wrong. RDR2 is a fine game on PS4 and (notably) PS4 Pro, it’s just that the Xbox One X version absolutely smokes what was released on the Sony platforms. Sometimes the difference between versions requires a side-by-side to fully appreciate; the One X version of RDR2 caused people to rub their eyes in disbelief.

No Man’s Sky with pirates? Maybe. But maybe not, also. Sea of Thieves looked intriguing upon unveiling and then ultimately proved to be a bit too shallow upon release. As so often seems to be the tale with Xbox stuff in recent years, though, work continued to happen in the background and things have become much improved over what once was. If you’ve some friends and fancy some multiplayer that differs from the deathmatch and battle royal norms of the world, then giving Sea of Thieves a go might just be the ticket.

Ah, that brief moment in time where it looked like the Xbox One might actually make good at shaking things up. Nobody predicted that Insomniac would develop an exclusive for the platform (and to be fair, the surprise was so great that it may have inspired Sony to outright buy the studio), but the results were quite delightful. It’s hard to say if this was the result of genuine vision or if MS was just desperate for brownie points after if blew the unveiling of its console so hard that the wind chill can still be felt in Redmond, but the result was gloriously creative. One can only assume that Insomniac was told to just go crazy and create whatever and that whatever was a desperately needed splash of colour and hyperactive gameplay for the system.

Titanfall. Boy, what a get that one seemed to be. What promise it held. Developed by Respawn, a developer that was, at the time, particularly notable for being comprised of the key developers behind Call of Duty: Modern Warfare, Titanfall promised to be the XBO’s golden goose. This was the game that would really move some units. A multiplayer-only title, sure, but one that everyone agreed was really good. It was really good, but it didn’t really shift any boxes. Titanfall 2 didn’t, either, in part because it was also on PS4, and in part because it was unfairly overlooked. It’s really good, though. Hell, the campaign is really good. And if you have a One X or Series X, holy hell is it sharp. You could cut your eyes just looking at it. Except that you won’t, obviously. That’s just dumb hyperbole. The game is really good though. You should play it, safe in the knowledge that your eyes will be fine.