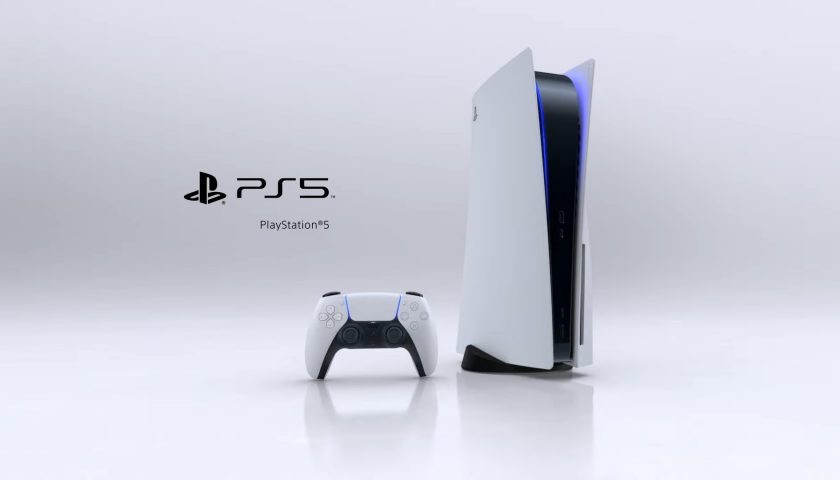 Two Weeks With a Playstation 5

Sony sent me a PlayStation 5 loaner for two weeks. Much like a family that adopts puppies to be trained as service dogs, I took possession of The console knowing/dreading that I would have to return it in two weeks, that all my progress in PS5 games would be lost to me until the time that I could afford a console (and indeed until a time when they were actually available to buy). This time limit hung over me the entire time, to the point where it impacted my enjoyment of the games, not wanting to dive too deeply or gain too much progress for fear I would want to keep going and the call would come for me to return the console.

The first thing my wife said when she saw the delivered package was, ‘Please tell me it’s not that big.’ My wry smile was enough to make her eyes roll. ‘Where are you going to fit it?’ The answer was not in our TV cabinet, which has so far comfortably housed every console I’ve owned. Nay, the PS5 is so big that it would not fit sideways in our cab with enough space for ventilation. It was therefore erected alongside our television, beaming proudly like a misguided architectural marvel. I swear I saw clouds begin to gather about its top.

This thing is bloody huge. It is so big it probably cost as much as its RRP to courier to me from Sydney. So big that I can’t imagine owning one in its current design. I’ll take the inevitable redesigned slim in a year or two, thanks.

The DualSense controller is nice. It feels expensive. It feels like you need to get a credit check to be able to buy a second one. It’s full of whiz-bang stuff like feedback for your fingers and triggers that fight you when you try to press them and a microphone you can blow into. It’s a bit like the Wii and PlayStation controllers combined. It is very difficult to describe the haptic vibrations in your hand, but it does a good job of replicating surfaces as you move over them. The included Astro Bot game does an amazing job of showcasing some of the possibilities. It really feels like you’re pushing down on springs to do a jump or crushing prize balls. I am guessing we’ll see this implemented in driving games, with rough surfaces fighting against acceleration.

As a console, it feels fast and modern. Game load times are super quick, while everything downloads and updates speedily. I have to say, though, after being spoiled with Microsoft’s Quick Resume, I did miss it on the PS5. Games do load very quickly, but I found that after weeks with several games suspended on the Series S, the inability to jump between titles on the PS5 feels like an omission.

I was provided with codes for Demon’s Souls, Sackboy, Miles/Spider-Man and The Pathless. However, the PS5 arrived on the release day for Cyberpunk 2077 and so, fearing the horror show that awaits me on PS4, I chose to main that as much as I could while I had the PS5 to take advantage. When it runs without crashes or glitches, Cyberpunk looks really good on PS5, with a nice, high frame rate that hovers around 60fps consistently. I truly do dread having to downgrade to the PS4 with this game once my loan time ends. (Update: before the loan time ended, the constant crashes and glitches with Cyberpunk forced me to return my copy for a refund – I am so disappointed with this title that I don’t think I want to play it ever again).

Demon’s Souls is similarly impressive, loading quickly and piercing the eyes with high frame rate and revamped graphics that revolve around gorgeous lighting. This game terrified me. I got spooked by a blue-eyed bastard early on and legged it into a confusing warren where a cluster of enemies cornered me and stabbed me dead. I also don’t want to play it too much, as I know I won’t have the time to get into it too deeply. I don’t want to return the PS5 with invested, unfinished business. So I have just stuffed around a bit.

Miles Morales screams, “Here’s a proper PS5 game!” The most impressive thing about this title is how it gives you several graphical options. I’ve experienced Performance and Graphics modes in games before. However, Miles offers even deeper customisation, with a “Performance but with some ray tracing” option. This is bloody cool and gives you the best of both worlds. If this kind of deeper choice is what is going to come out of these new consoles, then I’m fairly excited. It is a perfect-sized AAA release with likeable characters, exhilarating missions and boss fights that always make you feel in control of the situation. Definitely one of my favourite games of this year.

As mentioned, Astro’s Playroom is a perfect little game that shows off the new DualSense controller. It has a Mario-esque feel to it as you zip through a handful of themed worlds, collecting jigsaw pieces and unlocking PlayStation-themed collectables, which then get transported to a central hub where you can run around and jump over giant PlayStation consoles and peripherals. It’s also a perfect little gateway game as it only takes a few hours to get the Platinum Trophy.

The Pathless is another gem, offering enjoyable traversal of a ruined world with engaging environmental puzzles. The boss battles in this are also great, structured first as a chase sequence followed by unique battles across the handful of main encounters. This fast became another favourite of mine for the year. I was particularly impressed with the sense of speed as the character slides along the ground and in the air, shooting arrows at scattered diamonds that give you a burst of movement and refill a stamina bar. Austin Wintory’s soundtrack is also excellent, at first non-intrusive, yet building in complexity and originality to augment the experience.

Unfortunately, I haven’t had time to check out more than a few levels of Sackboy, but I look forward to it sometime in the future when the PS5 is in stock and has undergone a physical redesign. Actually, I *know* I’m not buying one until that happens. The PS5 is just too large and ugly at the moment to fit into my life. In any case, Sackboy seems like an enjoyable if somewhat sedate platformer that seems to have done away with the creative focus of previous titles. I guess that aspect now belongs to Dreams.

Overall, I was impressed with the experience of playing games on the PS5. The new controller feels high tech and smooth. Loading was consistently fast across all titles, yet I yearned for Quick Resume. In the end, the time constraint hanging over my head left me to just dabble in the other games. Unfortunately, two weeks was too tight a timeframe for me to truly dive into all the PS5 titles. Such a small window is unfortunate, as it gives me a taste without any avenue to push deeper.

I came away feeling that although I enjoyed the games themselves, I dislike the console’s sheer presence. Once a slim version is announced, I’ll cough up for one. As it exists right now, I’m happy to stick with Microsoft’s far more elegant offerings. Microsoft’s new consoles are also far easier to set up, with cloud saves automatically syncing across games. The PS5 is a different story, with backups from a PS4 incompatible unless you save your games in a very specific way to external storage or pay for PSPlus. If I had, say, sold or traded in my PS4 before getting the 5, I would have lost all my saves.

I probably prefer the DualSense controller, though. It allows developers to really think about surfaces and textures and resistance. Whether or not that capacity gets used much remains to be seen, but at the very least it is something about these new consoles that feels new.

Until the PS5 Slim is announced, farewell you behemoth, it’s been swell, I’ve enjoyed your fancy controller, fast loading and smooth frame rates. I wish you had Quick Resume and didn’t look like a Dubai skyscraper. May we meet again in future.