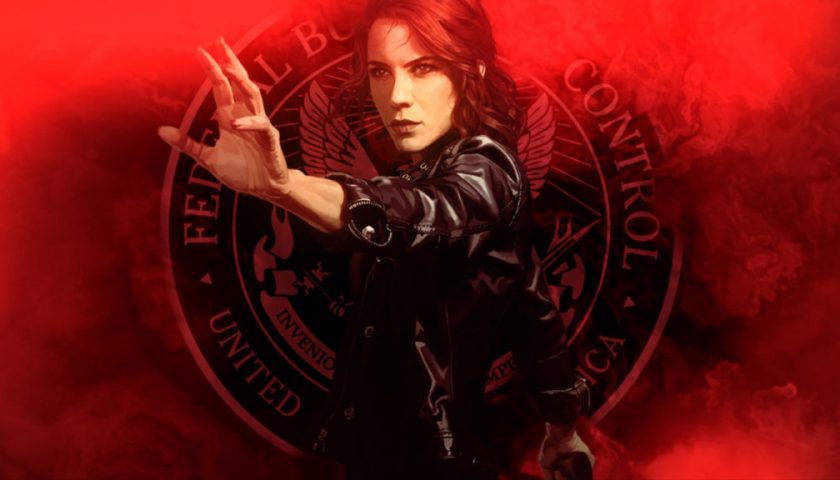 I find myself in an interesting situation. I have been tasked with writing a review for the ‘Ultimate’ edition of Control from Remedy Entertainment. What’s the problem you may ask, after all, writing reviews about games is par for the course when you want to write for a video game website. The problems I face are two-fold. The first is that I missed Control when it first hit the scene back in 2019. I knew of the game and of the love a lot of people held for it when it was released but was absorbed in other games at the time (you can blame Fire Emblem: Three Houses for that) and just never got around to it. The second problem I face comes from the fact that our illustrious Editor-in-Chief Hewso wrote a glowing review for the base game soon after release, loving his journey through The Oldest House.

In a way, coming into the experience for the first time meant that I was not forced to retread the original storyline of Control, instead, experiencing both the story and the confusion it sowed within me, from a fresh perspective. Now as many of you would know, ‘complete’, ‘GOTY’ and other versions of games that include already released DLC material can often confuse players new to a game, with a player going to do X mission only to find that they are woefully unprepared and underpowered to survive what they will face. Rather than allow you to plunge off the metaphorical cliff, Control keeps those areas locked off until you am ready to face them, whether locking off access to the AWE Expansion until I had the right abilities unlocked (launch and levitation) or stopping me from accessing the Foundation DLC that takes place after the conclusion of the main game.

Apart from the inclusion of the DLC, the Ultimate edition of Control also packs some very good quality of life improvements that will ensure players get the maximum enjoyment out of the game. The distance between the Control Points that serve as checkpoints and the boss fights that are likely to kill you has been dramatically decreased, to the point where I don’t think I was more than a room or two away from re-entering the fray after a respawn. The game also includes the Assist mode that was released just before the AWE Expansion that allows players to tinker with difficulty settings to tailor the game to their own playstyles. You can increase Jesse’s health or damage to whatever increment you choose. If you really don’t want to bother with the combat and want to focus your energies wrapping your head around the story elements, turning on invulnerability and one-hit-kills will give you the chance to slow down and try to figure out what is going on.

This is very useful because the games neglect to tell you a lot of things, leading to significant frustration when you find yourself getting killed over and over because you don’t realise you need to shoot some small red bricks to make a wall disappear or getting killed by some rock-like things in the Astral Plane while the game was telling me about the hotline allowing you to contact extra-dimensional entities. I died a few times before I realised these were not the extra-dimensional entities that I was looking to contact. Fortunately, these head-scratching incidents don’t occur all that often and as such don’t detract from the game at all. Maybe it is just a matter of myself being a little bit too dense for Control after years of playing games with big bright objective markers.

While there may not be shiny quest objective markers to lead you by the hand there sure are some nice reflections populating The Oldest House. The ray-traced reflections that the next-gen consoles can render give the visuals a subtle layer that just makes the look of environments pop just that little bit more. Utilising the ray-tracing enhancements of the graphical mode will cap the frames-per-second at 30, but those who care not for reflections and instead crave that buttery smooth 60fps can enjoy the benefits of the performance mode. Both modes output at 1440p and support 4K output, but I played through most of the game on the graphical mode and never noticed any frame rate issues at all, even in the middle of hectic combat.

The only real complaint I have comes from the design of the AWE expansion. While Control had left some not so subtle hints that Alan Wake existed in its universe, the AWE expansion was supposed to be the big crossover event. Unfortunately, it feels more like a teaser for what Remedy have in store for the future than a true crossover event. Despite this, fans of the Alan Wake franchise will enjoy finding out what happened to the titular character after the ending of his game.

If, like me, you missed out on Control when it first came on to the scene Control: Ultimate Edition is the best version of the game available. Those who are fortunate to have a next-gen console will be able to experience Control at its best, but even those who are playing on the last generation still have the benefit of an awesome game that has had the annoying issues fixed from the original release. If you haven’t yet experienced Control, now is a perfect time.

Control: Ultimate Edition was reviewed on the PS5 with code kindly provided by All Interactive Australia