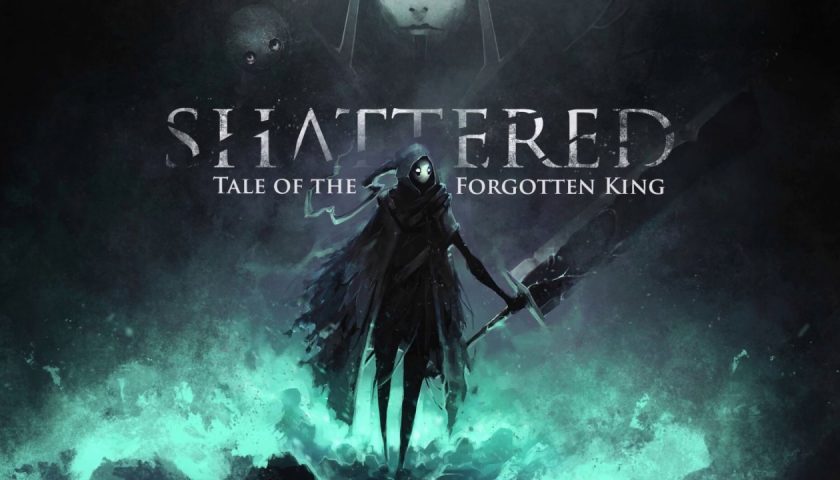 Have you ever spent countless hours playing a hyper polished, ultra focus tested AAA open-world action game with a budget the size of a small country’s GPD and thought, “I know I’m having fun, but why does this feel off somehow?”

Shattered – Tale of a Forgotten King, a recently released out of early access open world Souls-like action RPG, is not hyper polished or ultra focus tested. It’s a little rough in parts. It’s ambition far outsizes its budget and team experience. It’s got its flaws. But nearly everything about it is interesting. Both in the “this is different,” and the “ok damn, this is pretty cool, ” ways.

I’ll be straight with you, my reaction to this game was a little bit of a rollercoaster.

“Oh cool, an indie RPG with a cool aesthetic and music! I have to play this!”

“… wait, it’s a Souls-like? Crap, I’ve already asked for a code from the developer…”

“Damn, this game is really cool.”

Souls style games are… not what I would usually go for. Don’t get me wrong, so many of them look so damn cool. If I’d managed to score a PS5, I just know I would have been all over Demon’s Souls – for about five minutes anyway, before remembering that hey, difficult twitch-based games are so not my style. Give me a complicated brain teaser I can mull over for days and I’ll relish it – make me perform a series of flawless combos and reactive moves in quick succession, and that controller is going out the window. I lay this all out for you here, dear reader, so you understand what perspective I’m coming at Shattered with.

This game pulls on so many Souls tropes it ain’t funny. You have your bonfire equivalent. Enemies respawn when you rest. You have a healing item you can only use a number of times before refilling at said resting place. Light attack. Heavy attack. Stamina for swings and dodges. Magic. You collect a Souls adjacent currency that is lost upon death, but you have one chance to get them back if you defeat the enemy that slew you. The world is interconnected. You generally don’t have much of an idea about what’s going on, unless you actively try to understand it.

These elements could be taken or left in my book, but they function well enough. It’s a collection of known qualities that are a surefire way of designing a world. But where Shattered is most interesting is in where it deviates from Souls. The most important of which, in my mind, is found in the famed difficulty of these types of experiences.

Shattered can still be hard at times, but it’s importantly not punishing. The bonfire equivalents – Limbo Wells – are placed around the world in such a way as to not cause you too much heartache. There’s always one inside a boss chamber, so you’re never clambering ten minutes across a field to get stomped on again. It took me upward of 20 tries to beat some bosses, but that time spent was counted in minutes, rather than hours. Frustration is thankfully kept to a minimum due to this design philosophy.

Combat itself is still somewhat similar to Souls, in that your character commits to animations when attacking, which is usually where the difficulties of a Souls-like lie. This is counterbalanced in Shattered thanks to it being a bit more forgiving with action timings, as well as with the AI being uh, let’s say, pretty basic. Enemies seem to only have a 180-degree cone of vision in front of them and are also completely deaf. You can run up to them from behind, smash into them and still not have them notice you. I personally didn’t mind this honestly, as it felt like I could get the upper hand in a fight if I was clever about my approach.

This culminates in what is probably the softest Souls game out there, and likely a great entry point if these types of games just immediately put you off. I’ll admit, I’m kind of a little bit more interested in checking out OG Dark Souls thanks to this game. Maybe.

On the flip side of the coin, Shattered does differentiate itself a little more from it’s Souls brethren through its Nier-like qualities. Shattered houses a large open area with spoked off dungeon style levels. While not being quite as front and centre as the combat, platforming plays somewhat of a central role in your experience – often in the form of weaving your way around levels, hunting down items and finding semi-hidden pathways.

The invocation of the cult classic franchise comes across in a few key aspects. Some sections of the world play out with forced camera angles, switching to isometric or even 2D viewpoints for shot framing and occasional platforming sequences. While not necessarily grand in an orchestral sense, the otherworldly music also had me reminiscing on 2017’s Nier Automata with positive vibes.

For all that Shattered does simply competently at a mechanical level, that isn’t it’s biggest draw to my eyes. No, that would be the dense, well-written, positively juicy lore behind what the bloody hell is even going on in this game.

You begin the game with pretty much nothing. And I’ll be honest, by the end, I still only had a fragmented idea of what was actually the deal with this sci-fi world. Names and numbers, characters and gods, history and reality all blending to create a fascinatingly original concept. This game is built off the back of a decade of world-building in other formats like tabletop role-playing, and it shows.

What makes this more interesting than your run of the mill “drip-fed content” approach is that each snippet of lore comes from different perspectives, different characters with entirely different interpretations and ideas about what the world and its history. Conflicting reports gnaw at your sensibilities, and deciphering who of the characters are being completely honest with you is part of the fun.

It’s probably not something that would work for everyone, but this style of storytelling works like a charm for me. Though I only had half an idea about what was true in this world by the end, I still wanted more. It’s the type of game where I can’t actually wait to go wiki diving.

If deep, intricate lore isn’t your thing, however, that isn’t a major problem. It’s not necessary to play through the game really. I think that’s part of the point. Are you going to pay attention to what you are doing and what’s going on around you, or do you just want to be the dumb wanderer swinging the sword, carving your way through this landscape of incredible mashed together architecture pulled from across all of time and space?

I’m fairly certain the “end” that I saw was, er, the bad one.

In notes from the devs, they expect the adventure to take around 30 hours to get through. I’m usually slower than average, so I was surprised when credits rolled after a little over 20. I took my time thoroughly exploring, thought I poked at nearly every nook and cranny this world had to offer. Yet still found myself 10 hours short of expectations.

I actually love this. Despite my seeing what I thought was everything, There’s still so much mystery to the game. So much of gaming these days is about making sure you see all the content. Go to the place, absorb everything, move on and never come back. Shattered feels different. It feels mysterious. There were doors I didn’t find keys to. There were screenshots I came across of areas and bosses I’d never seen.

There was even an entire category on the menu – Glyphs – that just stayed greyed out the entire game. I feel like there’s just something I didn’t gain access to, yet I could still make it the entire way through the game regardless (and not feel like I was missing out on something). The fact that Shattered has the audacity to allow this is incredible. Could you imagine Assassins Creed allowing you to miss an entire system and you be none the wiser?

I feel like I could play through this game again, not necessarily do much different, and see things completely differently. Whether that’s true or not, I’m not sure – but that fact that it feels this way makes the world so much more appealing.

This game is clearly made by a small team with little experience. But on the flip side, it’s an ambitious project with a ton of thought, love and heart put into it. I would always choose a game that’s interesting and ambitious over polished and focus tested. This is the case with Shattered – Tale of the Forgotten King. To this reviewer, the game is all the better for it.

I don’t know if this game is going to resonate with a lot of people in the same way it does with me. My tastes are a little odd. But if there’s something appealing about the rougher, more ambitious project that calls to you as well, Shattered may well be worth taking the punt on. I can’t help but look at my time spent with Shattered fondly. It may not be a masterpiece, but its zeal is undeniable.