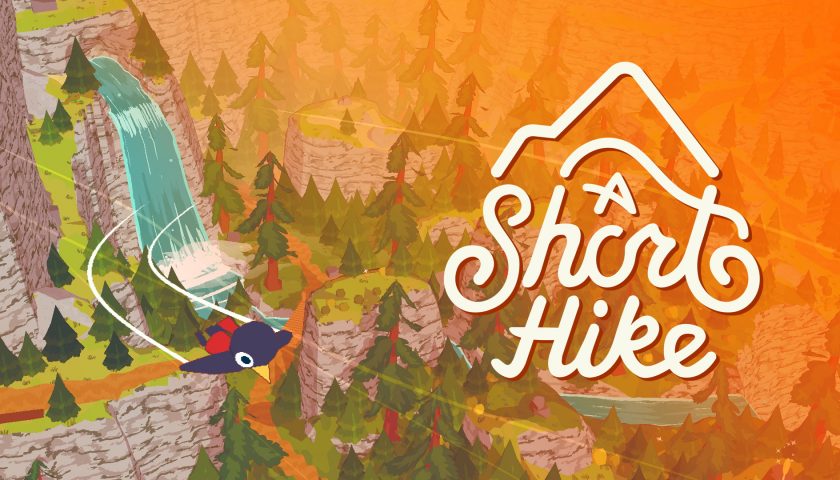 Hawk Peak is the place I go when I just need a short break. Just a little something to relax to take the edge off; a quick holiday to a place where the worries of the day can not find me.

I’ve made the trip to the little island getaway four times now, each time soaking in the sun, chatting to the locals and making my way up to the highest points to take in the view. The first time, this adventure-filled a longing for an open world, climb anywhere exploration I’d not satiated since Breath of the Wild. Now, I know the little island like the back of my hand. It’s still one of my favourite places to visit when the grip of anxiety has a stranglehold on my day.

On the car ride over, protagonist Claire is distracted and withdrawn. Her aunt May insists that the day trip will be fun, but Claire barely takes the words in. She’s not all that interested in what’s going on around her; her mind is elsewhere, focused on the problems swirling around in her mind. It’s a situation I know I find myself in way too often.

As Claire peeks her beak outside and takes her first few steps wandering outside the beachfront house, it’s clear to see she is an anxious bird. Weighed down by her own worries, she can’t really muster the energy to climb or fly very far. Falling down smaller inclines of the 3D space you are wandering around means taking a few seconds to trek back around and up the path, rather than climbing or flying back up. Her actions and mindset mirror the player’s initial adjustment to the controls – a little off balance.

As Claire makes her way around the base of the low-poly national park, poking around and chatting with the locals, you learn that the collection of golden feathers is required to progress. Each feather allows Claire to gain a little more height – both in flapping her wings while gliding and in being able to climb up larger cliff faces. These feathers are found all across the island through two key motivations: exploration and helping people.

Adventuring out further up and around the mountain, Claire runs into a collection of characters each with their own hang-ups that she can help with. The problems each of these characters has aren’t ever anything huge or world-shattering. Not to anyone else, anyway.

A lot of the issues you help others overcome are built off the back of anxiety. The runner who feels like they can’t run the race without their lucky headband. The camper who has lost their permit, who freaks out the second you begin talking to them. The painter whose lack of faith in their own ability causes self-doubt over her submissions for an upcoming art exhibit.

Most of these problems are functionally solved by finding an item for them but emotionally are only put back on track through talking about the underlying issue. It’s through chatting openly and honestly about what they are thinking and feeling do these characters re-align themselves, relax a bit, and bring themselves a bit of calm and peace.

The runner is clearly good at what she does – she’s been sponsored by a shoe company, having received ten pairs from them. The camper just doesn’t want to break the rules and fiercely respects the park. The artist realises they were invited to the exhibit for their own talent; there’s no need to change their style to suit what they think others want from them.

As Claire helps more and more people, her collection of feathers grows. Where this initially serves as a mechanical loop to keep the player exploring and progressing, it’s only through Claire’s push out into the world and talking to people can she climb higher and fly further. Every feather gained is another aspect of anxiety tackled and understood; a literal weight off her shoulders.

Reaching the summit of Hawk Peak for Claire is the crescendo of the experience, reflecting the journey Claire has taken. The game gives you time to take in the beauty for a minute, before tackling the final piece of the puzzle – Claire’s own anxiety.

The phone conversation that ensues reflects much of what the game has been saying, wrapping these themes up neatly. Though it’s with a character we’ve never even met, it’s powerful in its simple nature – it’s everything we’ve learned so far about dealing with anxiety, but with the perspective focused back on Claire instead.

The allegory of climbing up the mountain to its peak is used as a metaphor in a lot of media in general, let alone game – hello, Celeste – but here the meaning becomes a bit more nuanced. Trying to climb the mountain without taking the time for self-reflection and addressing internal turmoil is both going to be unnecessarily difficult, maybe even not possible. But with proper understanding and discussion, talking with friends and through self-realisation, it’s not as difficult to overcome as we might have thought.

Every time I come to the end of my latest hour or two with A Short Hike, I can feel my shoulders having relaxed, even just a little. In the beginning, it was a joy simply to explore and discover. Now, it’s a place of comfort and familiarity. Every time, it’s just a nice place to visit.

Finishing up my time once again visiting Hawk Peak, I am hit with a familiar sense of melancholy. Like a holiday that feels like it has ended too soon, I say my bittersweet goodbyes to the people of this beloved national park as the sun sets on the worries that, just a few hours ago, have faded. At least a little.

A Short Hike was reviewed on the Nintendo Switch with code purchased by the reviewer.