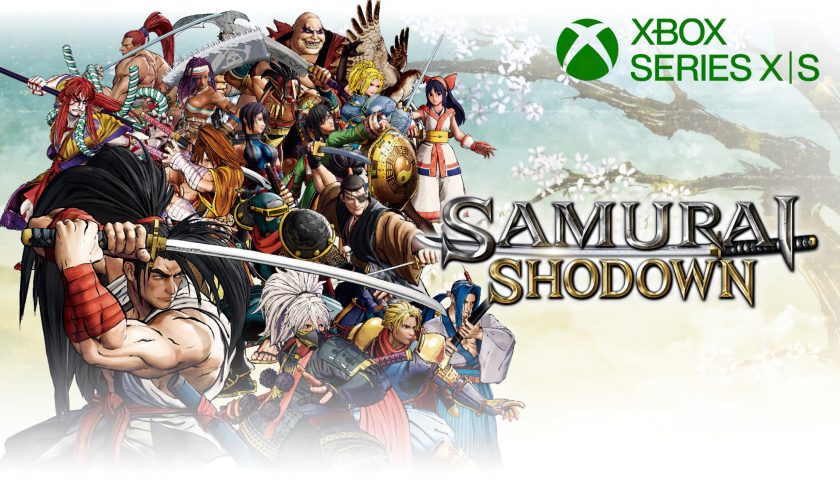 Samurai Showdown – Slicing Up The Next-Gen

The swords clash. Fighters jostle for position, looking for an opening, a weakness to strike. The tussle is back and forth, neither combatant giving an inch. Then suddenly, one of the fighters overextends ever so slightly. His opposition was waiting for just such a mistake and quickly launches an attack. Suddenly, a horizontal slash from a swordsman, a fountain of blood spurts out before a body crumples to the floor.  The victor stands over the lifeless body, knowing but for one mistake, it could have been him.

Welcome to the world of Samurai Showdown.

Now for those just joining us here on Player 2, you may not know, but I have reviewed the latest incarnation of Samurai Showdown before. As a result, I am not going to go too deeply into gameplay here, that would just be retreading old ground. Instead, I am going to focus on the new and changed things in the Xbox Series version. But for those that want the quick version, Samurai Showdown is a one on one fighter that does things a little different to most of the genre. Combos, while present, are not the goal. Punishment of the opposition’s mistakes is. Considering the heavy attack does more damage than most of the special moves available, it is about choosing the right time to strike more than overwhelming your opponent in a flurry. This makes Samuari Showdown a unique fighter, one that will either grab you with both hands or force you to look elsewhere for your fighting action.

So now you are caught up on the basics, what has changed in the next-gen version. Well, when compared to the PC version I reviewed earlier, not too much but comparing to the last-gen consoles brings more noticeable improvement. The game can now run at 120FPS if your TV can handle it (mine can’t) but at 60FPS this game is already silky smooth in action. There is a huge (but not quite enough) improvement in load times between battles which is such an important thing in a fighter. No one wants to wait around for a minute between every battle. Finally, everything is just sharper and cleaner, which makes the almost cel-shaded style of the game look even more stunning. This is the best looking version of an already stunning game, even beating out my PC version.

There are a few negatives that I want to mention however and first is the cost. This game has been re-released at the full $90 mark in Australia. Now that is fine for a brand new game, but Samurai Showdown is about two years old at this point. Secondly, unlike the PC version, they haven’t included any of the DLC. You are just getting the base set of characters. If you want the (admittedly many) extra fighters you will need to buy the two character packs at $30 each. I feel like at this point in the game’s life span, the publishers would have been better off including the DLC and releasing it as an “ultimate” edition. It would certainly make for an easier sell, especially to returning players from other systems.

The other main problem I have with the game is that it is really a barebones experience. You have the stock standard modes found in every fighting game since Street Fighter 2 hit the Super Nintendo. There is an arcade (story) mode and multiplayer mode. The one new addition is a fun little diversion where you take on the AI re-recreated ghosts of other players, but apart from that, there is not much else to keep you coming back. We have been spoiled by Netherealm’s fighters and the sheer amount of things that players can do in their games, so going back to the basics can be a bit rough.

All that being said, I love the game itself. It stands on its own in a genre that is often starved of ideas. Its unique identity makes playing Samurai Showdown a breath of fresh air and it should be celebrated because of that. Sure things are a little light on in the content department, but at the end of the day, it offers the best weapon based one-on-one fighting that money can buy and that is something you can hang your blood-soaked blade on. Perhaps just wait for a sale to ensure you can get your money’s worth.

Samurai Showdown was reviewed on the Xbox Series X with code kindly supplied by the publisher.