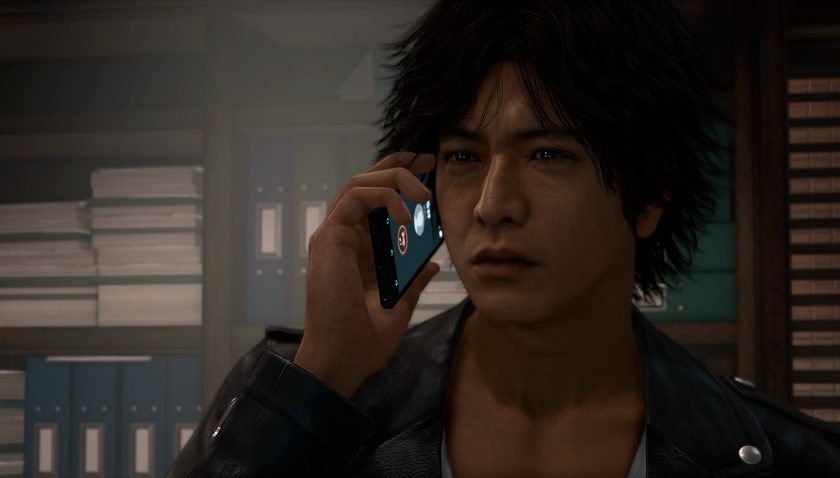 Yakuza. It is a name that is held dearly by many video game fans around the world. Treasured for their crime soap opera stories, crazy mini-games, and engaging action gameplay, the franchise has been going from strength to strength in recent times. It has finally been getting the attention it deserves in western markets and thanks to being a recent addition to Game Pass, many who have been too afraid to dip their toes in this series have taken the plunge and fallen in love. So where does that leave Judgment, a game that is, for the most part, faithful to the franchise it has spun off from, but at the same time trying to forge its own path?

Judgment is in a lot of ways not too different to Yakuza 6 or 0. It is set in the red light district of Kamarucho, there are random encounters with both strange side-quest givers and goons looking to take you out and there is a strong focus on pulpy crime storytelling. This means fans of the Yakuza franchise are going to fit right in. However, beneath the initial impressions, things start to diverge in quite the dramatic way, meaning that while you can’t hide the DNA Judgment comes from, there is no denying that it is standing on its own two feet and creating something quite unique in the process, a truly compelling detective game.

The story starts with a brief exposition on the main character Yagami. We learn that the now private detective was once a successful lawyer, but when he gets a client off a murder charge, only for that very client to then murder again, he gives up on law, choosing to put his skills into detective work. From here things twist and turn through a serial killer investigation, corrupt cops, suss investments and strange coincidence. Revealing more would be destroying the pure joy of this game. It is a tale that is told with such confidence and conviction that the developers know that no matter how much they dip into the weird and wacky, you the player will stay with them for the ride. This is a story you need to set your logic and skepticism aside for, but if you can, it will take you on one hell of a journey.

Yagami, while not as immediately likable as the likes of Kiryu Kazama or Goro Majima, grows in his appeal as the game moves on. Getting to know him is a joy and by the end, I was firmly rooting for his success and survival. This slow-burn appeal is present elsewhere in the game, with the action taking quite a while to warm up. The first three or so chapters are little more than background exposition and teaching players how the game works. Once through these initial hours though, things heat up rapidly and the whole thing becomes an addictive detective novel that the player gets the chance to act out.

The main gameplay differences between the Yakuza franchise and Judgment are based on the fact that Yagami is a detective and needs to keep his business going. Investigating crime scenes, chasing down suspects and hunting for leads make up a big part of the game. These activities are conducted using surprisingly well-put-together mini-games which are quite enjoyable and never wear out their welcome. They very much give off the vibe of a working PI and as a result really add to the experience, not something that can be said about a lot of the mini-games in the Yakuza franchise. Combat, while initially familiar, is also quite different from what the Yakuza games offer. The combat here is based around two fighting styles, one focused on crowd control and the other on individual enemies. Switching between the two effectively is essential, often meaning the difference between life and death in the tougher encounters. The fighting system also relies on the environment a lot more, with Yagami able to use walls as a leaping point, sending him hurtling at enemies for high damage. This all adds up to a combat system that is addictive and fun to use.

In this next-gen version, perhaps the biggest difference is the improved framerate. 60FPS is a nice way to experience this world and everything feels just that bit smoother, especially traversing the city at speed. There is also a noticeable increase in detail, especially in the main character’s faces. It isn’t quite as good-looking as Yakuza: Like a Dragon, but it isn’t far off. Not bad for a game that is a number of years old now. The other major improvement is load times. As is to be expected, they are much snappier, putting those new SSD drives to good use. All that being said, there isn’t really any reason for people that played Judgment on PS4 to upgrade. There is no new content to experience, it is just the same (very good) game with visual tweaks and improved loading, so don’t feel like you are missing out if you can’t get your hands on this version.

Judgment is, in my mind at least, right up there with the best of what the Yakuza franchise offers and that is saying a lot. While on the surface it may seem like just another Yakuza title, it does more than enough to stand on its own. Now that Yakuza has moved into turn-based territory, Judgement’s individuality is even more pronounced. If you are after a tight piece of noir high-drama, some fascinating detective work and a good bit of fisticuffs, then you won’t be disappointed in Judgment at all. It is the perfect spot for people to dive in and get a feel for the Yakuza games without having to understand 7 games worth of backstory and it offers Yakuza veterans enough new features for it to be enjoyed on its own merits. With strong whispers of a sequel announcement just around the corner, now is the perfect time to experience Yagami’s first adventure, I promise you won’t regret it.