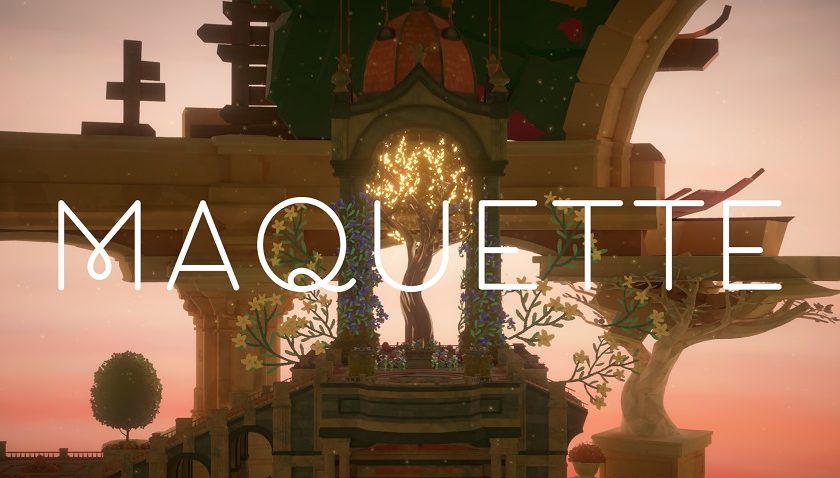 Maquette – When A Molehill Becomes A Mountain

When trying to hold Maquette up in comparison with games such as Portal and Superliminal, you’ll probably find it comes up a bit short. Think of Maquette instead along the lines of What Remains of Edith Finch and Gone Home, however, and you might end up with more well-adjusted expectations.

Maquette is less a first-person puzzle game and more a first-person story game with some mechanical gating based around lock-and-key puzzles. Quite literally, in several cases. Maquette isn’t a game necessarily about the mechanics of traversing large and small environments – it instead uses these to tell a story of love, loss and heartbreak.

Working your way through Maquette’s story is a very guided experience. There isn’t really much room for experimentation in puzzle solving, no creative solutions to world traversal or progression. Maquette is broken up into rigid chapters, with specific puzzles built around a designed solution, and making your way through from beginning to end is predicated on performing the necessary actions.

All things told it’s… not overly compelling, most of the time. I’m not necessarily one to argue that a game needs to be mechanically novel to be interesting – I’ve argued against that notion several times in the last few months alone – but getting caught in the friction of an unsolved puzzle in Maquette breaks the magic somewhat. It’s a tough act to balance in any game, let alone one as focused as this. Don’t feel bad about looking up a solution or two – it certainly helped smooth out the rough edges during my four or so hours.

I will say, while the back half of Maquette doesn’t get that much more mechanically complex, it feels like the game hits more of a stride, offering up the odd stunning vista. That, along with the highlights of Michael and Kenzie’s relationship told primarily through voice and floating text, built up enough curiosity to need to see how things were going to wrap up.

Whenever hearing about games that friends fell into around a breakup, similar tropes tend to pop up. Repetitive and grind based, with the story playing second fiddle to the mechanical flow of going through the motions, allowing the mind to process trauma in the background. Maquette declares itself to be the opposite – one about sifting through the wreckage of things gone wrong, an attempt to find understanding and peace at the end of the road.

Michael and Kenzie’s relationship, condensed into this collection of chapters, hits all the strides of your typical rom-com or drama film. It’s nothing unexpected, though its familiarity highlights how strong the performance of its two leads actors is.

Maquette errs more toward being a controller driven Marriage Story rather than an emotionally charged Portal. It is difficult to relate to such media properties when they aren’t necessarily front and centre in your life. Yet just like how every song that comes on the radio is about you and your recent ex, here you may just find the perfect analogy to how it all fell apart.

Maquette bills itself as a “recursive puzzle game” on account of its mechanical in-folding, but its foundational meaning is somewhat more nuanced. The world itself is at once tiny at its centre, able to be gazed upon in its entirety at a single glance, while simultaneously stretching further than can possibly be traversed toward the outer reaches of existence.

In the same breath, the relationship between Michael and Kenzie is all-encompassing in its essence, both for the story and for the narrator; yet the weaving of this tale is told in a matter of minutes through the lens of reminiscing over an old scrapbook. Time itself is condensed and elongated in equal measure, memory blurring the boundaries between past and present.

It doesn’t always work as cleanly you would hope. The metaphorical layers are itself one thing, while the practice of playing the game, along with the disjointed feeling of the camera being pulled from you consistently throughout, can be somewhat jarring. But at the same time, when it does work, there is beauty to be found in the symbolism.

It’s easy to see how Maquette fits into Annapurna Interactive’s wheelhouse. It’s a game about emotion with a thematic tie in through its gameplay – something AI have quite the eye for. Maquette may not be as highly lauded as their astonishingly consistent portfolio, but it doesn’t really need to be. It might not be a game that lands for everyone, but if you’ve been emotionally stung by a painful relationship or are going through a breakup, Maquette might just be the salve to ease the pain.