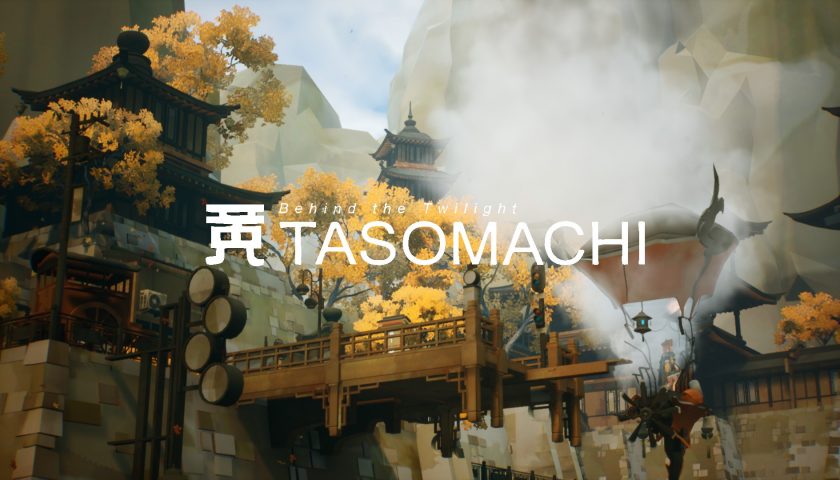 Tasomachi: Behind the Twilight – Pretty Hollow

Crash landing on a far eastern-inspired town in Tasomachi, protagonist Yukumo finds little but fog, blockades and other impediments at every turn. A strange cat-like creature halts Yukumo, requesting aid in dispelling the fog – a process that will surely help repair their airship, allowing Yukumo to continue on their journey. Well, that’s the idea, at least.

Tasomachi is billed as a relaxing platforming adventure focused on wandering around a gorgeous village and collecting resources in order to fix your airship. The gorgeous part Tasomachi has down pat, but the execution on the actual playing part? Not so much.

In GMTK’s video The Secrets of Celeste, creator Mark Brown digs into the minutiae of what makes Celeste such a joy to play, breaking the game down to its core elements with developers Noel Berry and Maddy Thorson. Pinpointing specifics in the frame by frame animation and timing, Celeste turns out to actually be an incredibly forgiving platformer in most ways – contrary to its reputation of being quite difficult.

A lot of tiny tweaks to protagonist Madeline’s movement – and how that is translated to the player efficiently and intuitively – is key to what makes every interaction with the character avatar feel responsive. It’s a lot of small tweaks that add up to a mechanically satisfying experience. Madeline can technically be several frames off the side of a platform but still make the intended jump. When Madeline dashes, a small white line and the colour change of her hair indicates the direction and confirmation of that button press. If Madeline hits the corner of a platform, the momentum pushes her around and up onto it, rather than knocking her down.

One particular quote from Noel and Maddy stands out: “When someone’s just sitting there with a controller and the room could be empty, but they can move their character around and have that feel good?.. Just make sure it’s fun to be that character.”

Tasomachi is a game built first and foremost by artists, touting resumes pulled from the likes of Zelda: BOTW and Final Fantasy XIV. There is no doubt this game is beautiful, with an inspired setting popping with colour and style. Screenshots and gifs will draw eyes in ways the abstraction of putting hand to controller simply can not without physical interaction.

The downside to this is a main character that at best feels fine to control, and at worst, downright frustrating. Jumps are imprecise; movement is finely animated, but lacking intuitive physicality. Ability upgrades exacerbate the problem even further. Double jumps, dashes and ground pounds have been common staples amongst platformers for decades, so come with a set of expectations – the first time performing one of these after gaining the ability feels underwhelming and disappointing.

Every enhancement provided by advancing through Tasomachi’s platforming challenges are not only confusingly implemented – the second jump is mapped to a different button, for example – they also feel like only partial steps forward. Where the expectation of a double jump would be the ability to gain twice the height, Yukumo simply stalls their fall by the reset of gravity, gaining only a nominal amount of height. Rather than expanding the possibility space for movement, they simply compound on the frustration.

The result is a game built to be a world first, and a vehicle for play second. The capabilities of the character feel built around the world already created, rather than the spaces built around the capacity for movement available to the player. As a result, fun plays a backseat to the relief of a collectable being easy to get – or worse, a “challenge” being finally over.

Super Mario Odyssey, while a much-lauded and incredible platformer, caught some flack for having hundreds upon hundreds of moons to collect. As the currency for forward progression through each level, the argument was it cheapened the feeling of obtaining moons through more traditional and more difficult means when you could simply ground pound certain mounds to achieve the same reward.

Tasomachi follows a similar path, with a minimum of 150 lanterns needing to be collected over five or so hours, ranging from not-so-subtle glows inside a bush to a reward for difficult platforming sequences, where one wrong move sends you back to the beginning.

Odyssey managed to mitigate the feeling of shallow rewards by providing joy in moment to moment movement – the reward was less the thing you got, but the joy you felt in successfully performing the function. As a result, the odyssey across the globe felt more like an adventure, creating excitement at what you might see or do next. Without that primary function of joy, collectables in Tasomachi feel like a chore to seek out, and groan-inducing when you don’t have enough to progress.

The justification for your need to collect these is simply to have the ability to leave. The cat people on the island know this, and entice you bit by bit to fix their problems with the promise of release. You’ll only need to find 5. No, wait, 10. 30. Ok, once you have 90, your ship will be fixed and you’ll be allowed to leave. But wait… while you’re here, how about you find 150, so then you can properly deal with the fog problem we have?

When making this collection such a hassle, every step taken toward being free of the clutches of this town feels like a rug being pulled out from under you. It’s like the feeling of being asked to do a small five-minute favour, only to find an entire week of your life has just disappeared fixing up someone else’s problems.

What I hoped from Tasomachi was a beautiful, third-person A Short Hike. What Tasomachi is is instead more in line with a PS2 licensed platformer. A pretty world is a great draw – but when the substance comes up lacking, beauty will only ever be skin deep.

Tasomachi was reviewed on PC with code kindly supplied by the publisher.