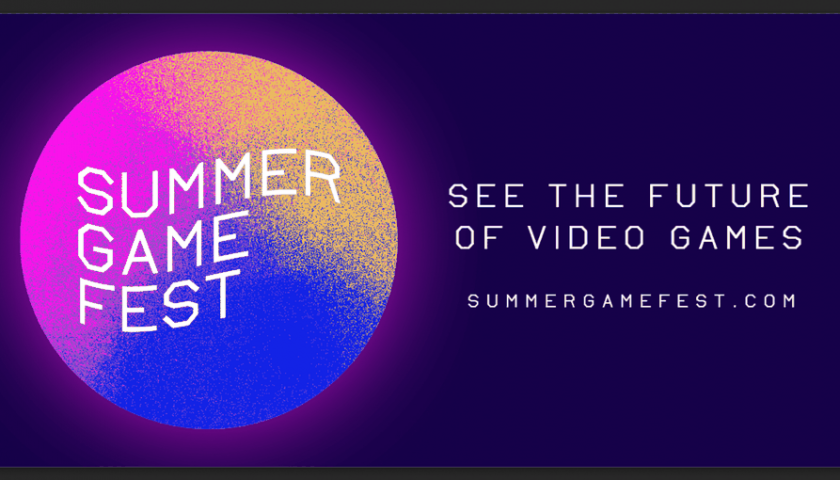 Is it really a big gaming conference without Paul and Matt chiming in on every trailer shown with their own excitement, disappointments and scepticism? Well, yes it is, but it wouldn’t be as much fun now would it. Join the pair as they go down the long list of trailers on show at Geoff Keighley’s second biggest night of the year.

Matt: Fantasy Borderlands… that’s the schtick. Honestly, I have heard worse ideas and as long as Gearbox can deliver on a great story this time around and get the best out of the cracking cast they have assembled then consider me all in.

Paul: I mean, we’d heard this was coming, I didn’t have it pegged for Kick-Off Live, but we knew thanks to leaks that a Tiny Tina game was on the way. I hope it works. Borderlands 3, for as much as I had fun with it, didn’t hit as hard as predecessors. The humour fell flat, and I hope they can turn that around here, but also for an inevitable Borderlands 4. This is Gearbox’s chance to prove they’re back on track.

Matt: This seems like it was made for me. I spent many a 20c piece on Metal Slug back in the day and let’s just say my obsession with Xcom knows no bounds. Combine the two and you get Metal Slug Tactics. Should be a cracking little title as long as they can get the tactical balance right.

Paul: I’ve been dying for more Tactics games like this, and while I’m no Metal Slug guy (I’ve just had very little exposure over the journey), I’m definitely into what I saw. Give me more!

Matt: Still haven’t played Death Stranding, even though I have it sitting there ready to go. There is just something about it that makes me hesitant. Still, I am glad it is a game that exists and there is a spot in gaming’s AAA arena for art projects from auteur’s like Kojima.

Paul: Like you, I’ve still not played Death Stranding, and like you, I’ve had it installed and ready to go numerous times but I’ve not pulled the trigger. This gives me the perfect excuse to do that, so consider me interested. The Metal Gear teasing was awesome! Perfect delivery.

Matt: Frontier make great Sim management games and Jurassic World Evolution was no exception. It did however have a few things that held it back from the level of say Planet Coaster or Planet Zoo. It got stale much quicker than those two cracking titles so hopefully, this can be addressed in the second attempt from the team.

Paul: I’ve heard some great things about the last Evolution game, so while it doesn’t shoot to the top of my most anticipated list, it’s certainly up there thanks to the success of the last title and the way this one was pitched. I dig it.

Matt: A stunning ARPG MMO along the lines of Path of Exile, Lost Ark has been out in Korea for a while now and is finally getting a western release. It is honestly jaw-droppingly good looking for this genre and I am keen to check it out when it gets to Aussie shores.

Paul: Never heard of it, but I certainly liked what I saw. My current life circumstances don’t really allow me to dive deep into an MMO but I’d consider this one, tonally, it speaks to me.

Matt: I honestly don’t know what to make of this one. On one hand, it is wonderful that something this creative is getting a push from Sony, but on the other hand, I worry that it is trying to be too many things at once. Part De Blob, part 2D Zelda, part puzzle game. It could be doing too much to really hit home. I hope I am wrong though.

Paul: I’ve tracked Chicory for a while, and loved the hands-on experiences I’ve had in the past. How it all comes together remains to be seen, but the game is out today, so I guess I’ll soon have an answer. To be honest, the highlight for me was seeing Shuhei Yoshida on screen again!

Matt: The more I see this one, the more Gravity Rush vibes I am getting, which is a great thing. Annapurna rarely releases a dud so this is likely to be a cracking title upon release.

Paul: Gravity Rush is a great comparison, but it’s also got a hell of a lot in common with the 2020 release of The Pathless. I love both titles and am a big fan of their last work – Hyper Light Drifter. The release of Solar Ash cannot come soon enough

Matt: Two-Point Hospital as a University sim. What more do you need to know? This is a day one purchase for me as I have no doubt at all that it is going to be absolutely fantastic.

Paul: We obviously knew this was coming thanks to leaks, but it didn’t make it any less impressive. I didn’t spend nearly enough time with Two Point Hospital, but I enjoyed what I did play, and with this coming, I can atone for past mistakes. Let me at it

Matt: Look, I am not sold on this one. We have Back 4 Blood and a new Aliens game both in this genre coming soon so any 4-player co-op shooter looking to compete is going to have to do something really different. This doesn’t look like that will be the case.

Paul: Yeah this didn’t work for me either. It looks like it’s going for an edgier Back 4 Blood but with weird, alien, mutant things. I think I’ll save myself for Back 4 Blood, to be honest.

Matt: I love the setting of Vampire: The Masquerade, however, I am not sure I love it enough to dive into a Vampire battle royale. Hopefully, there are some co-op or PVE modes for those of us not looking for the next Fortnite or War Zone.

Paul: Not a Vampire: The Masquerade fan and I’m not a Battle Royale fan either – so this one is a pass from me. I hope it’s successful though!

Matt: I saw a good chunk of this game at a presentation earlier this month and it is the first game from the Dark Pictures Anthology that really has my interest. The horror Indiana Jones vibe is really clicking with me and I look forward to playing this with my wife and teenage son.

Paul: Yeah, this felt a lot like that footage from the recent showcase. Some of the new changes are great to see, but at this point, I’ll just wait and see how it goes.

Matt: I have only really dabbled in Tales games in the past and I can’t see that changing here. I am just not a big enough JRPG fan. There is no doubt though that this looks like it will hit the spot for those that are though.

Paul: Give me more Tales ASAP please! I’ve been long sold on this new entry, and it’s nice to have new footage coming thick and thin. The new visual style is taking some adjusting to. It doesn’t look bad, just different, and I’m presently struggling to get my head around it. The gameplay though is looking sweeeet!

Matt: This one is giving off serious Limbo vibes in all the right ways. That slower, slightly creepy platformer is something that we don’t see enough of in my opinion. Couple that with the stunning art style and this could be a big winner.

Paul: Combine those Limbo vibes with a gorgeous visual style, and a hint of Ori (emotionally) and we’re looking at a potential gem here! I feel like 2022 is a great time for it, but, like many other indie darlings that Xbox have promoted in the past, the game probably won’t hit when it’s intended

Matt: Having played this game already during a press event I can confirm it is going to be a blast with mates. Also just watch this trailer instead of the one from last night. It is narrated by one half of New Zealand’s fourth-best parody band, which is fantastic.

Paul: It’s looking great, and my lack of experience with the franchise is no deterrent, I’m keen to get on this one, and the way it was presented here was pretty cool too!

Matt: I just can’t keep up with Monster Hunter anymore, didn’t we just get a new one? Can anyone tell me what the hell is going on here?

Paul: Spin-off Matt, spin-off. The initial Stories title was a 3DS spin-off that didn’t get the attention it deserved, simply due the lack of profile that the franchise had at the time. That’s all changed these days thanks to Monster Hunter World and Rise, so expect Stories 2 to thrive this time around. It’s less than a month away and I’m extremely excited!

Matt: Another rogue-like, but it is at least an intriguing one. There seem to be elements of tower defence in there as well. I will probably play it because I seem to play every rogue-like ever.

Paul: We discussed this one last year following The Game Awards and I thought it looked cool, so it was nice to see more of it again, especially with a bit of deep dive here. I’m keen to see more when the time comes along, but until then, I’m feeling satiated.

Matt: Am I happy that Ash Williams is back? Of course. Am I slightly disappointed that it is for a multiplayer title? Sadly yes. I would love a proper, single-player, Evil Dead game but this will have to do for now.

Paul: Not an Evil Dead guy, so this did absolutely nothing for me. Moving right along

Matt: Wow… to a Souls outsider like myself, that sure does look like more Souls. Not my bag but I am happy that fans can finally get on the hype train for it.

Paul: I adored Geoff’s enthusiasm for the game despite not being a Souls-sucker myself. I must say it looks amazing though, and who knows, depending on the info we get for it in the lead-up, maybe I’ll look to dip my toes in and what will be, will be.