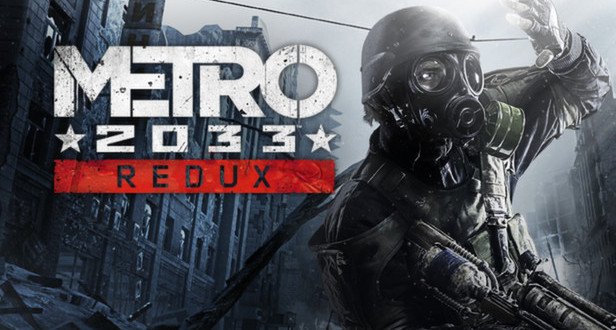 As far as game worlds go few are bleaker than the Metro series. Based on the novels by Dmitry Glukhovsky and set in the Russian subways and sewers in a post-apocalyptic world, Metro 2033 tells the tale of Artyom a young man who has grown up in these increasingly hostile surrounds. Artyom is tasked with a simple courier mission that rapidly goes pear shaped forcing him to explore some of the darkest parts in this already bleak environment.

For those that don’t know Metro 2033 is a FPS but it also has strong trappings of horror. The game sets a tense mood with low ammo supplies, hostile environments and some truly hair raising enemies. Metro also used some unique gameplay mechanics to further increase the tension. The act of having to wipe mud from Artyom’s gas mask or having to scavenge for more air filters all further the feeling that the people in the game are not living but simply surviving, waiting for death to come calling and take them all.

Perhaps the game’s grandest achievement is the world creation. This world, despite the setting, feels real. Its inhabitants all give the impression of fully realized characters in a complex and scary society. The writing and voice acting only adds to this with both being excellent. Another step to creating the feeling of a real location is the inclusion of political parties within the tunnels. The socialists, communists, free peoples and even Nazis all have competing ideals that create a volatile situation that threatens to destroy what is left of humanity.

When it was originally released Metro 2033 was quite a buggy and glitchy game which took away from the excellent gameplay. Thankfully with the recently released Redux edition the game has finally reached its potential. The Redux edition not only fixes the bugs but significantly improves the graphics and adds more options for players to customize their experience. This is a HD edition that is worthy of release and not a simple cash grab by developers. It was clear that the developers saw the Redux release as a chance to show the world what they originally intended but were unable due to deadlines and budgets.

Metro 2033 was followed by an excellent sequel Metro: Last Light (also available as a Redux version) that continues to follow Artyom and his quest to understand some of the more supernatural elements of a radiation torn Russia. It is a worthy follow up but the story will be confusing for players that missed 2033.

It is a bold claim but the Metro series has quite possibly the most fully realized world in first person gaming. To go along with that the excellent mechanics, bleak yet mesmerizing story and tense combat all combine to create a must play experience. This is a series that deserves much more attention than it received and with the Redux versions available at a good price on PC, Xbox One and PS4 there is no excuse to miss out on this excellent game. It might be bleak dark and depressing but a first person shooter has never been so emotionally compelling. A must buy.