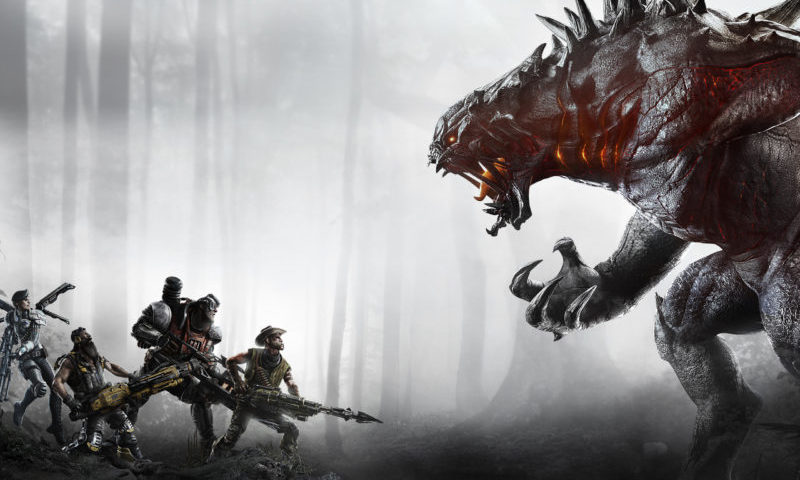 Gamers are a horribly entitled bunch. Obviously, not everyone is but as a collective it borders on pathetic at times. The latest example of this is the re-release of Evolve as a (currently) free game. Evolve is a great game, especially with friends, but what held it back initially was the downright terrible DLC options that split the user base horribly. The developers have obviously recognised this and are trying to fix it with this new version. But the pure bile being spewed about this news truly astounds me. I mean the devs saw they had a problem and as a result, we all get a highly entertaining game for free yet that isn’t good enough for some. I honestly can’t understand how this is a bad thing in any way, shape or form.

Another example I saw today followed the announcement that the next free game from Ubisoft would be the stealth classic Splinter Cell. To get the game all you need to have is a UPlay account and a PC. Sadly this has only attracted hatred.  None of the comments I have seen are “Yay a free game.” They are all variations on “the game is too old, why isn’t it a new game” or “EA gives better games for free” or even “UPlay is shit.” No one seems to see the reality of the situation which is YOU ARE GETTING A GAME FOR FREE. Literally, the only cost is the hit to your monthly download limit. Ubisoft didn’t have to give a free game away. They could have gone about their business and no one would have complained. But for doing something that reasonable humans would consider a nice act they have opened themselves up to an insane amount of criticism from entitled gamers that demand more for less at every opportunity. Just think on that for a second, isn’t it just ridiculous?

So I am going to take this opportunity to say thanks Ubisoft. I think it is rad that I got Prince of Persia for free and soon I will also have Splinter Cell for no cost. This is awfully decent of you. As for Turtle Rock Studios and 2K Games, I think you botched Evolve initially but you have clearly learned the error of your ways and are trying to make amends. It is awesome that more people are going to get to play your great game now that you have done away with an anti-consumer practice and put it out at no cost. My thanks go out to both groups and all of the publishers and devs who take part in little acts of generosity such as these. As far as I am concerned getting a free game is something to be celebrated not something to be scorned.

A return to the west.

Who is excited to play Red Dead again now that it is backwards compatible? I know I sure as hell am. If it wasn’t for the fact I have been roped into helping my parents build a deck I would be playing it all weekend. The great news is that Undead Nightmare also works and I missed that the first time around so I am super excited to try something new in the RDR world. All this excitement over an old game just goes to show that working out a solution for backwards compatibility was the right thing for Microsoft to do and wonderful for gamers everywhere. The feature might get forgotten or looked over at times thanks to the latest and greatest but I am pretty sure it is appreciated by many many Xbox Gamers. Now if only Rockstar would get around to announcing Red Dead 2……

Getting VR over the line

I am not 100% sold on VR yet…. But boy I am close. After a strong showing of VR titles during E3, my desire for a fancy new headset has increased immeasurably. Funnily enough, the one I am most interested in (and most likely to buy) is the technically inferior model, which is very unlike my usual purchasing patterns. The Playstation VR, to me at least, looks to be the more consumer-friendly model of VR headset and it also looks to be the model that will have the most support from developers. It might not have the technical prowess of the Rift or the Vive but it looks to have the most games and that is what will get me over the line. In fact, I am probably one big game announcement from wandering down to EB or JB and slapping down a pre-order, something I never thought would happen at the start of the year.

In case you missed it Player 2 announced the Marathon for Starlight which will happen on the 10th of September. I will be joined by various other Player 2 writers as well as friends and family as we play games, take challenges and make ourselves look stupid for 24 hours to raise money for the Starlight Foundation. Helping with charities is something that has always been important to me. I am very lucky in life, I have a great healthy family, my mental health is pretty darn good and I haven’t had any major tragedies to contend with. So I have always enjoyed using this very privileged position I am in to help others and that is the aim of the Marathon for Starlight. I am super excited and can’t wait for the event. Please keep an eye on Player 2 for more details and while you are at it register your interest at the Facebook Event Page.