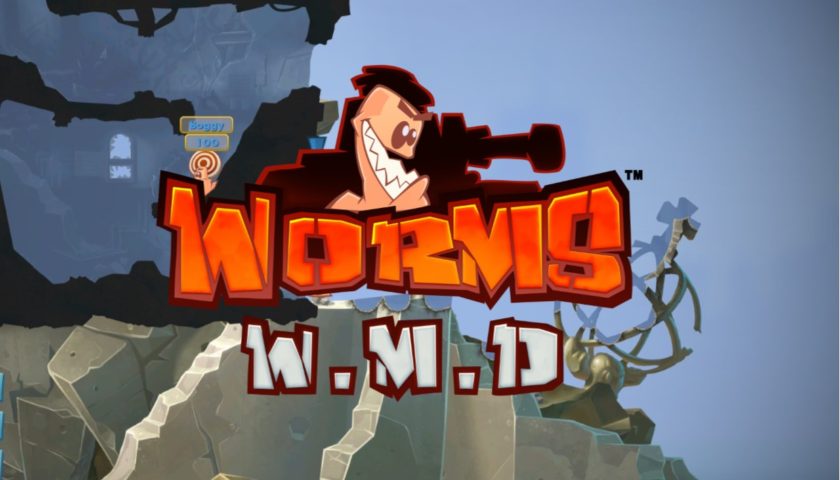 As far as long running franchises go there haven’t been many that have run longer than Worms. These little invertebrates of destruction are so old that the original game was released on both PC and the Amiga. Since that game, there have been numerous entries in the series, including a couple of failed 3D entries, that have built on the same core concept. That concept, two teams of worms attempting to take each other down using a vast array of wacky weaponry, has proven timeless and the latest entry, Worms W.M.D, just cements that fact.

I am not going to waste your time by going into detail about how Worms works. I just want to concentrate on what is new in the latest version. The preview code I was given gave me access to 6 single player missions, some tutorials and hot seat multiplayer. There was no online multiplayer available but it will be in the game when it releases.

The first thing I noticed was how good the game looked. Since Worms Armageddon, the Worms games have essentially looked exactly the same, just at a higher resolution. Thankfully Worms W.M.D marks a massive improvement in both level detail and all around graphical prowess. Simply put this game is a huge graphical leap from previous games in the series and it is a very welcome one. It also manages to look different from the previous titles yet carries a feeling of familiarity at the same time, not something I imagine was easy to achieve.

The next new addition to the series is mounted weapons and tanks.  I could make my combatants take a seat in various mounted guns littered around the map. These weapons included mortars, sniper rifles and cluster bombs. They do huge damage but can be destroyed so I found the biggest decision to make was whether to leave it alone and potentially let my enemies get access to a possible match-winning tool or destroy it and trust in my existing skills and weaponry. Tanks also make a welcome addition to the chaos. Tanks are excellent at causing massive damage to the scenery, making new paths to enemies and destroying enemy cover. But I found them a very easy target to hit, being so big compared to a standard Worm, so I made short work of them when I had access to some powerful weaponry like a Holy Hand Grenade or a mounted cluster bomb. Once again a game of risk and reward is involved in the use of a Tank.

The final new system that I came across was crafting. That’s right I said crafting. During the game, I could take weapons and gadgets I had collected and break them down to create new and better versions. For example, I could create cluster grenades as an upgrade to a standard grenade. What is even better is that I could do this while my enemies were taking their turn so not only was I improving my arsenal but I was using dead time wisely. I couldn’t play with this as much as I would like with the demo build I had access too but it has certainly piked my interest and it could be an excellent addition to the Worms formula.

I have always enjoyed Worms games but I haven’t been excited for one in quite a while. I think however that my time with Worms W.M.D has changed that. The new additions are all excellent and the fresh coat of paint has been a long time coming. Barring a disaster with net code, there is no doubt that this will be the best Worms game yet and will be a feature at video game multiplayer sessions all around the world. War never changes, but thankfully Worms finally has.