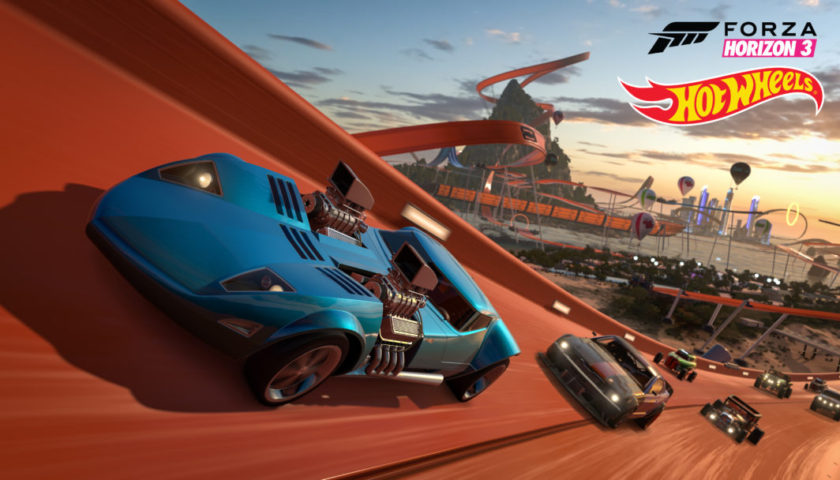 – Today’s insane-yet-amazing news is that Hot Wheels and Forza are combining in what must be the craziest idea to ever grace the Xbox. Forza Horizon 3 will be getting the Hot Wheels DLC on May 9 which will include classic Hot Wheels cars, crazy tracks and even mechanical dinosaurs. Honestly, how good does this sound? The DLC is included in the Horizon 3 Season Pass or available as a standalone purchase. This could be the STUNTS substitute we have been looking for.

– In more DLC news, Aussie developed virtual board game Armello has received a new batch of content today. Titled the Bandit Clan, this is the biggest update for Armello yet. It includes four new heroes, 50 unique quests and a host of other additions it looks to be a must-buy for fans of the game. The update is available now on PC and can be purchased for $10 USD. Check out the trailer below for more information

– In case you were on a tropical island with no internet access this morning, Activision has revealed the first gameplay trailer for the next entry in the long-running Call of Duty franchise. CoD: WWII is the title and as previously announced, it takes the franchise back to the era of World War 2, the era that made the series famous. The game is being released on November the 3rd and will be available in a range of collectors editions.  You can watch the announcement trailer below.

– Sonic fans should feel a little more hopeful of a return to form after Sega released new gameplay footage from Sonic Forces. This footage showcases the ever enjoyable “Green Hill Zone” in what appears to be traditional 2D Sonic fashion. With Sonic Forces and Sonic Mania both hitting this year, could it finally be time for the blue speedster to return to the top of the gaming pile? We can only hope people, we can only hope.

– Further to our story last week on the big charity stream from Sony and Twitch for Youth Cancer, Sony has today announced some pretty cool prizes for those that join in on the fun. Viewers will have a chance to win a personally recorded voicemail message by Nathan Drake himself, Nolan North and a PS4 2oth Anniversary console. There will be over 40k worth of prizes on offer during the stream so make sure you support the cause for your chance to win. The event can be watched here www.twitch.tv/6t4bites from 9am AEST on the 29th of April.