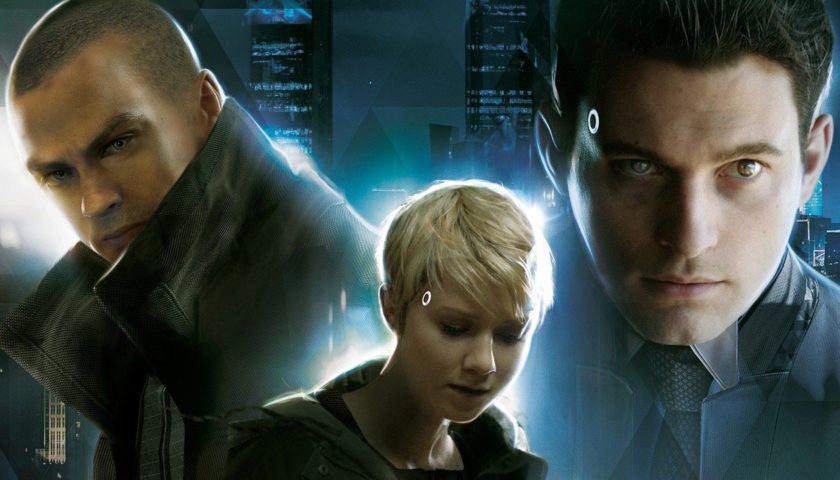 Loading up Detroit: Become Human, I knew that I was in for a game that was more a cinematic journey than what one would call a traditional game.  Unlike games in the vein of The Elder Scrolls or Fallout, where some of your choices will affect the game world to a degree, Detroit is a game where even some of the most innocuous choices could lead to game-changing ramifications further along in the story.  It is these choices, and the events that unfold as a direct or indirect consequence of them, that elevates Detroit from being just a game you play, into an experience that you immerse yourself in.  While many people will immerse themselves in a game and get lost in the gameplay or the narrative journey, this was something different.

Playing Detroit, I got to experience something that I have never had to face.  Something that should not exist in this world and yet still does to this day.  I am a straight, white, male and have never had to face the persecution that many in this world suffer on a frequent, and sometimes daily, basis.  Here I was, for the first time in my life experiencing the feelings that come with being hated, abused and despised just for who I was.  My true Detroit Experience was guiding Kara, Markus, and Conner through their individual journeys and experiencing the world as it sees them.  Not human.  Not worthy.  Just a machine.  The life I have was juxtaposed against the experiences of these three androids.  Empathy and emotion were stirred within myself, as I experienced what they, and many people throughout the world past and present, have had to suffer because of who they are.

This wasn’t an immediate reaction.  In fact, as I reached the culmination of the first scene, attempting to save a little girl from a Deviant android, the potential fate of Conner did not even factor into my thoughts.  I looked at him purely as an android, an artificial construct, a tool to get the job done, and as such I didn’t feel anything when I sacrificed Conner to save the life of a little girl.  The rational part of me says that it would be fine, Conner is a machine after all and, there would be multiple copies of him.  At this stage, I did not know that the Conner I was using now would be the same Conner I controlled in the future, with the same consciousness downloaded into a new body.

It wasn’t until the second chapter, where I started to have my eyes opened to what it was like to live in a way that I have never had to face.  Taking control of Markus for the first time I saw what it was, and let’s face it still is, like for those who are different from me.   I was branded as an evil demon by a religious zealot simply for existing.  I was blamed for the unemployment of workers who felt their jobs had been stolen, leading to a physical attack in front a police officer, whose only concern was not for my welfare, but that he would have to fine those who attacked me if I was damaged.  Finally, I was made to stand at the back of the bus because I was not worthy to be amongst the “normal” people.  In the space of ten minutes, I was exposed to the vitriol and prejudice that has been faced by the LGTBI community because of who they were born as.  I experienced the plight of immigrants who are blamed for stealing people’s jobs. And I experienced what it was like to be segregated on the basis of my race.

I felt what it was like to be a slave.  To be nothing more than someone else’s property.

As Kara I was catering to the abusive slob Todd while he drank beer and sat on the lounge, watching as he hurled abuse towards his own daughter.  Despite recognising that he was most likely to blame for the fact that Kara had needed to be repaired, I still did what he said, cleaning the house, doing the dishes and preparing a meal for him and Alice.  It was what I was there to do and I did it without a second thought about it despite the comments that I heard him make.  I could see he was quick to anger, but it was only when he threatened the safety of Alice that I became determined to act to protect this defenceless little girl.  This determination came about not just because that is the way that the game wants you to act, but out of my feelings as a father.  It is human nature to react this way, and that is what Detroit wants to convey about the androids in its world, that they too, despite their origins, are just as human as we are.  That they have evolved beyond their origins into something new.

On the opposite end of the spectrum is the relationship between Markus and Carl.  It is obvious that Carl is very sick and relies on Markus for his care, but he is actually concerned with how Markus feels and the thoughts in his head.   Carl treats Markus in a fatherly fashion, concerned with what happened when Markus was accosted in the street, and trying to get him to explore his own thoughts and feelings in relation to art.  However, despite the feelings Carl has for Markus, at the end of the day he still issues an order to Markus, one that the consequences of which will have lasting ramifications later in the game.  It is in this moment, where Carl issues this direct order, that it becomes clear that despite caring for Markus and seeing him as a surrogate son, Carl still thinks of him as a machine, and that his commands are to be followed.

The stark differences between the two households and the way the androids are treated give way to the one commonality between the androids.  Despite how they are treated by their owners they are still slaves.  Despite the obvious emotional attachment that Carl feels for Markus, Markus is still a slave.  His life may be easier and he may be treated better by his owner than Kara has, but his standing is no different to hers.

I will not say that my time with Detroit gives me a complete understanding of what it is like to be a person who has had to deal with these issues for their entire lives, that’s just crazy.  Because of who I am I will never truly know what it is like to have to deal with these persecutions.  However, the empathy and emotion that was stirred within me while I was playing the game still persist weeks after I finished the game. It allowed me to look through the window and see what it was like on the other side, if only for the time it took to play a video game. It is these emotions which prompted me to write this article, not exactly knowing what I wanted to say, just that there was something that I felt needed to be said.

Despite the calls from some who think that video games should not have messages or a political overtone, the truth is that in any medium these messages do and will exist.  It might even be said that the absence of these overtones is a message in and of itself, that games are escapism from the real world.  Where a person can bury their head in the sand and not have to think about the outside world around them.  If you want a game that is void of narrative or message, go play the classics like Pac Man, Space Invaders or Pong.  In this day and age video games, much like real life, are about experiences.  Some games have us as the hero who takes down hordes of aliens, some have us micro-managing the lives of simulated denizens, wielding godlike powers that we can unleash on them at our own whims.  Detroit gave me the experience of what it is like to be treated like something less than human, and how it feels to want to be accepted.