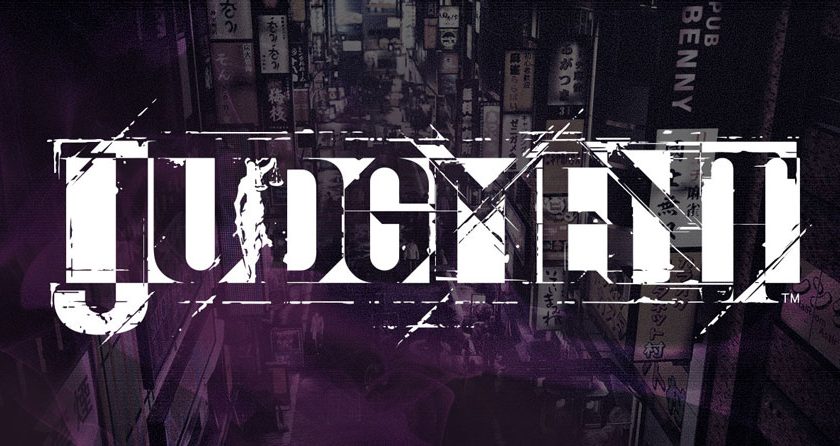 From its opening moments, Judgment is nigh impossible to discuss without reference to the Yakuza series framework it’s based upon. Both are so intertwined with Ryu Ga Gotoku Studios’ loving digital rendition of Tokyo’s Kabukichō red-light district, which is as much a character of the venerable series as Kazuma Kiryu himself. In broad terms, I would liken Judgment to a seasonal variant of a food or drink – the base flavour is there, built on by a number of changes that will surprise, please or disappoint depending on one’s individual palette.

As much as Yakuza is a series steeped in lawlessness, it often deals in shades of grey thanks to the morality of central figure Kazuma Kiryu who demonstrates honour, charity and other worthwhile traits whilst engaging in behavior that has landed him in prison previously. Judgment manages to pull the same trick with protagonist Takayuki Yagami, who has also skirted legalities many times during my first 15 hours with the game in service of the greater good and a genuine desire to seek justice for those deserving. Having resigned from his job as a lawyer in disgrace, Judgment opens with Yagami now working as a private investigator in Kamurocho trying to uncover the culprit of a series of violent murders.

The opening four to six hours of Judgment are a slow burn which work to develop the story and characters as well as highlight gameplay differences like suspect tailing and crime scene investigations for those coming over from the Yakuza series. Newer players may feel that this section is overly linear but shouldn’t be seen as an indicator of the overall structure of the game, which opens up nicely to provide the numerous friends, side activities and stories (here denoted as Side Cases) for which Yakuza is frequently praised. New activities like a VR Board Game, Pinball, Drone Races and House of the Dead knock-off Kamuro of the Dead show a more modern side of the city and highlight some of the fundamental character differences between Yagami and Kazuma, the former of which seems readier to embrace technology in his pursuit of the truth. Some minor gating of side content ensures that players will be frequently returning to the main story path which is proving to be a rollicking mystery thus far and one I can’t wait to see the conclusion of – there have already been a few surprises and I have my suspicions about some potential heel turns coming up. It’s the level of soap drama I’d expect from a Yakuza title combined with the best elements of TV procedurals that has me absolutely hooked.

Running on a refined version of Yakuza 6’s ‘Dragon Engine’, Judgment is smooth and visually appealing with a slightly cooler colour palette than its Yakuza counterparts. Part of the fun in exploring Kamurocho is seeing how the city slightly shifts between each rendition and Judgment delivers in spades, an element that is probably more impactful given my pilgrimage to its real-world basis in Kabukichō. The combat is taut and Yagami handles very differently to Yakuza 6’s Kazuma in terms of his physicality and fighting styles, with an increased focus on the use of environmental interactions and speed. I have to admit that after a short period of adjustment, I think I prefer encounters in Judgment which is some of the most fun I’ve had combat-wise in an RGG Studios game since Yakuza 0.

I’ll be putting a final thoughts piece together once I’ve rolled credits on the main story, but for those who have been on the fence I suggest diving head first into the world of Judgment, doubly so if you’ve previously enjoyed the Yakuza series.