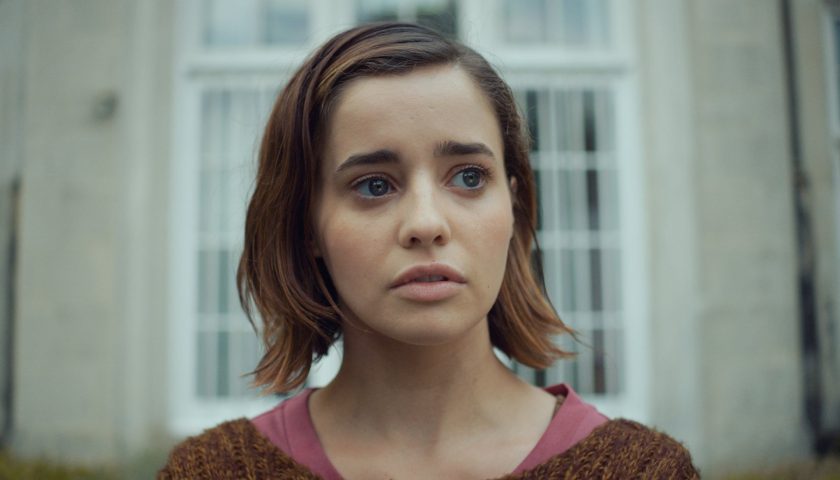 The age of the FMV video game was long thought dead, and save for a few exceptions in the form of Night Trap or Her Story, there were few reasons for gamers to be distressed by this absence. Erica was revealed on the Paris Games Week Stage in 2017 by Playstation, but many had considered the project to be dead in the following years – and very few people were clamouring over others for it. Almost as suddenly as it disappeared at PGW 2017 it re-emerged at GamesCom 2019 at the Geoff Keighley hosted Opening Night Live, and with a same-day release, a lot of buzz was generated. Thankfully, for the thousands of people who saw this announcement and decided to give the game a go, they’ve not been lead astray with the team at Flavourworks delivering an excellent, suspenseful title, that while basic, spins an engaging story with deeply engrossing choices that never ceases to excite.

Though FMV titles haven’t been prominent for years, titles from Quantic Dream (Heavy Rain, Beyond: Two Souls, Detroit: Become Human), Supermassive Games (Until Dawn, The Man of Medan), Telltale Games (The Walking Dead, The Wolf Among Us, Tales From The Borderlands) and DontNod (Life Is Strange) have helped all of us acclimatise and adjust to the style of storytelling present in Erica and it’s kin. At its core, Erica isn’t especially different from any of the aforementioned games, only it has a heightened dependence on production quality and top tier acting in order to sell its story. Though there are certainly a small handful moments of slightly jarring dialogue exchanges, the overwhelming majority of the 2-hour narrative features great acting and a well-told story.

The narrative itself revolves around a young girl named Erica, who is being taunted by a violent past, mixed with a supernatural presence that ensures that as the game hits its crescendo that you the player will be on the edge of your seat throughout. Notably, there are several different combinations and permutations of the story that can play out, as dictated by the decisions you make as you play. There are layers upon layers of (often) binary decisions, “Do I go left of right?”, “How do I respond to this person?”, that multiply to create your own Erica narrative, that will inevitably differ to a friend who plays it at the same time. The smallest decision can send your story spiralling off in a different direction, and though it’s virtually impossible to explore every branch of Erica’s twisted narrative tree, all that I encountered across several playthroughs felt significant enough to the plot to justify their existence.

Gameplay is one of those quirky topics of discussion with games such as all of those previously mentioned, but they’ve largely retained a fairly traditional control scheme across the board. When initially revealed Erica was promoted as being a part of the Playstation PlayLink initiative, one that saw controls mapped to your mobile phone’s touchscreen. The final product embraced both the PlayLink style, as well as the use of the DualShock 4, even if that is contained almost solely to the touchpad. It’s a little bit cumbersome at times, and the acts you’ll be asked to perform (such as flicking a lighter or pulling back curtains) can be a bit gimmicky, but it all functions well enough and doesn’t get too excessive.

Though not breaking ground in any particularly extravagant way, you can feel the love and care that was poured into the Erica by the team at Flavourworks and the actors that brought the world, and its characters to life. What Erica does extremely well is, show the world that games of this type can exist, and thrive in the current climate when given the right about of time and energy needed to flourish. Erica’s story is a constantly engaging one, and though the interactions with the game can feel a little forced at times, it serves as a riveting story that’s well worth your time.