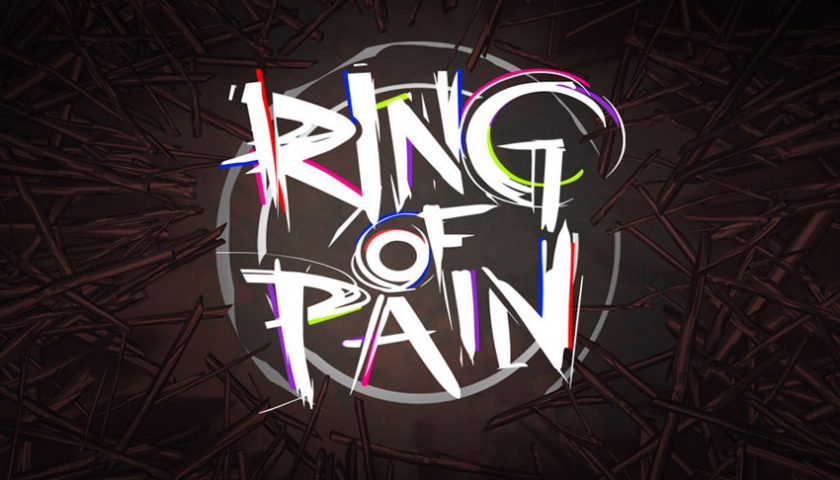 With PAX AUS nearly upon us, we’re once again greeted with the Indie Showcase, a hand selected list of games that stand out from the crowd and will be on display during the event! Once such game is Ring of Pain, a title that describes itself as card-game paced game with rouge-like flavour that embraces randomised chaos. Confused but intrigued? Yeah, we were too, so Player2 writer Adam Rorke sat down with the developer behind Ring of Pain, Simon Boxer, and asked him some questions.

Adam – First up, who can we thank for the incredible poetic introduction shown in your trailer?

Simon – The short answer is myself and James Coquillat. He’s a good guy, that James. A very skilled writer.

Originally this started as a solo project. By the time contractors were hired I’d established a lot of the creative direction, including the writing style. Then to help develop the overall narrative I recruited the aid James, who also helped write a chunk of the NPC dialogue.

For the trailer itself, I paced the visual sequence while writing a script. The writing went through a handful of iterations and was maybe about 80% complete when I handed the script to James to review. He did a final pass with some suggested changes and edits.

In this pass he contributed my favourite line: “Your final choice… Is who to trust?” That was James’ brilliant idea, which really solidified the ending.

Adam – The trailer itself is incredibly stylised and catchy! Was there anything that inspired this look and feel for the game?

Simon – So many inspirations, brewed over a lifetime. Everything I’ve made, seen and experienced informs my taste and creative direction. I’m a pretty chaotic, instinctive artist, which is a nice way of saying I usually don’t do a lot of research… Unless you count consuming media and trying new games.

Aesthetically I want this game to look like memories or a mental image that you can’t quite visualise. Raw and sketchy, details coming in and out of focus, with accents of colour. The kind of imagery I see in my “mind’s eye”.

Being the only game artist also means I don’t need to try and explain something so abstract and can just make it.

Adam – You’ve described Ring of Pain to be a card game with rouge-like flavour and random elements. Could you expand a little more for us on how a typical game would play out?

Simon – At its mechanical core, Ring of Pain’s a dungeon crawler presented with cards. Each level is an arrangement of cards, which dynamically adjusts in response to player actions.

It’s sort of like a contemporary roguelike (Binding of Isaac, Enter the Gungeon etc.) as a turn-based dungeon crawler, and set in the darkest corner of your mind. The world’s a delusion with cryptic lore for you to discover.

As you play the game, you’re forced to make choices and manage a purposefully limited inventory, which can only hold one of each item type.

You’re guided by a motherly figure that calls itself Owl and retrieves gifts and treasure for you as it directs you to your destiny, and a choice which will define you.

Adam – You’ve mentioned your game has some chaotic random elements, has it been difficult to find a happy middle ground between strategic planning and skill versus RNG?

Simon – For sure, game design is always difficult. Every aspect of a game goes through a lot of testing and iteration.

Our approach is gradually improving the weakest elements to reach an enjoyable middle ground. There are a lot of ways to mitigate RNG while still providing a strategic game underneath it.

The game does have RNG, and RNG adds variety and enjoyment as long as players’ expectations align with what’s happening in the game.

If I show you a potion that can hurt you or heal you, and broadcast “hey there’s risk here!” – if you get hurt knowing this was a possibility, it doesn’t feel unfair. If you drink 5 mystery potions in a row and get hurt by all of them, well that creates more of a feeling of unfairness, but it’s also how chance works.

The benefit of a game like this is it’s designed to be quite quick to play a single run, so you’re not losing hours of play time to a series of unlucky events. You can just retry.

Adam – During the development phase, has there been any components you wanted to run with but didn’t pan out in the final product, or has this been a relatively smooth process thus far?

Simon – There are things I’d like to add, which may yet be added, which just ended up needing too much time to refine. There’s a fine balance to strike when scoping a game’s features. There are literally infinite features which could be added to improve a game, but time is very finite.

Adam – Lastly, we realise that it’s hard to dictate when games will be officially release (currently early 2020). Is there any chance we could get an inside scoop and get a ballpark figure on when you think we’ll be seeing this tile go live?

Simon – This is very up in the air at the moment as there are a lot of moving parts! Our priority is making a great game, the hard part is all the unknown factors in game development. You might need to ask again in 2020!