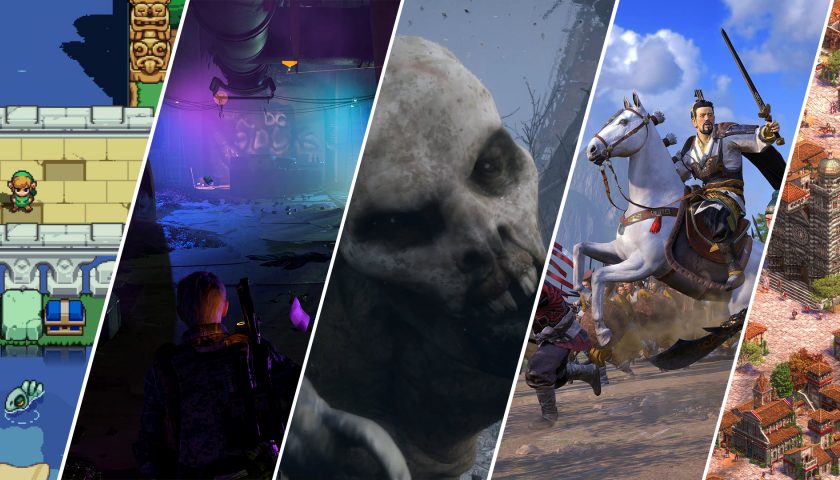 The Player 2 Fantasy Draft for 2019 has been run and won, and before we cast an eye to the 2020 edition, let’s look back upon the results from the 2019 draft. This year, we introduced a mid-year draft selection, designed to top-up contestants drafts and give everyone a chance to score with at least four titles. A fifth scoring title would contribute 10% of its total to perhaps give someone an edge in a tight contest. Now, onto the results.

Paul: At long last. It has taken 4 years since the inception of the P2 Draft that I designed but I’ve finally crushed the crew to score my maiden victory! With the huge success of Sekiro early, I was off to a great start but the DOOM Eternal delay certainly got the heart racing somewhat. Thankfully it seems everyone else faced some sort of delay as well negating the impact and regardless of the ten percent bonus from my fifth game (in this case NBA 2K20) I still won quite comfortably.

How’s the air up there you ask? Pretty damn sweet I must say!

Adam: Another year and another 2nd place. The real question, how did I think I went? Well considering some of my more ‘out there’ choices, I’m honestly surprised I came second, 2019 was a surprising year for quality of games. Some that looked like they’d do well would only half decent (good but far from great). A perfect example of this was Rage 2, a game that looked so good on paper and on previews, seemed to lack in various aspects, taking its score down into the 70’s. Hats off to Paul for taking out this years draft, they were some quality picks!

Shaun: For my first outing in the Player2 draft, I cannot complain too much. Pulling in a podium finish behind Paul and Adam feels pretty good, although I am sure I could have come out on top if only Cyberpunk had been released. I wasn’t helped with weaker than expected performances from The Church in the Darkness and Ultimate Alliance 3, but it has made me more hungry for the 2020 draft and look forward to taking the reigning champ down a few notches.

Anna: Another year, another draft, and beaten again by the other Rorke. But as much as I hate to lose, ultimately, I’m pretty happy with the result. While I was disappointed to see In the Valley of the Gods fall into the valley of development hell, the fact that this was my only game not to score moved me up the rankings. For the games that scored it was a real mixed bag.  My favorite pick for the year would have to be Astral Chain, which I was stoked to sneak in as the highest-rated of the midyear picks. As expected the Fire Emblem and Total War series continue their history of really solid and well-regarded games while unfortunately Jump Force and No More Heroes failed to live up to expectations. Last year I ended up at the back of the field after failing to get a full scorecard so to end up with a full set of scores and in 4th place feels almost like success.

Matt: It’s a tale of goddamn release dates again. I only needed Biomutant or Psychonauts 2 to release and get 60 (which you would think they would) and I am sitting in the winners chair, but both were delayed so here I am. I was really happy with my choices this year too. Oh well, I guess we have to listen to Paul gloating for a year, even though this whole competition was his idea and it took him 3 years to win it. Such is life I suppose.

Chris: I consider my 2019 fantasy draft to be a modern retelling of Icarus. I flew too close to the sun, melted my wings, and plummeted into the meat-grinder of mediocrity. That’s how the story goes, right?

Perhaps my early pick of Anthem was an indication of what was to come, as it put me behind in the stakes from the beginning. At least in the absence of The Last of Us: Part 2, my wildcard of Dragon Quest Builders 2 contributed a high score of 86. Had my bonus mid-year pick of Necrobarista not been delayed, perhaps I coulda been a contender!

Congratulations to old mate PJ for the victory. This sore loser is off to sulk in the corner…

Stephen: I’m not overly surprised about my results in this year’s draft, given that half of my selected titles didn’t show up to the party – Animal Crossing, Ori and Wasteland 3 are now all expected to launch this year. Slipping release dates seem to be occurring more regularly in the draft year over year which is a difficult thing to adjust for on Paul’s end.

Although I thought I’d made respectable selections, it seems that Yoshi and Pokémon just weren’t as well-received as I’d hoped they’d be, which may be something to watch when looking at first-party Nintendo titles going forward. While Trails of Cold Steel 3 performed admirably, these three games alone weren’t enough to secure me the highest average nor highest score, not by a long shot. I have to say however that outside of a few titles, I found 2019 to be a sparse year for must-have games and one I don’t think will be held in high regard when looked back upon.

In preparation for the 2020 draft, I need to do some serious investigation into upcoming titles – as the last year of the current generation we should see releases that take full advantage of hardware and one of my weaknesses last time was a lack of in-depth knowledge about what was coming, which no doubt saw some titles slip by me each round. Kudos to Paul for finally nabbing that win!

Glen: Ok.. So let’s be honest. I was robbed this year. Once again Final Fantasy remake has failed to be released, which is a robbery in its self, But that robbery pales in comparison to the crime committed to me by the Medievil remake. That game was pure nostalgic gold. Gold that was tarnished by the errors of the past that, for better or worse have been brought into the light of 2019. Sadly the light of 2019 is far harsher than the light of 1998 (thanks global warming) and the huge visual and audio polish just isnt enough to make up for the gameplay, that was the norm at the time.

Also Code vein. what was I thinking! I know what I was thinking, I was thinking it was the new From Software game.. because I was in a rush, but that.. that was Sekiro, Shadows die twice, which is amazing and you should all go play it. Star Wars Jedi: Fallen order should get an extra 10 points because it was able to allow our fearless leader Hewso San, the ability to appreciate why souls games hold such a great place in my heart.

Skull and bones.. well It missed the boat.