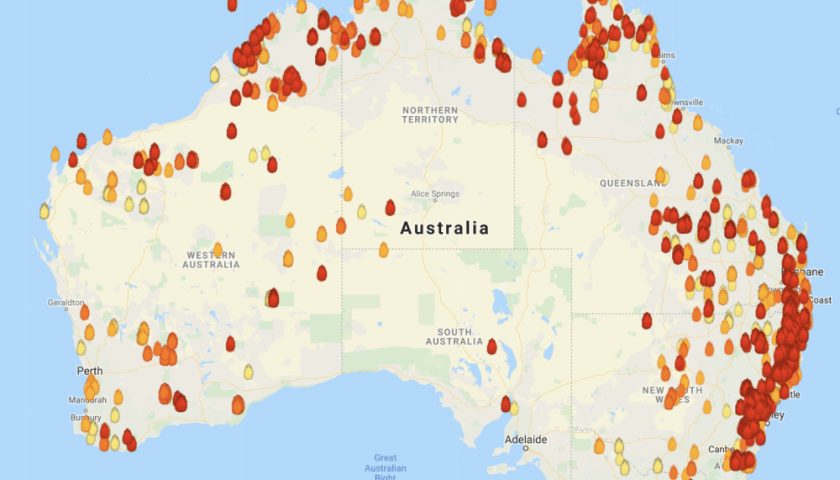 When the Worst Comes, The Best Rise

It is telling that in the last month my most used apps on my phone haven’t been Twitter, Facebook, YouTube or even WordPress. No there have been two apps that have been running non-stop since New Year’s Eve. These apps are the first thing I check when I get up and the last thing I look at before I sleep. Those apps are the NSW Fire Service’s Fires Near Me app and NSW Transport’s Live Traffic app. They have become a part of my daily (and depending on the day, hourly) routine. I think that tells you a lot about my summer so far.

You would have to have been living under the biggest rock on the farthest planet from the sun to not be aware of the bushfire situation in Australia right now. Many many lives lost, homes destroyed, vital crops wiped out and millions of animals annihilated by a seemingly endless succession of catastrophic bushfires. I am not overselling it when I call it the single greatest natural disaster to hit our country, the effects of which will be felt for years, if not decades, to come. But it has often been said that to see the best in people, it takes the worst conditions and that is exactly what is happening in the Australian and International Games Communities right now.

It is not a shock to me that these communities are chock full of great people. Despite the loud, obnoxious, bigots that seem to grab the headlines, I know that the video games community it a place of caring, sympathetic and helpful folk who rise to the occasion whenever they are required and that is exactly what is happening right now. Money is being donated, services being put up for fundraising auctions, assistance has been given and perhaps, most importantly, kindness has been shared.

They’re a bunch of wonderful headlines that have come from the community during this time of crisis. Humble Bundle and a whole host of Aussie devs raised over 1.7million dollars which will go to various charities helping those affected by the bushfires. The #GameDevsForFireies movement, which started on twitter, saw Game developers, PR companies, publishers and journos auction their services, expertise and collectable merch, raising over $17000 in the process. Major game studios like Bungie and Activision are selling t-shirts and in-game items to raise money for the cause. It has been a community effort to be proud of, a coming together of the industry that to the best of my knowledge, is unprecedented.

But that is just the monetary side of things. For those that don’t follow me on twitter, my summer has been one of near brushes with bushfires. I was stuck in Narooma with my family while bushfires ravaged nearby Cobargo, without power or mobile phone service for 3 days. Once the power came back on I waited in line at a petrol station for over an hour to get $50 worth of petrol, enough to get me to Cooma, where I hoped that I would be  able to buy more and get home. That drive home took us over 9 hours, in a convoy of scared, tired and drained people who had been displaced or were escaping to the relative safety of Canberra. When we arrived we spent two days living with the worst air quality on the planet. Fast forward two weeks, after people were finally beginning to feel safe again, 80kms per hour winds picked up, causing a dangerous fire to flare near my home town leaving me preparing for the worst. At the same time, my wife, who was driving to Narooma to pick up the kids (We dropped them at their grandparents when we were advised it was safe to come back to the coast) got caught in the chaos and ended up spending a scary night at the Moruya showgrounds evacuation centre. To say I have been living with heightened emotions for the last month or so would be an understatement. There were many people that had it far, far worse than I. During the whole time we were relatively safe when compared to some, but there is no doubt that it has all taken its emotional toll.

During that time, as I kept people up-to-date via social media of our situation, I had so many people from the games industry, both people I call friends and people I have never met before, reach out to me, offering comforting voices and emotional support when I needed it. Last night, as I sat alone in my house, waiting for news about the nearby fire, worried about my family who were in the fire zone, the only comfort I could find was from the games community on twitter. The good, caring people that reached out to me when I needed them. Now my adrenaline has come down and I have taken some time to reflect, I cannot stress how important that support was to me. In my time of worry and need, the Australian Games community held me up.

I wanted to write this piece, not for any sort of drama or self-sympathy, I wanted to write it to highlight how special, how wonderful this community we are all part of can be. It gives me great pleasure to be writing about how we, as a group of people from all walks of life, got together and helped those in need. I wanted to write this to show the world that things like harassment, trolls and abuse are not representative of who we are. No, the games community is full of caring, resourceful people willing to put their lives on hold to help others. People that are happy to lend a hand to help or a shoulder to cry on. People that, when the going gets tough, rise to the occasion. In short, the Australian and International games community has shown me that this is a community of the best people because when the worst came, they were there to shoulder the load for those that needed it the most.