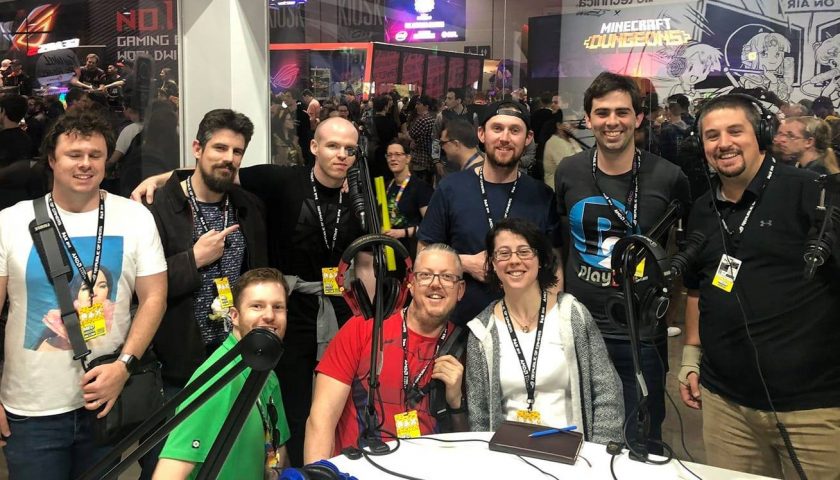 Five Years of Player 2 – The Story so Far…

It is often said that fate takes you to strange places, but I would like to also add that while the destination may be strange, it is often exactly where you need to be. This sums up my, and by extension Player 2’s, journey into the weird, wild and wonderful world of video games coverage. As is often the case with journeys such as these, there were many twists and turns along the way, but as I look back, those twists and turns are exactly what sets us apart, gives us our unique spin on something that has become increasingly tough to break into and be successful at.

So how did it all start? Well for the answer to that question we need to go back to early January 2015. At that time, I was just another games writer, throwing the occasional piece at Hyper and Pixel Hunt, I spent most of my writing energy on a wonderful little site called The Black Panel. Run by Erin Marcon and Karen Jacobson, The Black Panel quickly became my writing home. But when Erin came to me with his plan to wrap up The Black Panel I was all at sea. Personally, I wasn’t done with writing and finding another site to write at that gave me the freedom to be creative like Erin and Karen did would be nigh on impossible.

Sitting at lunch with my wife, at something of a loss, Amy gave me the seemingly simple solution. “Why not start your own thing?” Why not indeed? Thus, despite my severe lack of knowledge regarding web design, editing and graphical design, I decided this was the path to take.  So, in the space of 3 weeks, Amy and I got to work and on the 10th of Feb 2015, Player 2 was born. Of course, I was never going to be able to do this thing on my own so I reached out to my former Black Panel comrades to see if they would be interested in joining me and luckily enough for me (and the sustainability of P2) they were keen to get on board.

So, with a crew of about 8 people we began our journey, thanks to kind introductions from Erin, I had my foot in the door with Games PR in Australia which was a huge boost, but it was still quite the slog to get the wheels turning. Thankfully the PR folks in Aus were willing to take a risk on a guy with no experience and soon we had their support. That support meant expansion and within the first six months, we added six new writers to our crew and began to look at video coverage on a little site called YouTube.

Fast forward to today and we now have over 30 contributors to Player 2. Video, Podcasts and of course written work are our focus and thanks to this dedicated team we have achieved far more than I ever thought possible. In 2018 we were nominated for best Independent Coverage at the Australian IT Journalism Awards, more commonly referred to as The Lizzies. We followed that nomination with a nomination for best gaming coverage in 2019, a nomination that put us in the same category as IGN, Gamespot and Game Informer. The fact that we are mentioned in the same breath as these giants of the industry is something I will forever cherish and never take for granted.

But perhaps the thing I am most proud of at Player 2 is our community’s willingness to care for those less fortunate than themselves. In 2016 we started the Player 2 Charity Marathon, 24 hours of streamed gaming madness to support the Starlight Foundation. In the first year, we raised over $2400. In 2017 we switched to supporting the Terry Campese Foundation, a charity that is close to my heart, supporting the disenfranchised and struggling youth of the ACT and SNSW regions. What followed was three amazingly successful charity events, with the P2 crew and our community having raised over $12000 for the TCF. That money has since gone on to supply country hospitals with gaming equipment for their under-resourced pediatric units and helped to send troubled youths on a mentorship program which culminated in them completing the Kokoda trail. To think that a little community games site can achieve something like this warms my heart and it makes me forever grateful that our readers feel the same.

As far as thanks go, there are so many people to mention. Firstly, the Australian games PR and Publishing community for putting up with me. If it wasn’t for their openness and willingness to help us out with review code, prizes for the marathon and general advice P2 wouldn’t exist. Next my entire contributing crew. Every single one of P2’s writers/contributors brings something special to the table, something unique. My goal for P2 was to be a place for writers to write, without formulas, expectations or guides. P2 was a place for talented people to be free of constraints and the body of work we have produced over five years is evidence of that. Special mentions to my deputy editors, fellow Black Panel alum Stephen del Prado and Paul James, a man who joined us at the 6-month mark. Both of these fine fellows are integral to both P2 and my sanity, helping me and the site more than I can succinctly put into words. My wife, Amy deserves special mention. A constant positive source of encouragement and understanding. She is more than happy to lose the TV for a few nights as I rush a review or offer sage advice on design and graphical elements for the site. Finally, the biggest thanks go to those that read our work, watched our vids and listened to our voices over the past 5 years. You are why we do this, why we create, to bring you all a little bit of gaming-related enjoyment.

So where to next for P2? Who knows, the advantage of not having any corporate commitments means that we are free to head in our own direction so expect the unexpected. But you can count on one thing. As long as we are still publishing gaming-related goodies you can expect us to give you a unique view on the Australian gaming landscape, a view that you will find nowhere else. It may be warped, it may be weird and it may be wacky, but it will be 100% Player 2.