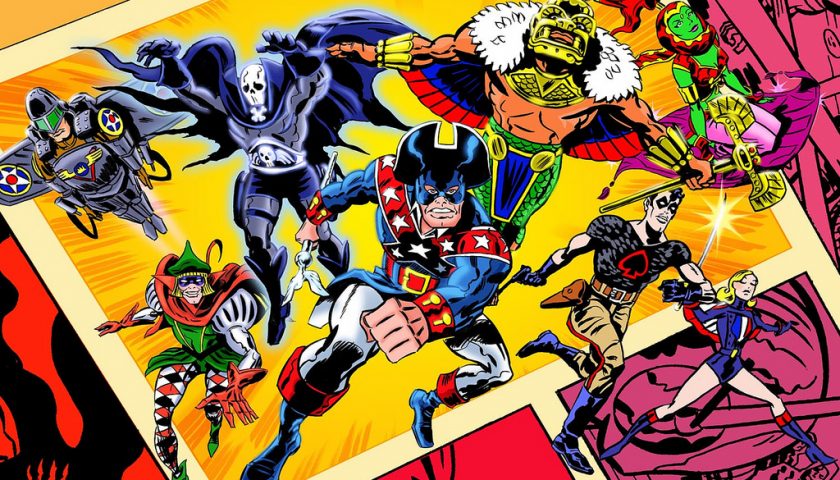 Sometimes a game gets lost to the mists of time, forgotten by players as they move on to the next big thing. These games sit in virtual game shelves collecting virtual dust as the memory of the good times they provided slowly fades from the gaming community’s collective consciousness. But some of these games don’t deserve to be forgotten, they deserve celebration not fading into obscurity. So here are five games from my gaming past that are still wonderful to play today, games that should get another chance in the light and most importantly they are games that, while a little old and out-of-date compared to modern titles, still deserve a spot in your “recently played” list on your PC or console.

As I never owned a PS2, I never got to check out Def Jam: Vendetta, but with its sequel being released on the Xbox, I was able to check out what would end up being one of my favourite games of the generation. Set in a world where real-life rappers and hip-hop artists are members of two rival gangs, players took control of a custom character, who works his way up through the ranks by smashing rival gang members through tables, speaker systems, chainlink fences and even trains. Fight for New York is a wrestling game at heart, but it is also so much more than that. A great story, memorable locations, super tight gameplay and a host of cool characters (Snoop Dog is the main baddie) everything about this game is memorable. Hell, your trainer is none other than Henry Rollins. Sadly though, the game’s sequel Def Jam: Icon was created by a different developer and was, to put it lightly, rubbish, which means the game has fallen off everyone’s radars. But to this day, don’t think I have ever played a more satisfying single-player fighting game than this.

Released in 2002 and developed in Australia, Freedom Force was a fantastic PC RPG based on superheroes in an early 1960’s style setting. Playing as the Freedom Force, players took control of this golden era comics group of heroes as they cleaned up the town and stopped nefarious baddies and their evil plans. The game was certainly more of a CRPG in style, as opposed to the more action-oriented RPGs which were popular at the time of release which led to a lot of people passing over it and while it did get a sequel, Freedom Force vs The Third Reich, the franchise seemingly never took off.  It was such a unique title in a genre that almost exclusively focuses on traditional fantasy or Sci/fi settings it feels like such a shame it never reached greater heights. But the good news is that the game is still wonderfully playable today and can be had for a pittance on Steam and GOG, so even if you missed it upon release, all is not lost. Freedom Force and its sequel are more than worth any CRPG fan’s time, so don’t let it slip you by.

Rockstar, most know for GTA, Red Dead and Table Tennis simulations, took on a licenced property during the PS2/Xbox era and brought their signature open-world stylings to it in a way no one ever thought possible. The Warriors was based on a cult movie from the ’70s about gang warfare around Coney Island and the game served as a sort of prequel to these events. This was, in my mind at least, a much better game than Grand Theft Auto 3 and Vice City, probably even on par with San Andreas as far as Rockstar’s achievements for that generation goes. It fused the open world with the movie’s striking aesthetic while providing an interesting story and some truly entertaining missions and beat-em-up gameplay. As there wasn’t a PC version, this game is hard to play today (though it is on the PSN I believe), but if you get the chance I strongly recommend you do, it is one of the best film tie-ins I have ever played and it deserves to be remembered as such.

The Driver franchise is a bit of an odd one. One good(ish) game started it all and it was soon followed by sequel after sequel, each getting progressively worse than the last. That all changed with Driver San Francisco, a title that took car games in a direction that no one would have ever expected. It went Metaphysical. Starting off as a generic car-based adventure, things took a massive left turn in the weirdest way possible when the player discovers he can float out of his own body and possess any other driver on the road. As crazy as this sounds, it works beautifully and adds a whole range of new tactics to racing style events. Losing a race? Why not take control of an oncoming bus and wipe out the competition or block the road? The whole game was built beautifully around this concept and mastering it was a thing of pure joy. Still available on PC, this is a game that deserves to live in our minds forever, if only for the totally bonkers concept it was based on.

One of my favourite games of all times, Jade Empire is something of a black sheep in Bioware’s back catalogue. Jade Empire, originally an Xbox exclusive was the first attempt by Bioware to create their own world and story. Up until that point they had only worked on titles that were based on existing IP like Star Wars and Forgotten Realms. In my mind, they knocked it out of the park with Jade Empire’s eastern setting, free-flowing combat and deep story. I was totally wrapped in every second of this game and since its release in 2005, I would say I have finished this game on no less than 8 occasions. While I live this game will never be forgotten and I live in hope that one day we will see a sequel but until that point, I am content in replaying this gem and saving the Water Dragon one more time.

So there you have it, 5 forgotten gems from my gaming past that I feel deserve more attention. Am I right? Am I wrong? Let us know on Twitter or Facebook and stay tuned for a new edition of Lazy Writing soon.