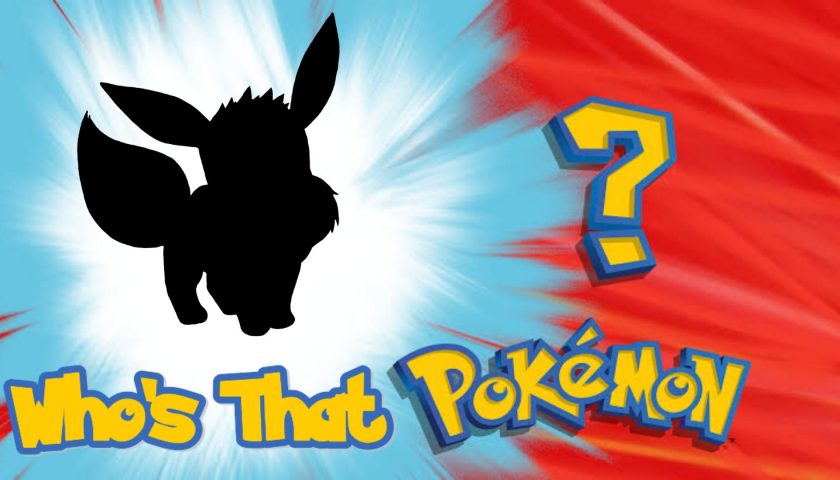 Pokedex Entry: “Its genetic code is irregular. It may mutate if it is exposed to radiation from element Stones..” (Pokemon Red/Blue)

“Tracing a path through the woods, the party comes across a tree baited with a plate of food and water. An Eevee is bound to the trunk with string. The address, Stone Town, block 3, number 14, along with a name—apparently that of the Eevee’s master—are written on a piece of metal hanging from the Eevee’s collar. Consulting their map, our heroes find that Stone Town is directly in front of them. They decide to take Eevee to the address on its collar and find out what is going on. When they reach the address, they find a huge home as exquisite as a Beverly Hills mansion. From inside, they hear loud cheers and applause. Could this be the home of this Eevee’s master?.”

I was given the first choice for our second Pokemon and I, predictably, chose Eevee. I’m fairly well known as an Eevee celebrator but it wasn’t always the case, it was a decision, a choice.

When I was in primary school, back in the dark ages, Pokemon was all the rage. Everyone watched the show, lots of kids played the games. Depending on when Cheeze TV slotted it in I wasn’t always able to watch and I certainly wasn’t allowed to play the games but I was still a huge fan.

Because of this, I absorbed Pokemon through any method I could and a part of that was talk on the playground. Everyone would talk about their favourite Pokemon, lots of fans of starters, Pikachu devouts, and other random little monsters would crop up – this was before Eevee got big. I never knew what to say, I didn’t have a favourite. I had some designs I didn’t love and others I was a bigger fan of but a favourite was a stretch. I wanted to be a part of the conversation so I went looking.

Animal designs were some of my favourites like Vulpix and Growlithe. I loved majestic Pokemon like Dragonaire and Articuno, badass Pokemon like Charizard and Gengar,and cute Pokemon like Mew and Sandshrew. There was so much choice and I hated being locked into a type, a design, an idea… and that’s why I chose Eevee.

Eevee is a cute little fox with a fluffy neck but the design wasn’t the selling point, it was the idea. The idea that there were choices still to be made with Eevee, options. Unlike Ditto, Eevee doesn’t merely copy, they have their own identity. To me, Eevee are a symbol of potential, adaptability, and change while maintaining a solid sense of who they are. Just like Eevees can, I made a choice to make them my favourite and though some other Pokemon now days embody some of those same ideas, I stand by my choice to have choices.

Eevee is on many peoples list as their favourite Pokémon, and why wouldn’t it? It is super cute and has many unique and cool evolutions. But to me Eevee represents something completely different.

Yep, you read right. During episode 38 of the first season of the Pokémon anime, Ash and friends come across the “Eeveelution” brothers who host a ginormous party filled with plenty of delicious food. When I was a kid I would come home from school, put the video into the VCR, rewind it and watch the episode while having a tasty snack like pizza or noodles. To this day I still associate Eevee and that episode to getting to sit back, relax and dig into some of my favourite foods. All this writing is actually making me hungry, maybe I’ll watch the episode while I eat tea tonight.

Eevee is fairly generic. A Normal-type Pokémon, moveset similar to that of your typical Route One rodent. It’s cute and charming, but otherwise, it’s very much a bland Pokémon. Now before you read further, insert the name of any Pokémon you consider a generic series fill in. It fits, right? But as soon as you categorise Eevee like that it brings forth the thought of “Hey man, don’t do Eevee dirty like that.” – and that’s exactly how you should feel in this scenario.

We all know that Eevee is the perfect blank slate for something extraordinary. Since generation one Eevee has been the ultimate build-a-bear Pokémon, one that has grown with time into something far greater than just that canvas of red, blue and yellow to something far larger. Just like having a favourite colour, you also probably have a favourite Eeveelution and if you don’t, like the great Reggie Fils-Aime once said; “What’s wrong with you?”

Truth is that I didn’t care much for Eevee until Generation 2. Umbreon got a slot on my team by coincidence when I decided to train one, not knowing that Eevee had gotten 2 new evolutions that generation. It became a partner Pokémon in my team alongside Typhlosion and ever since I have actively had one trained Eevee in every game. Hell, I’ve actively shiny-hunted 5 separate Eevee. I’ve seen so many snow-white fluffballs that you would swear I had an obsession. I’ve even bred two in Sword and Shield; one for myself and one to send to a friend in America for her to call her own, and not once did I care how long it took.

I think that’s what is special about Eevee. Having one on a team is part mood ring, and part versatility. Depending on what you want from it it can become one of eight different typings, all with their own varied movesets and portray certain personalities. No matter how long Pokémon continues, it’s this fact that keeps it on my team.

Now the question is, it’s been two generations now without a new form to raise. When is the next one due? Only time will tell.

Eevee is nothing more than a means to an end as far as I’m concerned. Having the most malleable DNA of any other Pokemon is cool, and some of the evolved forms are exceptional, but Eevee itself is kinda lacklustre. I never quite understood the fandom, especially when it peaked with the launches of the Let’s Go games in 2018 – fans of Eevee wish that it was anywhere near as popular and iconic as Pikachu.

I’ve had plenty of good times with Eevee of course, it’s very flexible evolution tree means that throughout every Pokemon entry I’ve endeavoured to farm as many Eevee as I can and then evolve them into each of the Eeveelutions. This was highlighted the most during my years with Pokemon GO where I was tortured by the fact that the only 100IV Eeveelution I had been unable to get was Umbreon, making the hunt during Community Days and whenever a nest popped near me all the more intense. Flareon for MVP of that famous family.