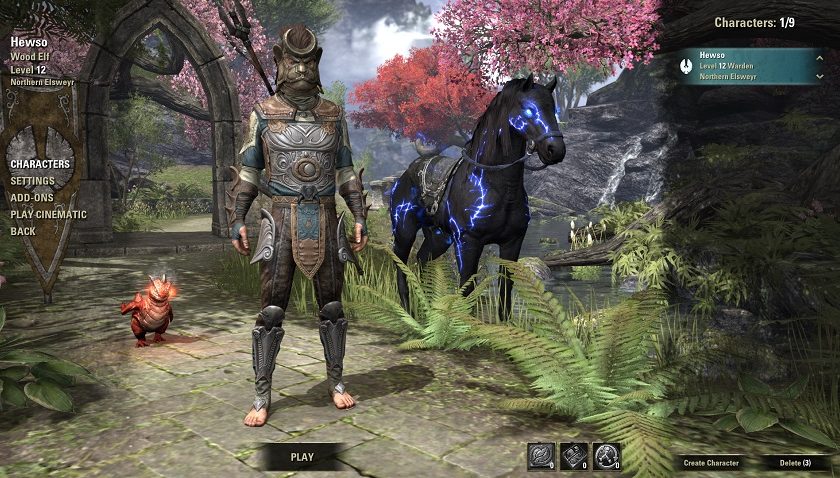 MMO’s are huge, expansive experiences that take a massive amount of time to explore and engage with. This leads us to the current situation, with a large portion of the population in isolation, now is the time to dive into something this grand and that is exactly what Matt decided to do.

Isolating with ESO: Part 1 – The Right Time To Dive In

MMO’s are a strange beast for me. I have always watched them from afar, marvelling at their structure and the dedicated crowds of players they continue to inhabit these gigantic games. Massive groups of people working together to achieve a goal, tame the land and most importantly, score sweet loot. It really is a thing of beauty. But for me, I have always been little daunted by the prospect of spending so much time on one game. I have always felt like it was just too much of a commitment for me. In fact, the last time I played an MMO was The Secret World when it was released in 2012 and I only did that because I was reviewing the game.

But times are a little crazy right now, people are stuck at home more and suddenly I feel like I might just have the time to dive into one of these epic adventures. So I looked at the options. The Old Republic was a possibility, I do like some Star Wars action, but I am still bitter about not getting a proper KoToR sequel so I passed. WoW was next on the list and honestly, I feel like there is too much baggage there. So that brought me to Tamriel. The Elder Scrolls Online has a great reputation right now, with all the talk about how much effort Bethesda have put into making it a cracking title. Add to this the fact that I am awfully partial to some Skyrim action (who isn’t?) and it was clear, this was the MMO for me. So with a fresh 80 gig install, I was up and running, ready to immerse myself in a genre I had neglected over the years.

Logging in for the first time I was greeted with the toughest part of any big RPG, the character creation screen. What boosts do I need? Which class will suit me? Do these purple pants look good on a Dark Elf? These important questions all needed to be answered so I lingered here, examining my possibilities. I purposely haven’t researched about builds or classes because I want this to be a journey of discovery. I ended up settling on a Wood Elf, which seemed to have a good mix of healing and offensive skills. To my untrained eye, the Wood Elf looked like the perfect all-rounder, something I felt would be good for my first character, especially as the chances are high that I will be playing mostly solo.

With the tough choices made, it was time to dive in and see what all the fuss was about. The first thing I noticed was how impressive everything looked. My understanding of the genre was that as a whole the games didn’t look the greatest because of the demands on networks, servers and the like but with ESO I was immediately impressed. It isn’t to the level of The Witcher 3, but for the most part, it is pretty much the equivalent of the Skyrim Enhanced Editions so that is quite impressive. I was dropped into the land of Elseweyr, home of what seems to be the most popular species in Tamriel, the Kahjiit. These feline-inspired folk lead me through the traditional tutorial, giving me a heads up on what all the buttons and switches do before sending me off into the wilderness to find my fortune. It was all very approachable and never did I feel overwhelmed.

What did get me into a bit of trouble was that this game, despite looking like a single-player Elderscrolls title, doesn’t play the same at all. This is where the traditional MMOing comes in to play. I kept forgetting that spells and abilities have timers and delays, causing my death on more than one occasion. But once I had adjusted to the change, I began to get into the rhythm of the game, exploring, questing and basically getting a grip on this world I had just entered.

Currently, I am at level 12 or so and the game is really just starting to open up, with guilds, multiple quest lines and my own personal house to act as a home base. So far I have been playing as a solo warrior, going from quest to quest, gradually levelling up and adding new abilities to my repertoire. But there was one instance that I wanted to highlight, something that really showed me the potential of the multiplayer side of things. As I was wandering from towards a quest marker I heard a sound that raised the hackles on the back of my neck. Fus Roh Dah, the call echoed from the mountains. A dragon was in the vicinity. I snuck around the corner to check it out and found dozens of other players in battle with the giant beast. So without thought for my inexperience, I charged down the hill into the fray, throwing spells with wild abandon. It was absolute chaos with AOE attacks, healing spells, fireballs and lightning bolts crashing around. I had no idea who was doing what, but boy was it a lot of fun. Eventually, the dragon went down to our combined might, a nice Exp bonus and some new togs the reward, but really, the event was more than worth the effort for the fun it provided.

So as I go further into the game I find myself getting slightly addicted. There is something cathartic about the ESO experience. It is nothing amazingly new, but there is a comfort in the gameplay loop that is perfectly suited to my current life. As a way to just escape the world, ESO really does excel. Please stay with me for more Isolating with ESO in the future, as I dive even further into this massive MMO.